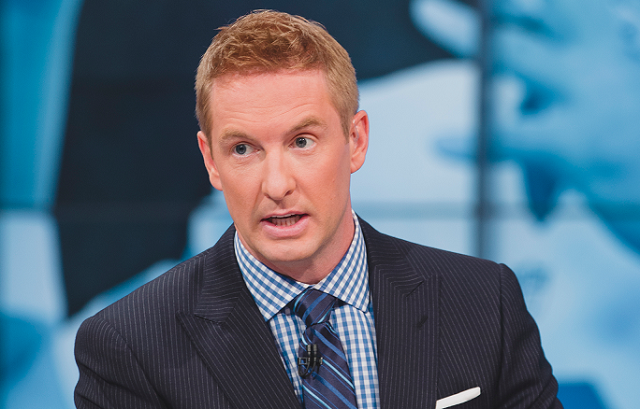 College football fans were happy to have their favorite sport back on Friday night with California and Hawaii playing in the Sydney Cup in Sydney, Australia. Fall Saturdays spent in front of the TV, at the tailgate, and in the stadium are on the way!

But much of that joy was quickly dampened by the lackluster broadcast on ESPN. The buzzkill turned to annoyance, even outrage, once it became clear that broadcasters Allen Bestwick, Mike Bellotti were not calling the game on site in Sydney, but from a studio in Bristol, Connecticut.

But many broadcasters are just like us! Others in the industry didn’t care for ESPN having its announcing team call a game from a studio instead of at the stadium. Among those who most certainly didn’t care for ESPN’s Friday Cal-Hawaii broadcast was Joel Klatt. Sure, he works at rival FS1, but his comments are worth a read. Or a listen, if you listen to Fox Sports’ The Audible podcast, during which Klatt made his remarks in conversation with Stewart Mandel and Bruce Feldman.

That is certainly a strong, passionate opinion, coming not just from a fellow broadcaster and former player, but a college football fan as well. Klatt said what many other fans were thinking as they watched the broadcast, that the announcers were out of touch from the game and easily digressed since they couldn’t engage with the scene itself. As our Ben Koo pointed out, calling a game from a studio prevents the announcing team from providing insight and context for the game at hand. And they had no feel for what sort of atmosphere was in the stadium at Sydney.

Unfortunately, the economic realities of television these days mean that studio broadcasts aren’t going to be retired in the near future. (Klatt doesn’t have to look any further than his own employer for an example, but maybe he was criticizing FS1 too.) Yet the hope is that networks keep such aberrations to a minimum and, as Klatt put it, show the game and its audience the respect they deserve. It’s impossible to enjoy a game when the broadcast won’t let you lose yourself in the action and engage as a fan.