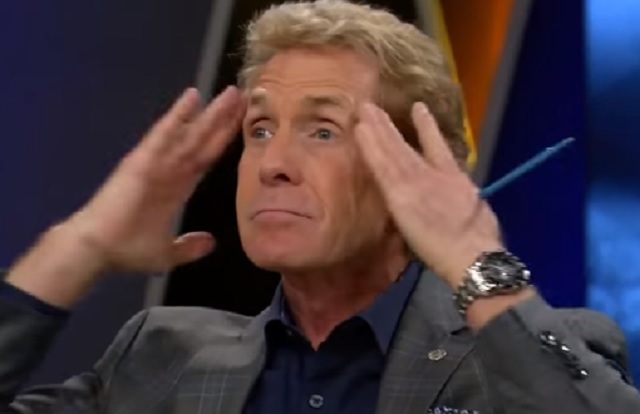 The early morning sports television landscape might soon get a little more crowded. According to Sporting News‘ Michael McCarthy, FS1 is developing a morning show that would provide a lead-in to Skip and Shannon Undisputed. The program would begin at 6 a.m. ET and throw it to Undisputed, which begins each weekday morning at 9:30 a.m.

Such a show would also compete with other early morning sports programming, notably ESPN’s 7 a.m. SportsCenter, which has been a success for the network since debuting in February. But plenty of other sports networks have also attempted to fill that time slot between 6 or 7 a.m. and 9 or 10 a.m. ESPN 2 has been running a simulcast of the Mike & Mike radio show for years. NFL Network has its Good Morning Football show, while MLB Network has its Hot Stove and MLB Central programs during the offseason and regular season. Additionally, the Golf Channel has Morning Drive, NBC Sports Network runs Pro Football Talk, and CBS Sports Network has a simulcast of the Boomer and Carton radio show in the mornings.

That’s not even considering all of the morning news and entertainment programs which run on the broadcast networks and cable news channels, which have become big business. NBC’s TODAY and ABC’s Good Morning America have become signature shows — most importantly from a news perspective — for those respective networks. CBS This Morning has been a success. The competition is tough on cable as well, especially during the presidential election season, with Fox News’ Fox & Friends, CNN’s New Day and MSNBC’s Morning Joe.

But FS1 reportedly feels it has to do something to compete during the morning hours, to establish a presence and attract viewers to what’s become valuable TV real estate. The network currently shows game replays or sports documentary reruns in that early morning time slot, not providing much of a lead-in to an Undisputed show in which Fox Sports has invested heavily with talent and promotion. FS1 believe Undisputed would benefit from a live lead-in, bringing in an audience and keeping it tuned to the channel, much as Undisputed does by leading directly into The Herd with Colin Cowherd.

As McCarthy reports, FS1’s development process for the new morning show is in the very early stages and a program likely wouldn’t debut for months. Perhaps the network is looking at having the show ready to go after the new year, when the College Football Playoff National Championship Game and the NFL Playoffs will be dominating sports discussion and commentary. Unlike other FS1 live programming, the morning show would likely be produced on the East Coast because of its early time slot.

So who would host a FS1 morning show? According to McCarthy, Nick Wright is one name the network is eyeing for that role. The radio personality joined FS1 earlier this year, jumping from hosting a sports talk radio show in Houston. He’s been a frequent guest on Undisputed and The Herd, becoming a familiar face and voice to viewers as the network develops a weekday show for him. If a morning show is now a priority for FS1, it makes more sense to put Wright there than on an afternoon show between The Herd and Speak For Yourself.

All of this is quite a change from the days when TV and radio executives believed that no one would tune in for sports talk during the morning. That time was reserved for local news and weather as people got ready for work and school. Obviously, viewing and listening habits among sports fans have changed significantly over the past 10 to 15 years, and the networks that provide content for that audience has had to adapt.