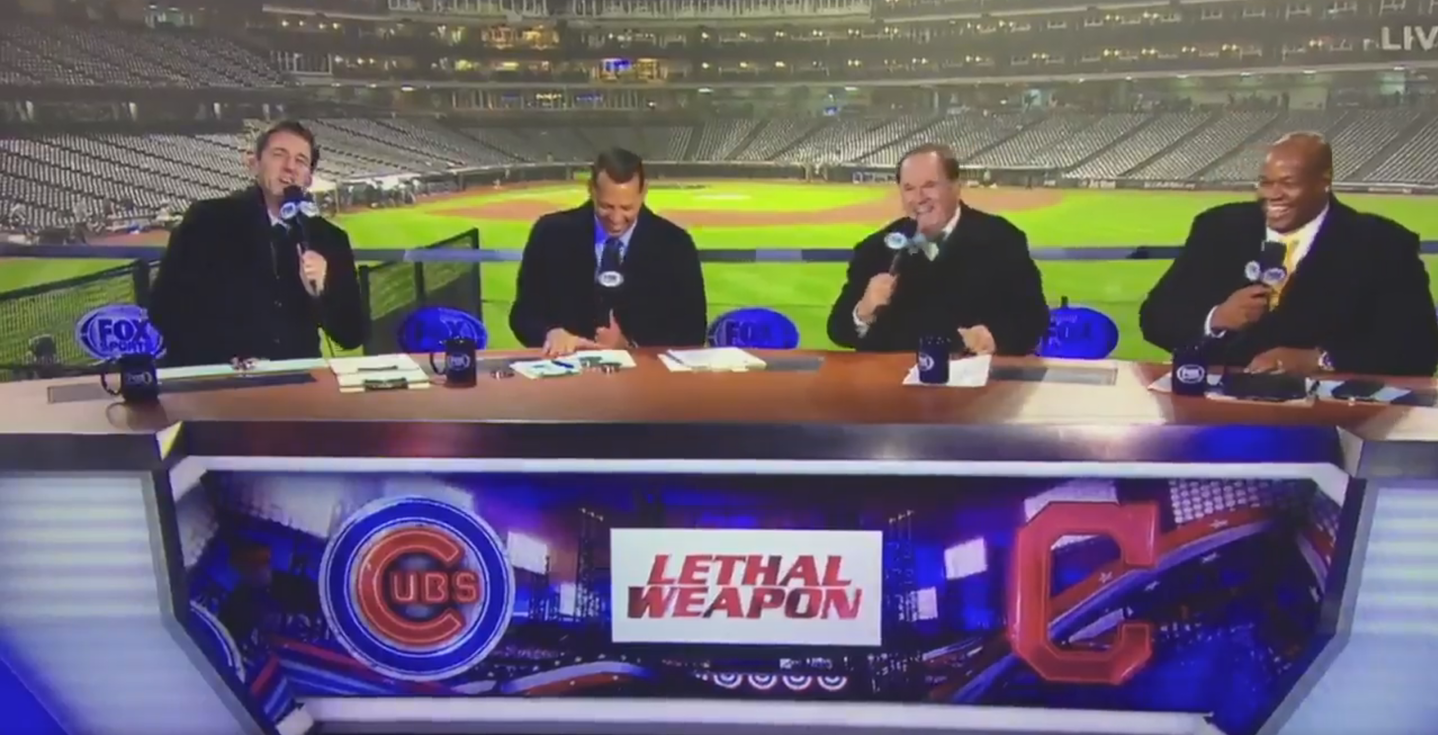 Believe it or not, there’s no law of the universe saying a baseball game must take a commercial break between every half inning.

Though we’re all conditioned to expect a barrage of ads following the third out of any frame, Fox is experimenting with a new model. During Game 1 of the World Series on Tuesday, the network declined to go to a break in the middle of the third inning, instead cutting to its studio team.

Digiday has the details:

The “commercial-free break,” which ran for two minutes and 30 seconds, was “brought to you by T-Mobile,” Fox Sports studio host Kevin Burkhardt said when introducing the segment. The T-Mobile One logo for the carrier’s unlimited phone and data plan was plastered on the studio desk as well as on the graphic that appeared on the bottom of the screen for most of the segment. The break ended with Burkhardt doing a 30-second live read about the T-Mobile One campaign.

It was the first time Fox Sports replaced a standard commercial break with a sponsored piece of content — a native ad — and it’s something the broadcaster wants to do more of going forward.

If a sponsored studio hit allows Fox to recover anywhere close to the income it loses from forgoing a commercial break, this is a win for everyone.

Commercial breaks invite viewers to change the channel, and sometimes they never switch back. Cutting to studio analysts instead keeps fans engaged with the broadcast and presumably increases their likelihood of sticking around. Almost any viewer, regardless of what he/she thinks of Pete Rose, would rather watch some quick mid-game analysis than another Cialis commercial. A model that encourages viewers to stick around is both good for fans and good for the network.

In a way, avoiding commercial breaks can even help baseball’s “pace of play” problem. Part of the reason baseball sometimes feels slow, especially in the late innings, is the pitching changes and the accompanying pauses. In these playoffs we’ve seen instances of three or even four calls to the bullpen in a single inning, with ads between each one. If instead of cutting to commercial during every pitching change, a network instead occasionally went to the studio, the break wouldn’t feel quite as burdensome, and fewer viewers would be likely to complain.

NBA broadcasts often stay in-arena during 30-second timeouts late in games, and NFL broadcasts don’t cut to commercial after every kickoff. Baseball rights-holders should seriously weigh the benefits of sacrificing commercial breaks to keep the audience’s attention, as Fox did Tuesday.

Digiday reports that, while Fox wouldn’t say how much T-Mobile paid to sponsor the mid-inning segment, networks typically ask advertisers looking to buy out a full commercial break to cover the full cost of the ads they’re replacing. But clearly a discount is order, given that that the network gets to promote its own talent during the broadcast and entice viewers to stick around during the break.

Fewer commercials in baseball games can help everyone. Let’s make it happen.