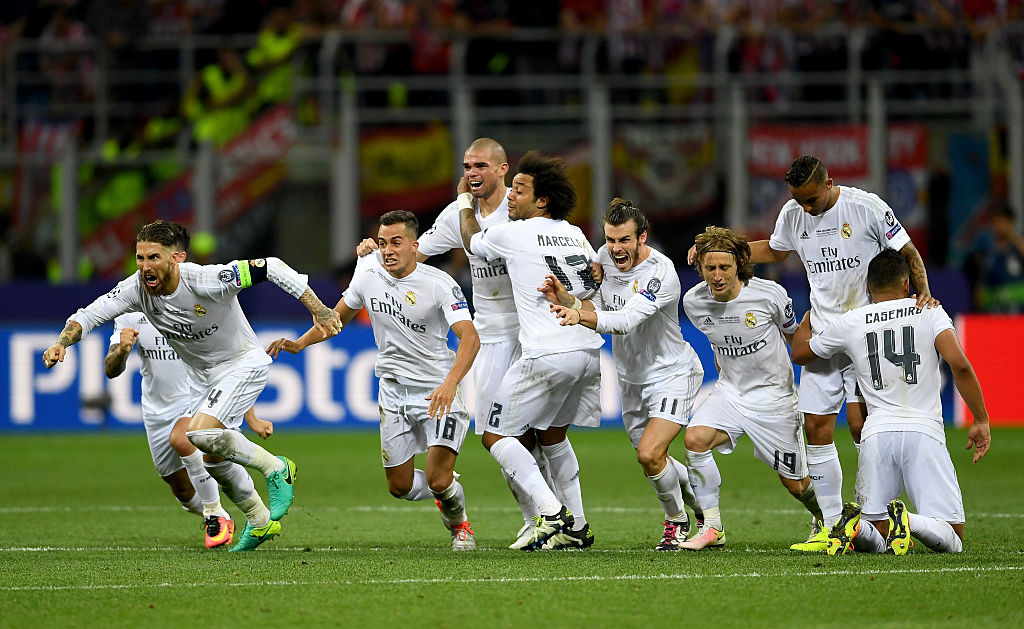 Of America’s major networks, FOX holds the rights to soccer’s biggest matches as the broadcast network of the World Cup and the Champions League. FOX has made the Final a high profile event in the United States since making the decision to start airing it on network TV, using the match to boost the profile of their soccer coverage on FS1.

In regards to the ratings, FOX has been successful as a broadcaster of the Champions League, drawing solid numbers for the sport for the Final each season. Benefiting immensely from the growth of the sport in the country, FOX has enjoyed their success so much that they made the decision to extend their rights to 2018 on a new deal that began in 2015.

FOX Sports has a polarizing history when it comes to their international soccer coverage, especially with regards to the Champions League Final. Viewers who are turning out for the Champions League all season have witnessed an up and down quality of broadcasts they have been given by FOX. Former USMNT players Alexi Lalas and Brad Friedel often coming under fire from hardcore fans and there are the gripes of mispronounced club and player names as all it takes is a quick Twitter search to see how fans feel about FOX’s broadcasts deep into their run as right holders for the Champions League.

FOX chose to use the world feed with announcers Tony Jones and David Pleat instead of their own in-house team.

Pleat, a former fixture in the EPL with Tottenham, was the analyst for the world feed in the broadcast booth and unfortunately for the former Spurs manager the reviews have not been kind. Pleat referred to Atletico as “Athletic” and butchered a few of the player names. FOX chose to use the commentary from the world feed instead of going with their own broadcasters like John Strong and Brad Friedel, who called the Europa League Final, and maybe they would have been better off. The commentary from Pleat was woeful at times due to his mispronunciation problems.

As the play-by-play man, Jones was the shining light in the broadcast booth for the final as the second half of the world feed’s English duo. Jones, who has called all three of soccer’s major international tournaments (World Cup, Euro Cup, Copa America) was the best of the commentary duo and lacked the errors of Pleat. While FOX has given their national team coverage a more Americanized voice in the broadcast booth, they decided to go with the international feed throughout the Champions League this season.

In the studio, host Rob Stone was joined by analysts Alexi Lalas, Warren Barton, and Eric Wynalda. Brad Friedel was on-site at the stadium to provided analysis as well.

The FOX pre-match show with Stone, Lalas and co. was hard to get a feel of due to the heavy amount of commercial breaks that FOX put in to offset the lack of commercial break during the match. It seemed there was little time for any sort of flow to get going, something that could have been frustrating for viewers tuning in for the first time who were potentially trying to learn the background of the two Madrid sides.

FOX even went to a commercial break during Alicia Keys’ pre-match performance to show just how heavy the ad stoppages were during their coverage. There needs to be ad revenue generated to justify showing the match on their free to air major network, but FOX failed to find a balance that didn’t come at the cost of the viewer having to sit through a two minute commercial break after a short burst of prematch buildup.

FOX did do a good job of their halftime show despite the lack of time they had to get their analysis in, with quality graphics packages to break down Real Madrid’s early goal in the first half as well as the tactics over the first 45 minutes. It is just a shame that more time wasn’t given.

Stone made an off-color comment regarding Cristiano Ronaldo and Atletico Madrid’s Yannick Carrasco’s girlfriend, a tasteless moment that drew the FOX soccer studio host massive heat after the game.

Stone covered the Women’s World Cup for FOX, which makes it worse as the studio host made a needless comment in a moment where Cristiano Ronaldo’s title sealing penalty kick should have been the focus.

Barton provided good insight throughout the match, but following the Real win on penalties he made a comment about manager Diego Simeone not respecting the game by trying to rally the Atleti supporters during the penalty shootout. A comment that drew the attention away from the passion of the match and turned it into a perceived negative.

Warren Barton going on about "respect for the game" in reference to Simeone when Pepe is a player who exists.

With much of the drama of the match being provided from the emotions of the two sets of fans in a city derby in the Champions League Final, Barton’s comment drew plenty of critics in the Twitter search bar for claiming that Simeone was disrespecting the sport by trying to bring even more passion to the match. With much of soccer’s selling point being the atmosphere of big games, Barton could have been wiser in his criticism of Simeone trying to add even more to what was a thrilling match.

The highlight of the analyst brigade was Friedel, who was on location at the match, which gave him a reduced role that he filled well. The former Aston Villa and USMNT keeper is a fixture for FOX’s soccer coverage that isn’t going away anytime soon being named lead analyst alongside John Strong for the network’s Copa America coverage. Friedel got the information he needed to get out and avoided any glaring errors in what was a solid day as part of the on-location coverage pre-match and at halftime.

While diehard soccer fans may be less than impressed by FOX’s coverage, the network is doing a better job growing the sport with World Cup, Champions League, and Bundesliga coverage getting major air time. A part of the struggle of growing in-house talent is turning that talent into household names. For the Champions League, FOX is trying to find the right mix of emphasizing media talent from England and creating American names that resonate with the viewer. Something the network is attempting to do with Lalas and Stone along with Friedel to varied success.

FOX have made themselves the home of the Champions League and deserve a good part of the credit in making the tournament a marquee event amongst US sports fans. It’s something they can continue to build upon with a successful Women’s World Cup on the road to the 2018 World Cup. While it may not be the perfect cast of names, it is a combination for FOX that is likely not going anywhere as FOX’s coverage of major soccer matches has been one of their rare successful ventures on FS1 so far.

View all posts by Chase Ruttig