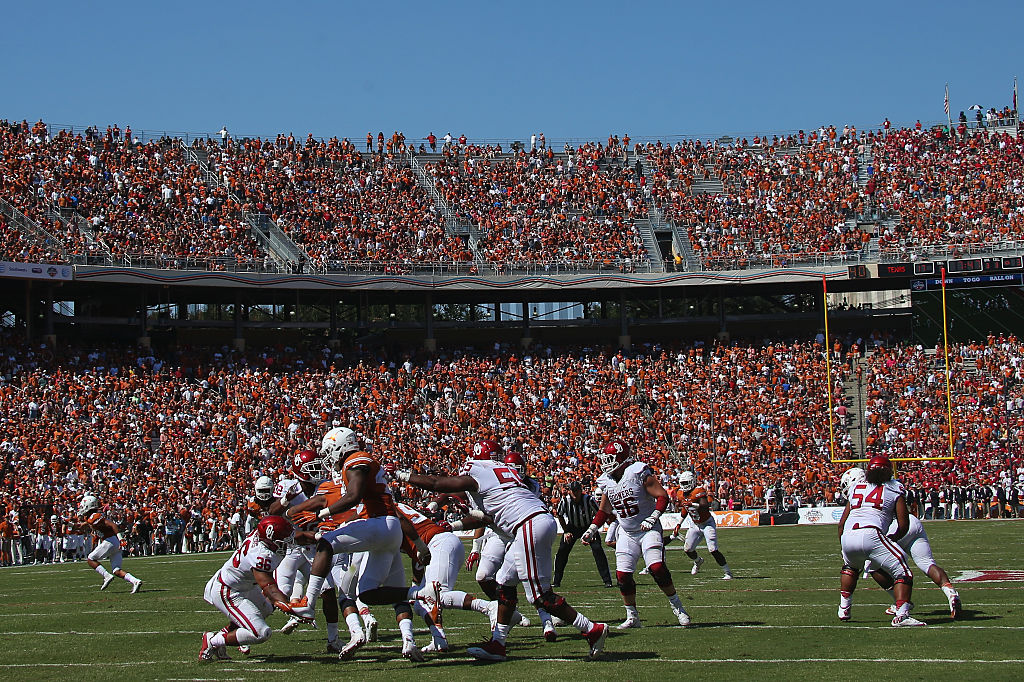 The first few weeks of Fox’s college football schedule this fall will have its share of ugly non-conference games (mainly airing on FSN affiliates as opposed to Fox or FS1), but Fox has also pulled a couple of great matchups in the early going of the season – including both Ohio State-Oklahoma and the Texas-Oklahoma Red River Rivalry.

Fox announced the early part of its college football schedule on Wednesday. The season kicks off with Kansas State vs Stanford on FS1 on Friday, September 2nd, and continues on September 3rd with Missouri-West Virginia and BYU-Arizona, both on FS1.

September 10th features four games on the national networks, including the BYU-Utah Holy War on Fox, and Central Michigan-Oklahoma, SMU-Baylor, and Texas Tech-Arizona State on FS1.

September 17th sees the aforementioned Ohio State-Oklahoma game on Fox along with Iowa State-TCU on FS1. The Buckeyes-Sooners matchup will have plenty of competition on network television, though – ABC is airing USC-Stanford, and NBC has Michigan State-Notre Dame in primetime.

The Red River Rivalry will air on October 8th on FS1, its first time on a Fox Sports property. The kickoff time for that game hasn’t been announced yet, but the game could be going up against Florida State-Miami, Alabama-Arkansas, and LSU-Florida, all of which are quite tasty looking games on paper.

So far, it’s looking like Fox will have a strong schedule for the 2016 season. But then again, that can all change once the conference schedule starts if Fox is stuck with turds like Kansas-Iowa State.