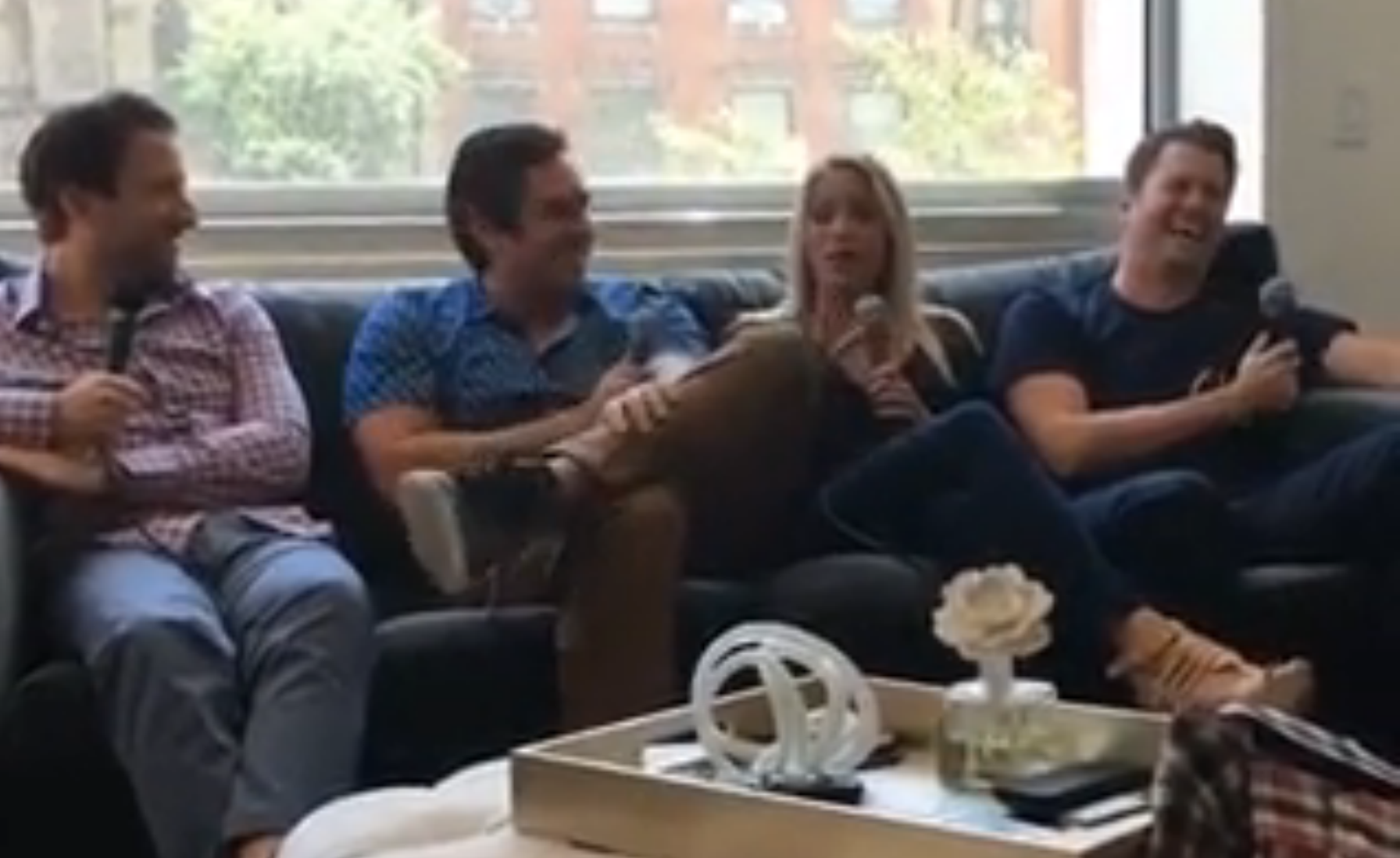 Austen, who reports on Tampa Bay Rays and Orlando Magic games, unleashed a string of offensive comments, directed at various groups in a now-deleted Facebook Live video. According to Deadspin, Fox Sports Florida senior vice-president Steve Tello said she is “not scheduled to appear on any upcoming FOX Sports Florida or FOX Sports Sun broadcasts,” in light of her “insensitive and derogatory comments.”

UPDATE: Business Insider is reporting that Austen has been fired by Fox Sports Florida.

Multiple sources confirmed to Business Insider that Austen, who was serving as a sideline reporter for the Tampa Bay Rays and Orlando Magic broadcasts, has been fired for her comments and will not appear on any future game broadcasts.

Austen started off the worst three minutes of her career by calling Kevin Love “a little bitch” because he’s missing games with a concussion, then clarified that actually Love is just “a little bitch” in general.

Then came some good old fashion racism. In a conversation about the Texas valedictorian who announced at her high school graduation that she is an undocumented immigrant, Austen said, “I didn’t even know Mexicans were that smart.” She tried to soften (?) that remark by saying “I know that’s f*cked up, I didn’t mean it like that,” then made things worse with her attempt at an explanation: “You guys know that the Chinese guy is the smartest guy in math class.”

Asked what she thinks of black people by a host anxious to get more of these lovely takes on air, Austen said that she “loves black people. I love all people.”

Austen was apparently unsatisfied with having offended only half of North America, because she threw in some shots at Jews for good measure, noting that because she’s from Boca she knows all about Jewish penny-pinching and then sharing an anecdote to affirm that stereotype.

The video is no longer on Barstool’s Facebook page, but was posted to Vimeo and is being passed around Reddit. Bartstool posted this note about the show’s disappearance:

So we tried an experiment today. We used Facebook Live for the rundown so people could watch it raw. Then we (Hank probably) somehow deleted the video which was supposed to be edited for the actual show today. Long and short of it is if you didn’t watch it in real time you missed it.

We should note that Austen isn’t the only one in the clip who looked like an ass. At various points, the Barstool’s hosts applauded Austen’s stereotyping, said “That’s a good point,” to her comment about Chinese kids in math class, said Jews were stingy and gleefully dubbed her “Trump Jr.” after her comment about Mexicans.

But being offensive is a key part of the job description as a Barstool Sports personality, so these guys will be back at it again in no time. Austen, on the other hand, apparently won’t on TV for a while.