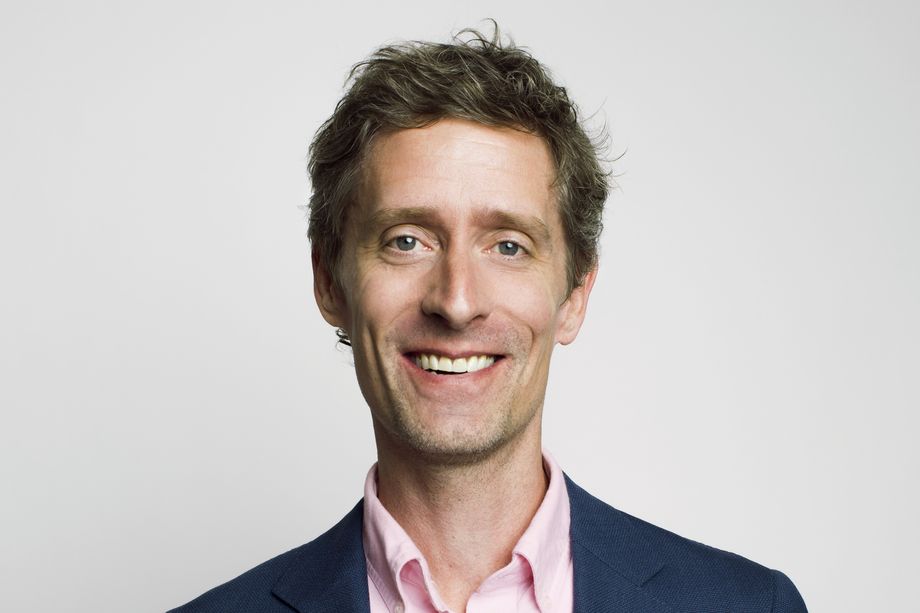 Sports Illustrated has been making some big moves lately, including the launch of a “Tech and Media” vertical, Chris Stone’s ascension to group editorial director, their extensive web redesign, Jim Cavan’s hire as editor-in-chief of SI Group site Fansided.com, and SI’s content- and ad-sharing deal with Fox Sports.

Now they have a new man in charge of the digital side for all of the SI Group properties: Mark McClusky, who joins from Wired (and is the second big recent departure from that title). Here’s more on McClusky’s hiring from SI’s release:

Award-winning journalist and digital trailblazer Mark McClusky will become the new Digital Editor for Time Inc.’s (NYSE: TIME) Sports Illustrated Group, it was announced today. McClusky has been at the forefront of digital innovation for nearly two decades. He joins the SI Group from Wired, where as Wired.com Editor he achieved record traffic and garnered several top industry honors, and as Head of Operations overseeing product, business and audience development he delivered groundbreaking initiatives and product extensions.

McClusky will shape the digital strategy for Sports Illustrated, Golf, SI Kids and SI Swimsuit, including oversight of their digital news gathering operations, social and video teams. He will also orchestrate deeper collaboration and cross-brand initiatives throughout the company, including on a daily basis with the FanSided Network and SI Play and SI Group partners Fox Sports and 120 Sports. He begins on September 26, after relocating from San Francisco, and will report to Time Inc. Sports Group Editorial Director Chris Stone and Time Inc. Digital Director Will Lee.

“Mark is another game-changer for us. He’s a leading-edge innovator—not just from a journalistic and content development standpoint, but also from a product and operational standpoint,” said Stone. “The depth of his knowledge and appreciation for Sports Illustrated, coupled with his proven track record of innovation and change, uniquely positions him to continue SI’s transformation as a leading digital sports voice. We are thrilled.”

…While Editor for Wired.com (2013-2015) the site posted record traffic and readership numbers and garnered industry recognition for editorial excellence, including eight Webby Awards and three National Magazine Award nominations, two of which were brand-wide nominations for General Excellence (2014, ‘15). McClusky then transitioned to Head of Operations, leading product, technology, audience and business development for the entire brand, a role he held until joining SI. In that capacity he spearheaded a groundbreaking initiative to offer ad-blocking users an ad-free subscription to Wired.com; led a first-of-its-kind editorial partnership between Wired and SI about the future of football; and developed the brand’s expansion across emerging platforms, such as Facebook Instant Articles and Google AMP. He was also editor of the newsstand-only Wired Test magazines and created Playbook, its sports technology blog.

“There’s never been a better time to be a sports fan, and there’s never been more of a need for the high-impact stories that Sports Illustrated tells better than anyone else,” said McClusky. “With innovation and smart investment the SI Group is well-positioned to deliver these stories across the booming digital universe. I can’t wait to help the team push the boundaries of content creation to build on its momentum and deliver new experiences to sports fans everywhere.”

Interestingly enough, McClusky has worked at SI before. He started as a reporter at the magazine, was one of the founding editors of SI’s website, and was a staffer for their 1996 Olympic Daily publication.

While much of his work since then has focused on the tech side (including roles at Mobile PC and EA.com), he has further experience in sports, too, including his 2014 New York Times best-selling book Faster, Higher, Stronger: How Sports Science is Creating a New Generation of Superathletes, And What We Can Learn from Them. It’s certainly notable to see him return to sports in a big way, and it will be well worth watching what he does with SI’s digital side.