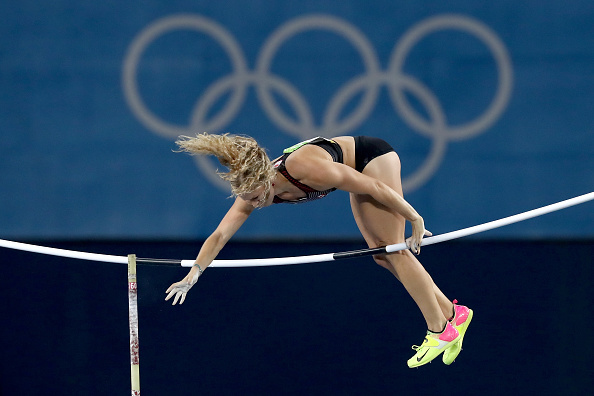 If you’ve watched Olympics track and field coverage on NBC, Dwight Stones was the man who reported on the field events. But he was noticeably absent in Rio this year as Todd Harris and 2012 decathlon silver medalist Trey Hardee commented on the action. Stones worked for ESPN International on this year’s Olympics.

Stones told Slate’s “Hang Up and Listen” podcast that he was frustrated about the network’s coverage of the field events saying NBC often ignored them in favor of concentrating the sprint and distance events. He said “for it to be ignored and belittled the way it has been at the network of the Olympics for the United States through 2032, is a disgrace and a disservice.”

Stones said he would often fight with NBC producers for air time and says he believes he was not brought back for that reason:

“They got really sick and tired of me constantly harping on them doing the things that they would tell me that they wanted to do. They would sit me down and say, “OK, we need to make field events a bigger part of the broadcast. We need to have more parity between track and field.” And on and on and on. … And I said, “Yeah, I’m all about that, this is what we need to do” and I would throw idea after idea after idea at them.”

And he said despite those promises to focus more on field events, producers would fall back into focusing on the track events and said they did not want to think out of the box, “We had two terrible producers of track and field over the last 20 years. They are not innovators, they do not want to do anything but play it safe, they can’t produce their way out of a paper bag, and one of them runs the place now.“

Stones added that the running events are easy to fit into segments because there’s a definite beginning and end, not so for the field events, “They fit beautifully into eight, nine, 10-minute periods where you can go to a commercial on either end, you can promote other things, they don’t go away somewhere, it’s predictable … Field events, not so much. You can’t really know how long they’re going to take.”

And while you may think Stones might be bitter, his words have a ring of truth as last week during the men’s pole vault competition, which was won by Brazilian Thiago Braz da Silva in front of a screaming and appreciative home crowd, NBC only showed three vaults while downplaying the crowd. Those who watched BBC or the online feed watched a compelling competition.

NBC will counter saying the pole vault was delayed for two hours by rain, but it still could have aired the last five vaulters live as da Silva’s winning vault occurred after 11 p.m. ET still within its 8 p.m.-midnight ET program, but the network as Stones said preferred to package it to ensure it fit into a very short window.

Stones suggested how NBC could improve its track and field coverage by removing one track event out of its live window and replacing it with a field event:

If you really want to devote time to a field event and do it correctly—I’m talking about bringing me in a day early, doing sit-down interviews with all the protagonists, running a feature on how the technique works, and let me educate the public with really cool, sexy graphics and slow motion, video, and all that other stuff and have it take as long as a running event. Nine minutes, to do a high jump and a shot put, maybe. Two events.

Well, NBC has a formula for track and field and it appears they’re going to stick with it for the foreseeable future.