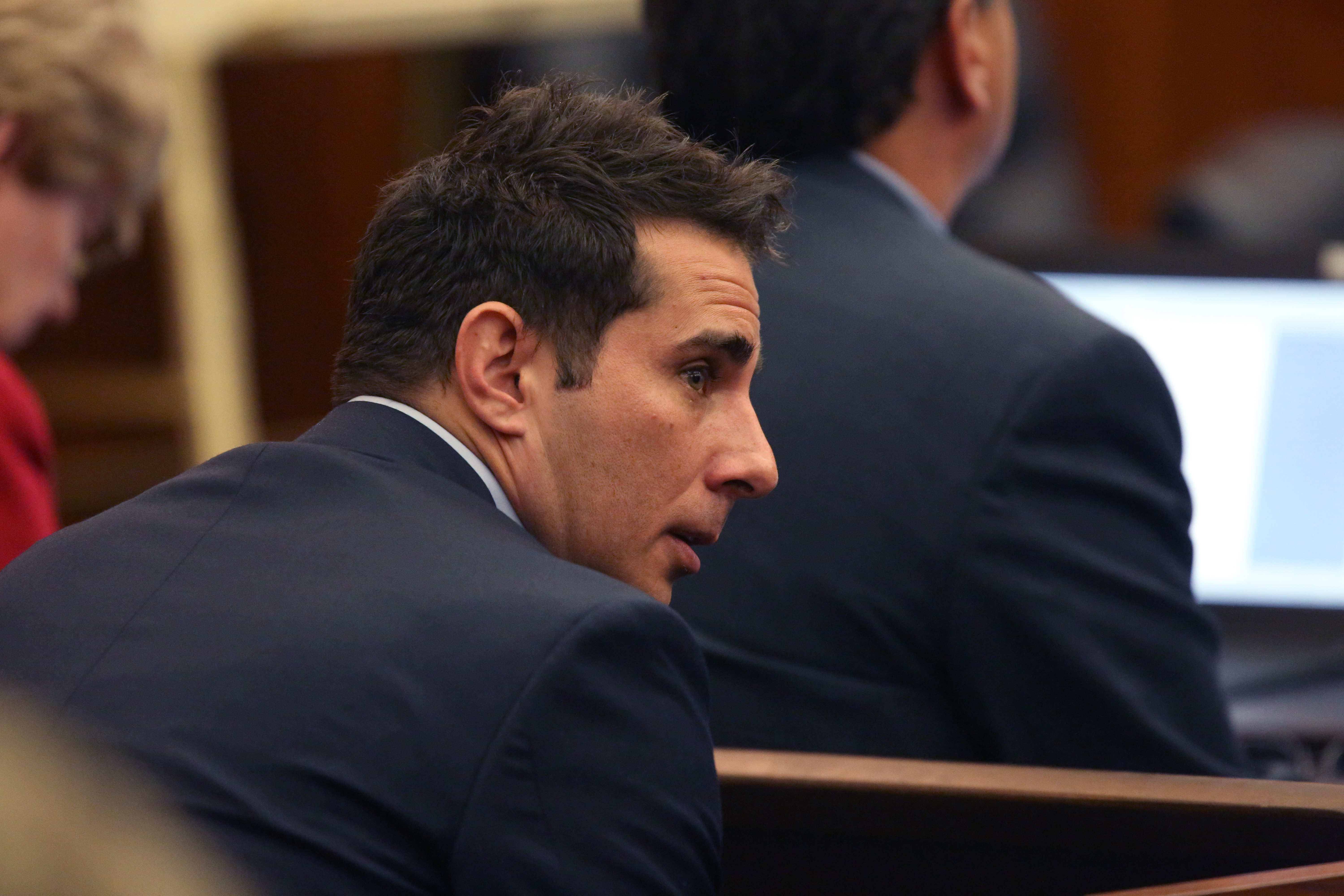 Much has been made and written of the demise of Gawker Media and while most of it focuses on the cross-section of money and journalism or what might become of former owner Nick Denton, there’s one figure at the center of the whole story who might be simultaneously ruined and saved all at once: A.J. Daulerio.

Daulerio, for those who haven’t been paying attention, is the former editor of both Deadspin and Gawker who published the 2012 story about Hulk Hogan’s sex tape at the heart of the entire saga. He was sued by name alongside Gawker and Denton and is currently dealing with the fact that his assets are being seized by Hogan’s lawyers to cover the millions in damages won in court. Assets that, according to Daulerio’s lawyers, measure roughly $2,000 once you factor in his rice cooker and other belongings in with the $1,505.78 currently in his checking account.

On paper, Daulerio was the worst representative Gawker could have asked for. He honed a public reputation for being crude, demeaning, and insensitive over the years, publishing stories, pictures, and videos involving all sorts of sordid details. When the offended party was an NFL quarterback or famous ESPN personality, that might have been one thing, but a drunk college girl who happened to be filmed having questionably-consensual sex in a bathroom is another. When Daulerio refused the girl’s pleas to remove the video before it spread across the internet, he created the perfect anecdote for lawyers, reporters, and various enemies to paint him as a soulless monster.

He doubled-down on that persona with one ill-conceived retort during the court case when asked about where the line might be before he considered not posting a sex tape on Gawker:

“Can you imagine a situation where a celebrity sex tape would not be newsworthy?” asked the lawyer, Douglas E. Mirell.

“If they were a child,” Mr. Daulerio replied.

“Under what age?” the lawyer pressed.

All of which brings us to the present. Gawker Media lives but Gawker.com is dead. Peter Thiel and Hulk Hogan are searching for millions that they’ll probably never get. Nick Denton got his golden parachute, or at least a parachute of some kind. As for Daulerio, he’s seemingly been left out to dry, having been fully wrung out by the court of public opinion as well as the actual courts.

And if there’s anything we like more than beating down someone we think deserves it, it’s building them back up through a redemptive arc. Looking around as the dust settles, that appears to have already begun for A.J.

In speaking up about why he bankrolled the lawsuit, Peter Thiel did something that seemed unthinkable just months ago: turning A.J. Daulerio into the wronged party. There have been fawning pieces that simultaneously redeem Daulerio and Gawker while besmirching Thiel and the state of journalism. Many others are enjoying playing up the snarky responses his legal team has been lobbing this week, an about-face from how everyone felt about that style before.

Daulerio has even had a chance at an inadvertent apology tour thanks to a well-timed Real Sports feature and some follow-up by Richard Dietsch. In the piece, Fox Sports reporter Charissa Thompson talks about the time she changed her hair color and Daulerio penned a story on Deadspin about her “frumpy” looks sending her down a “suicidal path.”

To which Deitsch followed up with an anecdote about Daulerio’s apology to Thompson.

1. Interesting postscript on the Real Sports clip with @CharissaT. She told me this Deadspin story on my podcast. Afterward….

2. I got an email from A.J. Daulerio, who said he had no idea she had impacted that much by the Deadspin item. He asked for her email.

3. I asked Charissa if it was cool to forward her contact. She said yes. Daulerio apologized for the impact the item had.

4. I don't write that to engender sympathy for A.J. But I did think it was interesting that he wanted to reach out so many years later.

As for where Daulerio goes from here, the outcome of the legal preceedings will have a say in that. Considering his net worth is basically negative (factoring in debts) and the chance that a large portion of the judgement against him will eventually be thrown out, he may yet have a future in which he can write for a living and keep the money earned.