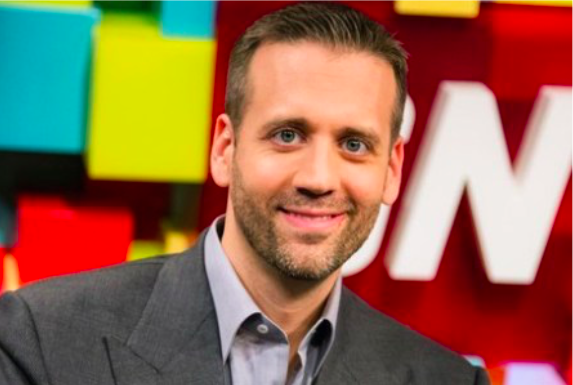 If you’ve been counting the days and hours until Skip Bayless appears for the final time on ESPN’s First Take, you can thanks the Cleveland Cavaliers for prolonging your misery. ESPN previously announced that the day after the 2016 NBA Finals would be Skip’s last opposite Stephen A. Smith before he shuffles off to Fox Sports 1.

However, Bayless’s seat will not remain empty for long. ESPN has been whittling down the candidates for his replacement in the weeks since the move was announced. We tried to help them out with suggestions, some fanciful (“a hologram of Stephen A. Smith”) and some legit (Jemele Hill, Scott Van Pelt).

According to Ryan Glasspiegel at The Big Lead, ESPN has not taken our advice and has instead narrowed it down to Max Kellerman, Jorge Sedano, and Will Cain.

Credit where credit is due. If the report is true, SI’s Richard Deitsch called Kellerman and Cain way back in April.

Glasspiegel says Kellerman “appears to be management’s first choice and the job is therefore his to turn down.” On paper, he’s a logical fit. A longtime ESPN personality, Kellerman is well-versed in the embrace debate style of First Take and can probably hold his own, as much as one can, across from Stephen A. On the flip side, Kellerman’s basically got his own successful version of First Take already with SportsNation and lives in Los Angeles, which is a little bit nicer than Bristol, CT.

If Kellerman is ultimately uninterested, Glasspiegel says that Sedano and Cain are scheduled to have “tryouts” during July when Smith is expected to be MIA while with rotating guest hosts yell down the fort for him.

ESPN audiences will know Sedano for his SportsCenter appearances and as the co-host of ESPN Radio’s Jorge & Izzy Show. Cain came over to ESPN from CNN last year. His main gig is co-hosting the Will & Kate Show with Kate Fagan on ESPN Radio but he’s also done spotwork on First Take and His & Hers.