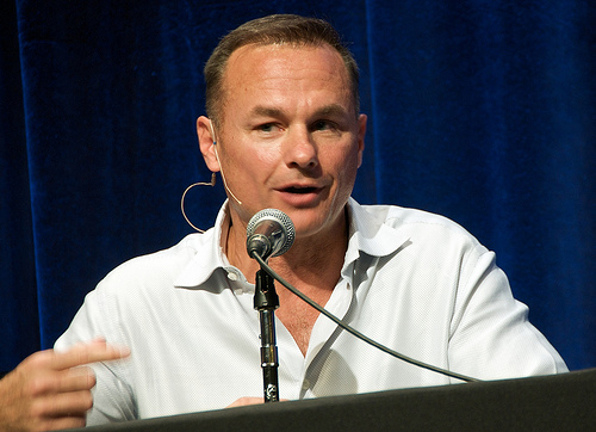 The fallout at Scout Media continues to grow in the wake of the board terminating chairman and former CEO Jim Heckman and the product team quitting en masse earlier this week. That shakeup saw plenty of accusations flying from all sides, with the board alleging Heckman had “advanced his own personal interests at the expense of the company’s” and “abused his access to and control of company funds,” while the product team defended Heckman and blamed the board and “Russian investors” for missed pay, unfulfilled equity promises, and even a change in the company’s locks.

The former CFO defended Heckman’s spending, but numerous Scout employees and publishers past and present spoke to Awful Announcing and criticized his personal extravagance while company payments were frequently late with no communication, employees were underpaid, sites were understaffed, and some legitimate travel bills weren’t reimbursed. It looks like the issues aren’t settled, either, as Keith J. Kelly of The New York Post writes that Heckman told him he plans to start something new with the product team:

“Given the direction things ended up going, we’re all just so happy to be moving on with our lives and honored we were able to preserve the entire core team,” Heckman told Media Ink in an e-mail. “We’re going to build something incredible together, free of the Russians, debt, the acrimony, and ineptitude — it’s such a relief.”

Craig Amazeen, who was recently appointed president, wouldn’t comment on the upheaval other than to say that Heckman was terminated for “cause.”

“I’m working closely with the board, publishers and employees to create the organizational structure and operational plan necessary to carry out the business needs of the company,” Amazeen said in a statement.

He declined to divulge the name of the board members or its current chairman now that co-chairman Ross Levinsohn and Heckman are out.

“Scout is a private company and per policy we do not disclose the list of our investors,” he said.

Although Scout doesn’t feel compelled to tell the media nor their publishers the makeup of their ownership and board, the Post article hints that the Russian investors in question are led by telecom executive Ivan Vladimirovich Tavrin of MegaFon.

Interestingly enough, Scout’s “About Us” page (which still had Heckman listed as chairman Monday night, a day after his firing) now doesn’t have any information on who’s still there. One name to keep an eye on is Joel Cox, whose Twitter bio still indicates he’s an executive vice president at Scout: Cox has been criticized by many of the Scout and ex-Scout publishers and writers who have spoken to Awful Announcing, especially for his spending, with one saying several publishers are “shocked he’s still standing.” Cox hasn’t returned Awful Announcing’s request for comment.

It’s going to be interesting to watch and see how many sites Scout is able to retain for those with expiring contracts coming soon, and if Heckman’s new project winds up competing in the same space. There’s precedent for that in this industry: Heckman initially founded Rivals, then lost control of it in the dot-com crash, leading to his founding of Scout and the initial Rivals-Scout wars. Competitor Shannon Terry, who took over Rivals from Heckman and later sold it to Yahoo, also came back into the space with 24/7 before selling that network to CBS last December (he’s stayed on to run it). Is there room for another competitor to Scout, Rivals and 24/7 or perhaps only Rivals and 24/7 will be left standing after all the dust settles. Interesting times in the college football recruiting message board world.