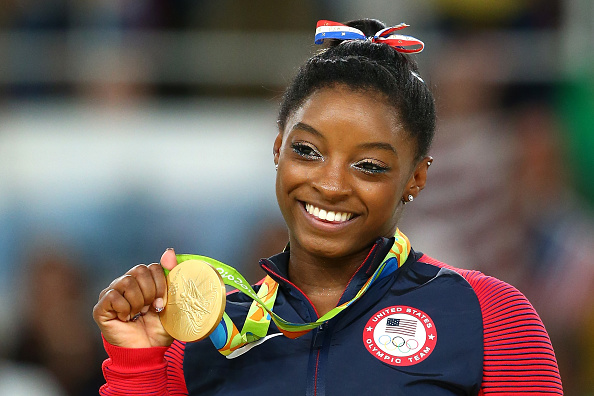 It’s apparently not just ESPN’s SportsCenter Twitter account that has issues with identifying American athletes. Less than a week after @SportsCenter sent out a tweet with a story about U.S. swimmer Simone Manuel and accompanied it with a photo of Brazilian swimmer Etiene Medeiros, Essence magazine tweeted about U.S. gymnast Simone Biles (seen above) winning her fourth gold medal of the Rio Olympics, but paired the story with a photo of Manuel celebrating her earlier gold.

They’ve since deleted the tweet and sent out another one with the correct photo, but here’s a screencap of it: 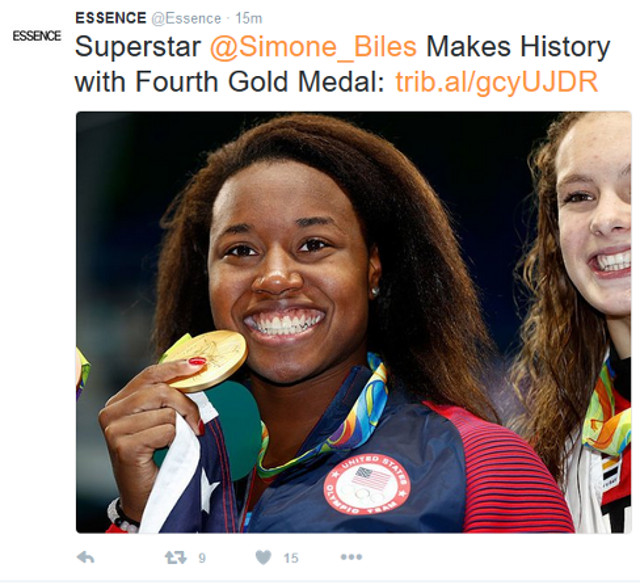 The story itself isn’t a bad piece, spotlighting how Biles became the first U.S. gymnast since 1984 to win four golds in a single Olympics, and it uses the correct photo. However, most of the talk out of this is going to be about the mistake. Yes, errors happen, especially when you’re dealing with athletes with similar names, but it’s not like either Biles or Manuel has a low profile. Both have become national stars with their performances in the Olympics, and both are quite recognizable.

Also, it’s notable that the Manuel photo is with another recognizable athlete, Canadian swimmer Penny Oleksiak, and that the corresponding Biles photo would have been with Aly Raisman, also not exactly low-profile. Every outlet makes mistakes, as the SportsCenter tweet earlier shows, but this isn’t a good look for Essence.

Essence‘s Wikipedia entry describes the magazine as “a monthly magazine for African-American women between the ages of 18 and 49. The magazine covers fashion, lifestyle and beauty, with an intimate girlfriend-to-girlfriend tone, and their slogan “Fierce, Fun, and Fabulous” suggests the magazine’s goal of empowering African-American women.” Might we suggest that it could be more empowering to correctly identify the woman you’re talking about?