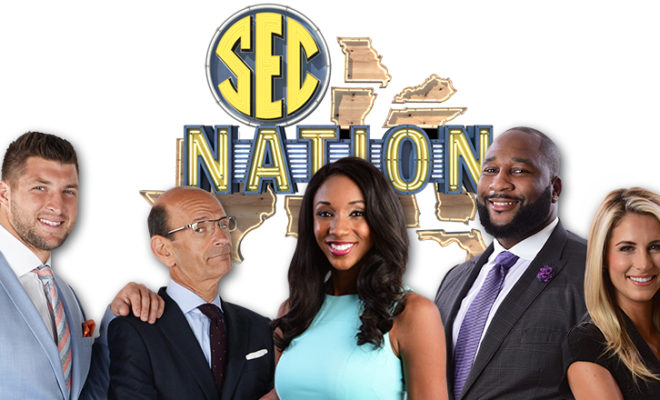 ESPN’s SEC Network is making some pre-snap adjustments to its studio and game broadcast teams in preparation for the upcoming college football season.

On Thursday, the network announced that Maria Taylor would take over as host of the SEC Nation pregame show. She replaces Joe Tessitore, who is becoming the lead play-by-play voice for ESPN’s College Football Primetime game with analyst Todd Blackledge and reporter Holly Rowe.

Taylor already has plenty of hosting experience for SEC Network, occupying the anchor chair for the SEC Now news show for the past two years. She has also hosted the network’s coverage of the SEC Women’s Basketball Tournament and worked as sideline reporter for SEC Network’s Primetime Game.

Tim Tebow, Marcus Spears and Paul Finebaum return as SEC Nation‘s analysts. Kaylee Hartung will also continue to contribute features, while also reporting with the Brent Musburger-Jesse Palmer game broadcast team. Greg McElroy, who had been an analyst for the show, moves to the booth, though his broadcast pairing has yet to be announced. Also joining the show will be Laura Rutledge as an on-site reporter. 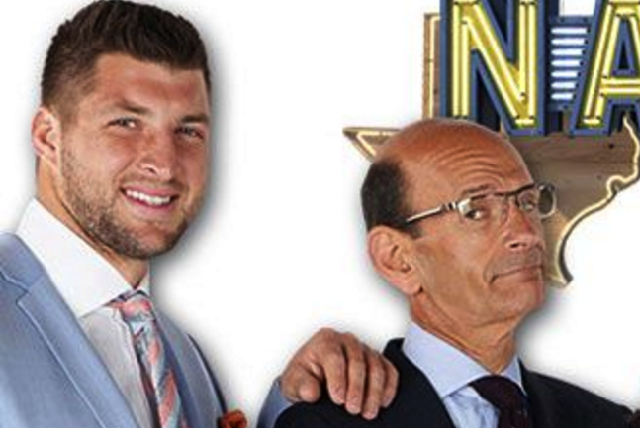 What really calls for analysis from SEC Network’s announcement is the publicity photo for SEC Nation, particularly on the left side of the image. Finebaum looks rather suspicious of Tebow’s hand on his right shoulder. Since the ensemble appears to be Photoshopped together, maybe Finebaum was leery of the strange, non-Tebow hand posing with him. Perhaps he felt as if his personal space was being invaded.

OK, buddy — we work together, but let’s not get hands-y. How about we keep it to courtesy fist bumps?

Actually, what if that’s not an actual human hand on Finebaum’s shoulder, but a prop? It looks real, yet feels lifeless! That would cause many of us to raise an eyebrow, would it not? Especially if you knew that the real Tebow would provide a polite, yet firm, assuring grip on our shoulder.