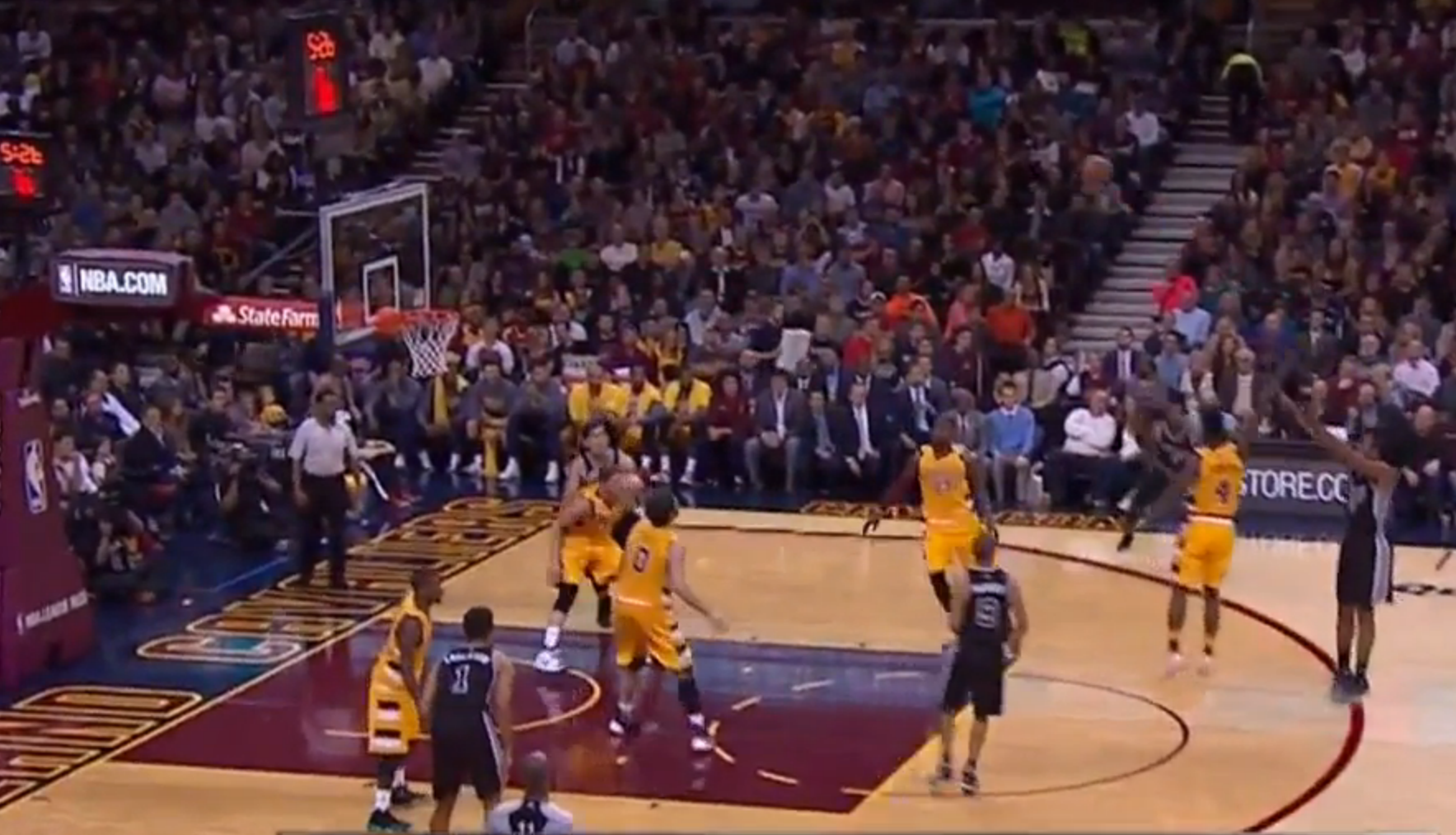 Over the weekend ESPN debuted Virtual 3, a new technology aimed at better distinguishing a three point shot to a long two pointer. You can see it in action below.

I watched maybe a quarter of this game trying to decide if I was for or against the new technology. We also asked our Twitter followers who submitted over 1,500 votes on the matter. As you can see if you vote below, the reaction was pretty mixed with a little under half of voters not liking the new look. However, if we add up those who liked it and others who thought the new look was maybe a bit too subtle and could be improved upon, the majority of voters seemed to have a favorable reaction to the Virtual Three.

What were your thoughts on ESPN's new 3 line illumination display?

Broadcast technology changes take awhile to adjust to and inevitably the staying power of any new iteration is answering whether or not they add value to the fan experience. Yellow line in football: yes. Fox randomly playing music in between football plays: NOOOOOOOOOOO. From K-zone, the glow puck, and pylon cams, some of these changes go on to be widely adopted and accepted while others are retired forever.

On Virtual Three, my thought is that while I agree it doesn’t add much value (I’m rarely unsure if a shot is a three vs. a two and it’s not clear that ESPN definitively knows either way in those close calls), this really didn’t detract much from the broadcast. I know some will find it annoying (almost half of you!) but I found myself actually wanting the usage to be less subtle.

In ESPN’s current version of Virtual Three, a made three keeps the line illuminated until the ball is taken out from out of bounds. A missed shot and the line goes away quickly. That’s not bad, but again it just didn’t do much for me.

But let’s say a made shot resulted in the three line flashing for two-three seconds maybe with some stupid sound effect, that might get me off the fence. Basically it’s the same subtle enjoyment that is wired into our brains when a slot machine wins and you get some lighting and sound effects.

And why stop there?

Three made threes in a row, well obviously that line needs to light on fire, right? Five or more missed three’s, how about an ice effect?

These are semi serious suggestions because the Virtual 3 as it is now was pretty “meh” to me. I get the idea and it was executed well, but I’m not sure there was an actual need there or value to add to the viewing experience. Flashing lights, fire, and ice though would probably draw the ire of tons of fans so it would never happen, but if you’re selling me on the need for some type of visual stimulation to keep me engaged instead of checking my phone or putting on Netflix, well that’s my feedback.

The NBA doesn’t need nor want to go down this road, but in a age where fan voting, new All Star game formats, shorter shot clocks, and more are aiming to reach younger fans and retain people’s attention better than SnapChat, it’s not a ridiculous idea, although probably years ahead of it’s time.

Whatever ESPN decides to do, it’s probably no coincidence that within 24 hours of seeing the debut of Virtual 3 and was thinking about shooters being on fire, I bought NBA Jam and a Super Nintendo online. Ultimately Virtual 3 wasn’t panned and that’s usually a good sign given how much everyone hates change. Now if only we could somehow find a way to figure out when the ball breaks the goal-line in football, I imagine we’d all get hours of our lives back. Perhaps a presidential candidate can make the case that ambiguity on goal-line spots is costing the country too much time and productivity. You’d have my vote.