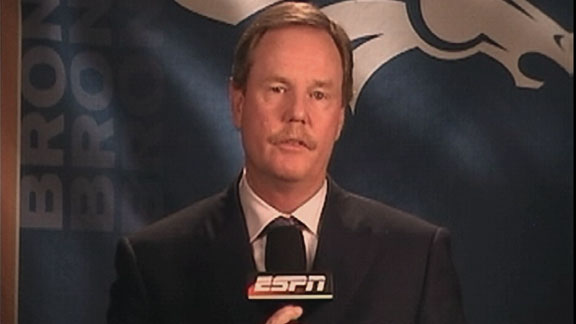 An all-too-common tactic for media members around news of athlete contracts or retirements with money still owed them is to compare those athletes’ salaries to those of public-sector employees like police, firefighters or teachers. ESPN NFL reporter Ed Werder is the latest to do this, weighing in on Texas Rangers’ first baseman/designated hitter Prince Fielder’s retirement Tuesday:

#Dallas police and firefighters can't get city to provide a raise. Prince Fielder guaranteed $24M each of next 4 years even as he retires

There are a lot of problems with this kind of reductive analysis, and the first is that it’s not the same entity paying these contracts. The city of Dallas is not paying Prince Fielder; the Rangers are. Yes, those areas sometimes cross when it comes to public funding of stadiums (and it’s interesting that the Rangers are currently trying to get public support for a new stadium with a retractable roof; however, that support will come from the city of Arlington, not Dallas), but it mostly isn’t taxpayers paying Prince Fielder (or any other athlete), it’s the private ownership group that controls the team.

It’s also notable that professional athletes have a skillset that’s much more rare than police or firefighters (which themselves have a rare skillset compared to much of the population), and that they’re bringing in plenty of revenue. Prince Fielder is not being paid out of property taxes; he’s being paid out of the revenues the Rangers get from ticket sales, concession sales, sponsorships, local TV and radio rights, and national TV rights. He’s also made substantial contributions to the team since joining them in 2014, and played an important part in their run to the playoffs last year.

Whether it was a good idea for the Rangers to trade for an old, injury-prone player with fitness concerns and a massive contract (Fielder signed a nine-year, $214-million deal with Detroit in January 2012) is certainly debatable, and if Werder had kept his criticisms to that, there wouldn’t be an issue here. There are legitimate sports arguments to be had about if the team made the right move bringing in Fielder and assuming his contract. However, Fielder’s contract has absolutely nothing to do with the contract negotiations between the city of Dallas (where he doesn’t even play) and its police and firefighters.

That’s a completely false equivalency from Werder, and one he should know better than to make. He also might want to look at the stick in his own eye before criticizing others; it seems highly likely that a veteran ESPN reporter like himself makes more than entry-level Dallas police or firefighters, so why not bring that up? Professional athletes and their large contracts are an easy target, but those contracts are not paid by the taxpayer, and they’re reflective of the incredible amounts of money pro sports teams are bringing in. Moreover, if athletes’ contracts were reduced, that’s not going to help out local police and firefighters; it only means that the private groups that own professional sports teams get to pocket more of the proceeds from ticket sales and TV rights. Linking professional athletes’ contracts to those of public-sector employees is a long-established tradition, but it’s a ridiculous one, and one a smart and proven reporter like Werder should know better than to make.