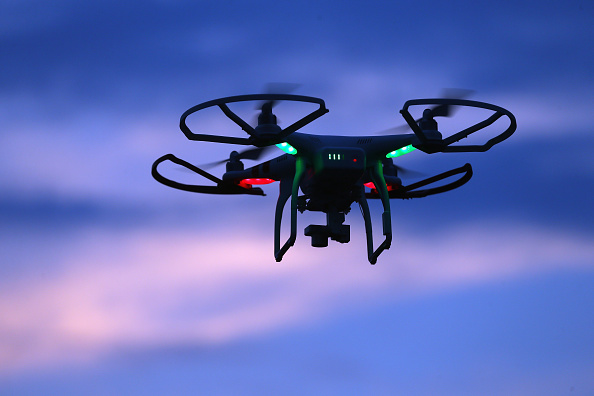 Drones can do a lot of things these days. They can be used by the military and police. They can deliver gift packages and pizzas. They can also now be raced against each other on ESPN.

The self-proclaimed worldwide leader has been dabbling in alternative, next-generation sports for a little while now. In the last year, ESPN made an investment in eSports by televising a couple video game competitions and expanding online coverage. ESPN has actually already broadcasted drone racing earlier this year by televising the US Championships. Now, they’re getting into a full season of drone racing by partnering with the Drone Racing League.

Via the New York Times:

The Drone Racing League announced on Wednesday that it had signed deals to broadcast a 10-episode season on ESPN and ESPN2, along with the European stations Sky Sports Mix and 7Sports. The schedule begins with an introduction to drone racing on Thursday at 11 p.m. on ESPN2.

Competition will begin on Oct. 23. ESPN2 will broadcast episodes on Thursday and Saturday nights, and ESPN will show the final episodes, including the two-hour championship on Nov. 20.

The league’s officials say the drones will zip through obstacle-filled courses at up to 80 miles per hour, piloted by six stationary humans wearing something akin to a virtual reality headset. Tiny cameras mounted on the drones offer the pilots a cockpit-like view, and they steer using joysticks similar to what you’d find on an Xbox controller.

“It’s an exciting, real-life experience mixed with video-gamelike dynamics,” said Nicholas Horbaczewski, the chief executive and founder of the league. “These races are short sprints. It has that thrill of a 100-meter dash or horse racing.”

If you’re curious as to what exactly this looks like in practice, here’s a brief intro video from the Drone Racing League calling itself “The Sport of the Future.” Someone should tell that to soccer, because it’s been the unofficial sport of the future in America since the 1970’s.

Drone racing seems to be one of those things you see in a video while you’re going down a YouTube rabbit hole and say “wow, that looks really cool!” It looks like magic marker robot planes flying at tremendous speeds around a course that looks like something out of a video game. But that doesn’t mean that you’re necessarily going to want to watch or DVR ten weeks worth of television programming about it. Once the novelty of seeing magic marker colored robots zipping around obstacles wears off, will ESPN actually have enough substance to draw an audience for this? Given the lack of widespread awareness that drone racing is actually a thing, ESPN is basically going to have to build an audience from scratch. But if any network can accomplish that feat, ESPN is certainly the one to do it.

At the very least, it’s encouraging to see ESPN try new and forward-thinking things and not just creating another debate show or another platform for Stephen A. Smith. It may not be this year or next year, but who knows, maybe drone racing will be the sport du jour of the latter half of the 21st century. Maybe we’ll celebrate drone racing pilots in 50 years in the same way we celebrate LeBron James and Tom Brady today. Then again, maybe not. It’s worth a shot, though.