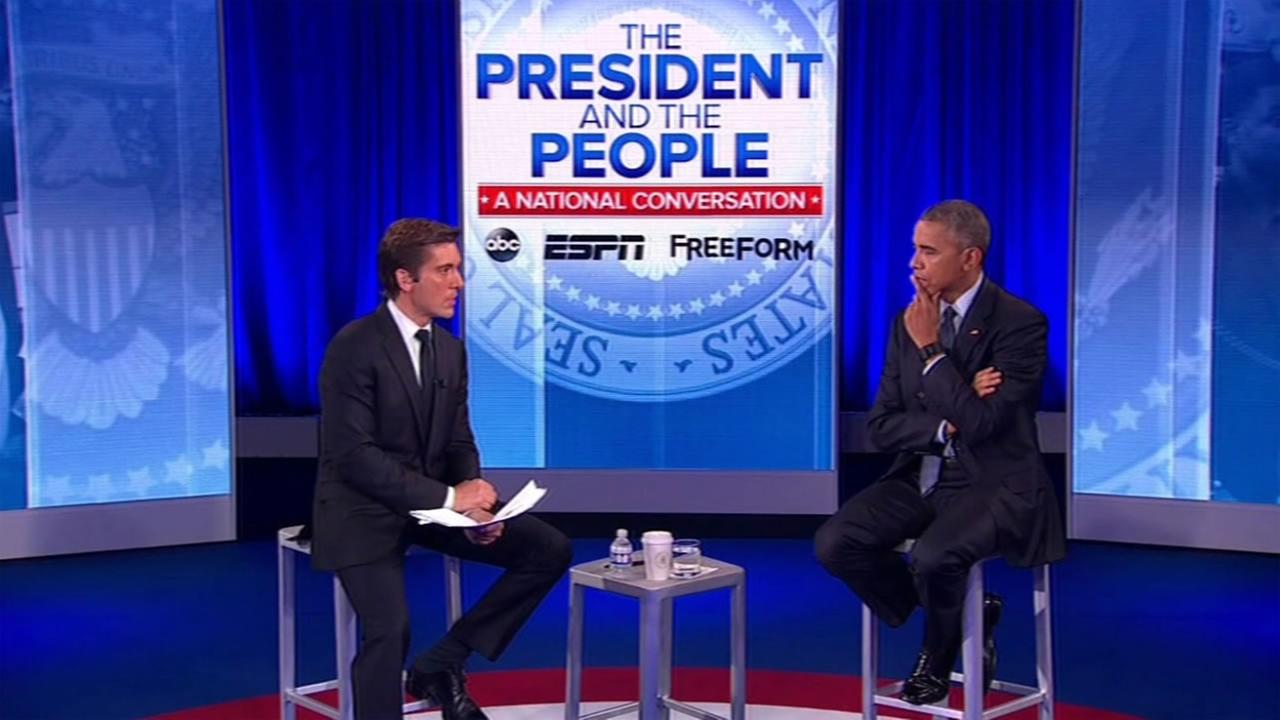 It looks like ESPN’s foray into airing at-least-somewhat political town halls is going to continue. Following their simulcast (and inclusion of Jemele Hill as one of the moderators) of President Obama’s ABC town hall on gun violence (seen above) in July and their creation and airing of An Undefeated Conversation: Athletes, Responsibility, and Violence in August, ESPN’s The Undefeated will present A Conversation with The President: Sports, Race and Achievement on the main ESPN network at 10 p.m. Eastern Tuesday, Oct. 11. Here are more details on just what this new town hall will look like:

ESPN’s The Undefeated will present A Conversation with The President: Sports, Race and Achievement – a student forum with President Barack Obama, on Tuesday, Oct. 11 at 10 p.m. ET (ESPN and WatchESPN) from North Carolina A&T State University in Greensboro, N.C.

The one-hour program will be taped earlier that day in front of a live audience consisting of students and invited guests at the Alumni Foundation Event Center on the campus of North Carolina A&T, a leading Historically Black College and University established in 1891. SportsCenter anchor Stan Verrett, a Howard University graduate, will host and moderate the forum.

President Obama will discuss lessons in leadership; the “My Brother’s Keeper” Initiative, which aims to address opportunity gaps faced by all youth including boys and young men of color; the current role and legacy of Historically Black Colleges and Universities; athletes and social activism; the Obama Administration’s actions to provide opportunity for students  and more. The President will also take questions from the audience.

A Conversation with The President is being convened by The Undefeated, ESPN’s content initiative focusing on the intersection of sports, race and culture.

“We are honored to host this townhall featuring President Obama at one of the leading historically black universities in the country,” said Kevin Merida, ESPN Senior Vice President and Editor-in-Chief of The Undefeated. “We expect a vibrant conversation about the present and the future, and about the challenges facing black students.”

A discussion with the president about sports, race and leadership makes incredible sense for The Undefeated, but it’s interesting to see it broadcast on ESPN’s television platforms, and particularly the main ESPN network. That’s not going to assuage those who think ESPN is becoming too political and too left-wing. Of course, there’s a difference between talking to a sitting president (who’s not able to run for that office again) and talking to presidential candidates (which is what ESPN’s “no politics” memo focused on), and it’s notable that the network has also done favorable things on Republican presidents (such as a 2015 30 for 30 short on George W. Bush’s 2001 World Series first pitch), but there are still going to be people upset with this programming choice, especially if they just turn on ESPN and see a political discussion instead of a game or SportsCenter. The counterargument is that there’s value in hearing what President Obama has to say on these topics, and that an exclusive hour-long town hall with him is a pretty good get for ESPN (and especially for the profile of The Undefeated). It’s something that certainly will have its detractors, though, and it will be interesting to see how it’s received.