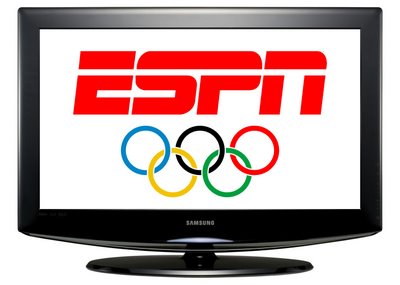 If you plan on watching SportsCenter to get your Rio Olympics highlights, you will likely have to settle for still photography because there won’t be much video footage available to ESPN immediately following events.

Since NBC is the rights holder for the Summer Olympics holder, ESPN will be restricted in the amount of video it can show on its news programs and digital platforms. As of Aug. 3, the network won’t be allowed to show highlights from the Olympics until after NBC’s coverage has ended on the west coast.

That means SportsCenter can’t show any video footage until after approximately 3 a.m. ET. And even once ESPN can begin showing highlights, news programs will be limited to six minutes of total footage during their broadcasts and will have that video available for up to 72 hours after NBC’s west coast coverage finishes.

“While we’re limited in what we can do from the perspective of traditional highlights, we’re very confident that our team of journalists will provide exceptional, indispensable coverage of the Rio Games — live and on-demand — across every ESPN platform,” said Rob King, ESPN senior vice president of SportsCenter and news operations, in an official statement.

ESPN will be under those video restrictions on Olympics footage until 24 hours after the Olympics closing ceremonies on Aug. 21. The video usage restrictions also apply to all other U.S. news outlets other than those affiliated with NBC.

Presumably, watching Olympics highlights won’t be an issue for viewers who consume their news and highlights in the morning, whether it’s from SportsCenter or a morning news program. The 10 a.m. edition of SportsCenter hosted by Hannah Storm will broadcast live from Rio. But those who like to catch what happened before going to bed, especially on the east coast, won’t be able to see very much Olympics footage unless it’s on NBC.