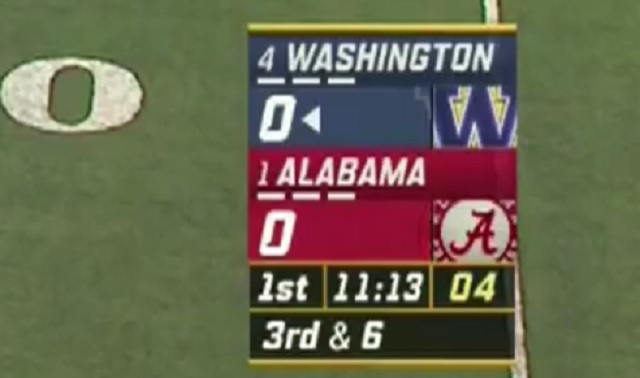 Everybody likes to put up some decorations around the holidays. What makes a special occasion seem even more special than some extra color and flair? ESPN is applying the same approach to its coverage of the College Football Playoff.

Fans and observers immediately noticed something different on screen as Alabama and Washington kicked off in Saturday’s first semifinal game. The scorebug graphic in the lower-right corner of the screen had some gold trim, in addition to an italic font for each team name.

The gold trim and new font is also being applied to other on-screen graphics, such as player names and statistics. 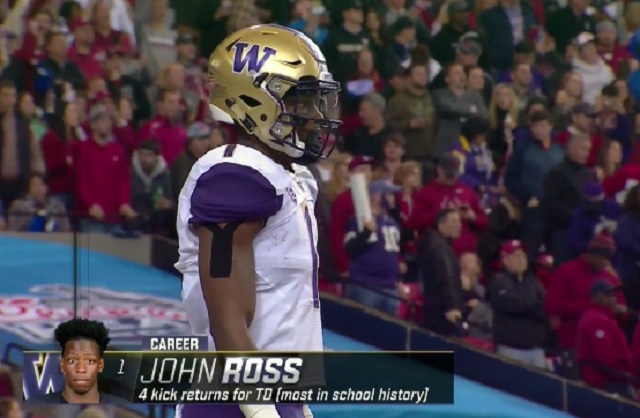 As viewers have had more time to study the graphics, some have noticed other features, such as some transparency.

one more scorebug note: in addition to new colors and italic font, it now has some transparency. A nice subtle touch. pic.twitter.com/I5cV079ymq

That could be useful if the action reaches a part of the screen typically covered up by the scorebug, such as a yard marker or placement of the ball.

As you could expect, not everyone is embracing of the change. Give it some time, folks. Eventually, you probably won’t even notice.

That golden scorebug is horrible

The new ESPN scorebug is horrendous. Not a good start to 2017, lol.

Not digging the italic scorebug

We’ll let Awful Announcing’s Ken Fang have the final word on this for now. (Hey, thanks for providing some content “off the clock,” Ken!)

.@awfulannouncing I wish ESPN would put records like Fox does with its NFL scorebug. It has room. pic.twitter.com/51noNoPLQt

Making an important game feel just a bit more special is a nice touch by ESPN. New is often exciting. It’s like a little gift for all of us watching. Of course, we were going to watch anyway.