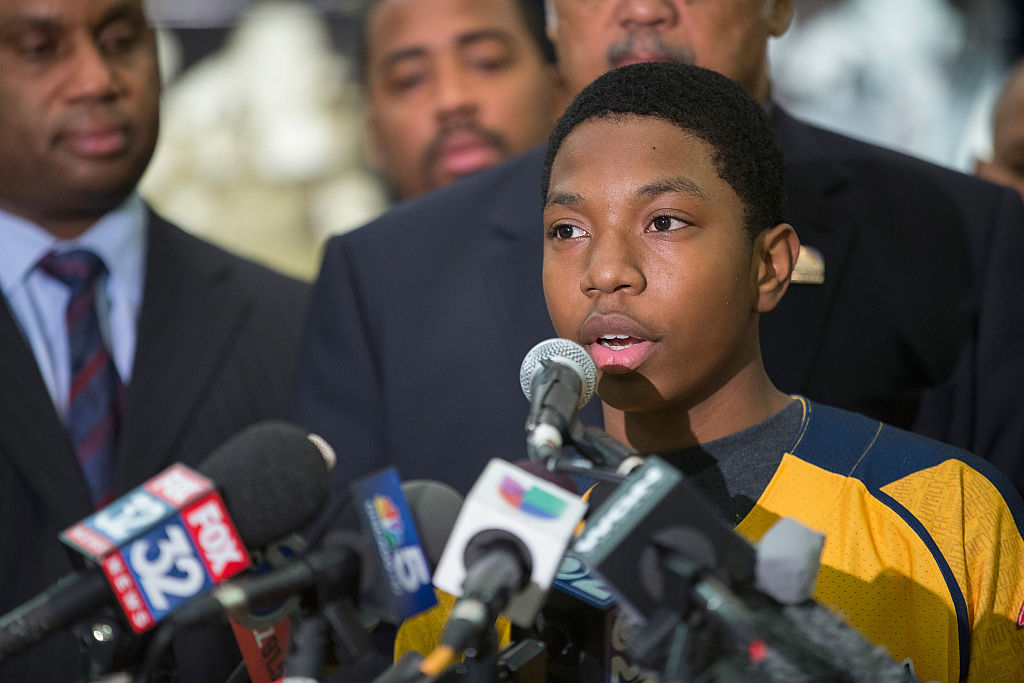 The 2014 Little League World Series run by Jackie Robinson West from Chicago exhibited both the best and worst of what the Little League World Series has become. The South Siders slugged their way to the United States title but had their championship stripped in 2015 for violations involving the use of ineligible players. In a lawsuit filed Thursday by the parents of that team and a former coach, it is suggested Little League International, ESPN, and officials from the local league of were profiting off the disgraced team, suggesting it knew the team was using ineligible players. Among those mentioned by name in the lawsuit is none other than Stephen A. Smith.

There are multiple layers to the lawsuit to unravel. The Little League International part of the equation targets the league to allow Jackie Robinson West to use ineligible players purely for the hope of generating ratings on TV.

“Little League was aware of the potential residency issues of the children of the JRW Parents, but chose to ignore and/or deliberately conceal these facts in order to garner higher ratings, publicity, and money for Defendant Little League,” the complaint states.

Darold Butler, a former coach for the team, claimed to have submitted a number of issues regarding the eligibility of his players for review, but believes his complaints were ignored or concealed as the team continued through the Little League World Series tournament. Those concerns were not addressed or caught until after the United States title had been clinched. The league continued to send the Chicago kids on a victory tour of sorts while an investigation was underway without the parents knowing anything was potentially wrong (on a side note, at that point it would have been an even bigger disgrace to pull the kids’ tour of the White House and the MLB World Series because of the alleged incompetence of the adults in charge, but we’ll carry on).

ESPN gets drug into the lawsuit as the TV supporter of the Little League World Series. Not only did ESPN capitalize on the success of the Chicago team, but the fallout amid the controversy struck a few nerves as well. The lawsuit argues ESPN defamed Butler and others by suggesting he and others in charge took it upon themselves to assemble an ineligible team by any means necessary. Stephen A. Smith comes under fire for his comments on air saying Butler threw his players under the bus.

Smith is certainly no stranger to controversy surrounding anything he has said while on air during First Take, but it is not often he has been taken to task to this level. While we’re not well versed in the specific legal issues in play here, one of ESPN’s most divisive and loud personalities being sued for comments made on a program that is regularly under siege from critics and social media is not going to help the network’s case defending First Take.