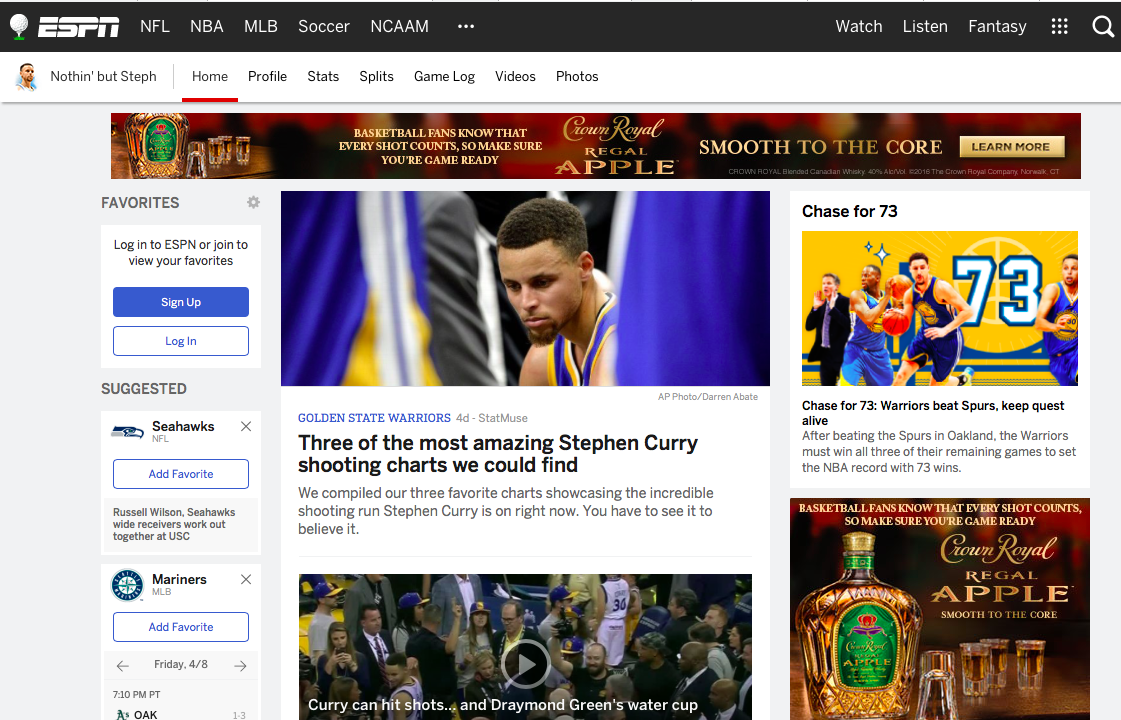 ESPN.com made news back in 2010 when they created a section on their website called The Heat Index, dedicated to coverage of LeBron James and the Miami Heat. That kind of zeroed-in coverage was extreme in details but also a bit overwhelming. Sure the Heat were a huge topic of discussion at the time but even then there’s only so much the general sports fan can deep dive, right?

Well ESPN.com certainly doesn’t think so. They took that same strategy and applied it to Derek Jeter with ESPN New York’s Jeet Index. At least that was located on a site with a local focus. But now they’re putting that single-minded focus on one player directly on ESPN.com with the introduction of ‘Nothing’ But Steph,’ a subsection under their NBA section.

The main menu includes links to Profile (Curry’s player profile page), Stats, Splits, Game Log, Videos, and Photos. It’s a little bit of overkill but then again so is the section itself. 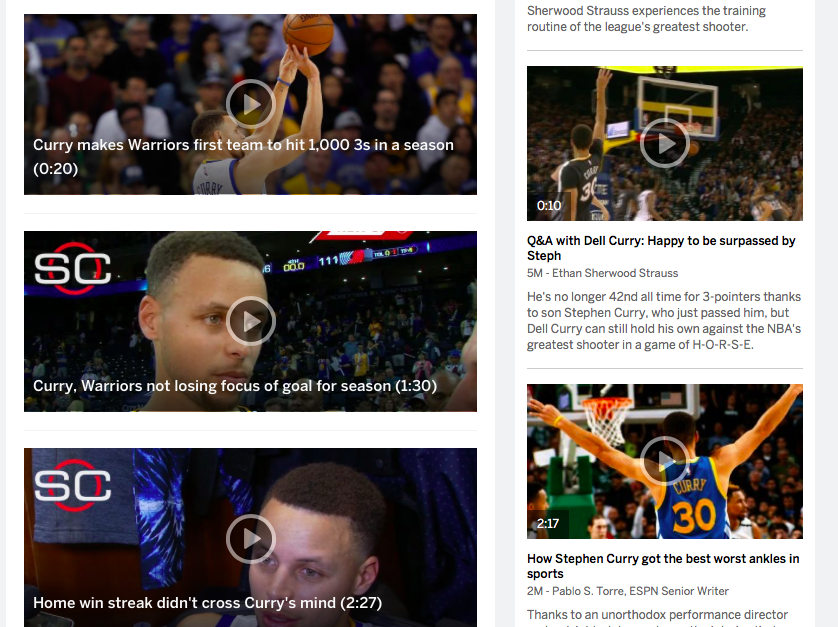 The section went live about a week ago, sparking rumors that it might have just been an April Fool’s joke. But no, ESPN clearly expects to fill it with Steph Curry updates and nothing but Steph Curry updates until such time when it is no longer needed.

Right now it’s mostly a collection of clips and interviews but any story written about Curry is obviously going to end up here as well. With the Golden State Warriors chasing the regular-season wins record and the impending NBA Playoff run, there won’t be any shortage of content.

The move also helps cement ESPN as the go-to source for all-things Steph Curry, at least in the minds of the general sports fan.

Clearly ESPN.com thinks they’ve identified a niche topic that they feel can generate traffic all on its own. If this meets whatever metric marks they’ve set up for themselves, perhaps it will become the new way for major sports media providers to target audiences. Regional sites didn’t stick but perhaps sites and sections focused solely on a major sports figure might. The age of hyper-targeted content may be upon us.