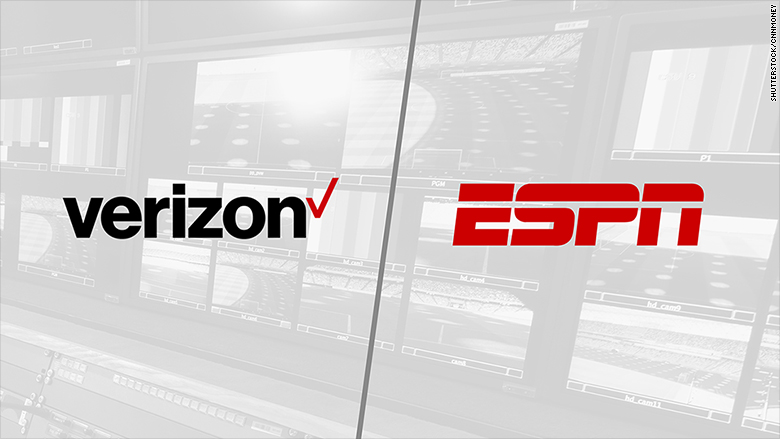 Over the last few years, we’ve seen ESPN’s response to the growing number of people choosing “skinny bundles” (or “cord shaving“) over traditional cable or satellite services change from being hesitant about the idea to trying to get on the inside of these bundles. That may be part of the reason behind Tuesday’s news that ESPN has settled its “skinny bundle” lawsuit against Verizon, which stems from that company’s decision last April to start selling $55 base packages that didn’t include ESPN, instead putting the Worldwide Leader in a “sports tier” that users could upgrade to for an additional monthly fee. ESPN claimed that was a violation of their contract with Verizon and filed a lawsuit saying as much late last April, but Verizon changed their offerings this February to one basic package with ESPN and other sports channels and one without them, each for a cost of $65 a month. That move pleased executives at ESPN parent Disney, and it may have convinced them to settle here in a way that didn’t end Verizon’s skinny bundle offerings. After the settlement, as USA Today’s Roger Yu notes, both sides said complimentary things about each other:

The companies didn’t disclose the terms of the settlement. Verizon, which markets its pay-TV service under the FiOS brand, said it hasn’t changed its bundles and will continue to sell them.

“ESPN is an important partner of ours,” said Terry Denson, Verizon’s vice president of content strategy and acquisition. “We look forward to further collaborating with them to deliver customers’ content across all of our platforms.”

…”We have a long-standing relationship with Verizon,” said Sean Breen, a senior vice president of Disney and ESPN Media Networks. “We look forward to working with them to provide great content to consumers for years to come.”

The strategy of trying to get on the inside of skinny bundles does appear to be having some benefits for ESPN. They have deals with a variety of non-traditional TV providers, including Dish’s SlingTV and Sony’s PlayStation Vue, and Disney CEO Bob Iger has said “It’s also important that ESPN be present in the skinny bundles, whether there are 2 million of them, 5 million of them, 10 million of them.” Yu notes that Disney’s stock is up 17 per cent in the last three months, and given that it was largely thought to be ESPN concerns weighing it down despite the “greatest single quarter in the company’s history” (thanks largely to Star Wars: The Force Awakens), it would seem investors are now a little more bullish on ESPN. However, predictions for Disney’s Q2 earnings call late Tuesday afternoon still cite ESPN as “the elephant in the room, and we don’t mean Dumbo.” We’ll know more about where ESPN is at after that call.

It remains to be seen if being in only one of these base packages will really benefit ESPN, though, as Verizon said in December that their data showed that many of those subscribing to this kind of “custom TV” were looking to avoid sports channels and their associated fees and were choosing not to add the sports channels. Now, that was with the ESPN lawsuit hanging over their heads, so it should be taken with a grain of salt, but it does seem likely that many looking for this kind of “skinny bundle” don’t want to pay for ESPN. With this lawsuit settled and a non-ESPN package still available from Verizon, they’ll definitely have that option.