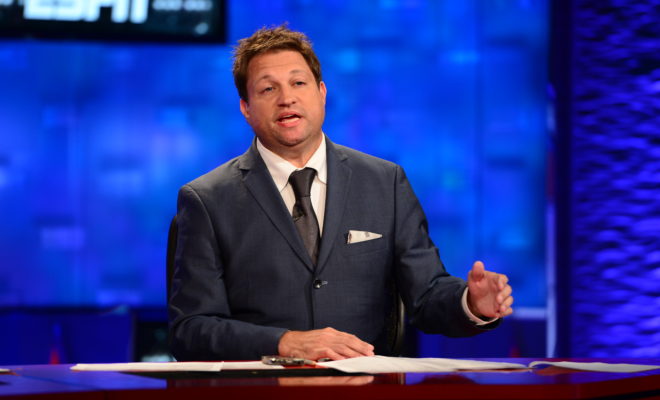 ESPN has announced that it has re-signed NBA senior writer Marc Stein to a multi-year extension. Thanks to the new contract, Stein will continue to be seen and heard on ESPN’s various platforms. Stein has been with ESPN dating back to 2000 and he’ll be the Worldwide Leader’s lead national basketball reporter.

ESPN says Stein will continue to write his regular columns including his weekly Power Rankings, reports and updates on the network’s website. In addition, he’ll appear on SportsCenter and other NBA-related programming on the television side. And on ESPN Radio, he’ll be a reporter during NBA All-Star Weekend and the NBA Finals.

Of course, we have a statement from Stein:

“Watching ESPN was such a big part of my life growing up that, even after all this time, there are still occasions when I can’t believe I work here,” Stein said. “I felt like I won the lottery back in 2000 when I started writing for ESPN.com once per week and then again in 2002 when I was hired full-time to coincide with ESPN commencing its role as a national NBA broadcaster. And now to know, through the grace of this new contract, that this partnership will be creeping up on 20 years – I’m just honored, man. It’s the greatest job in the world with the greatest team in the world.‎”

For the past two seasons, Stein has been covering the Golden State Warriors across ESPN platforms and he’s been based at Warriors training camp this month.