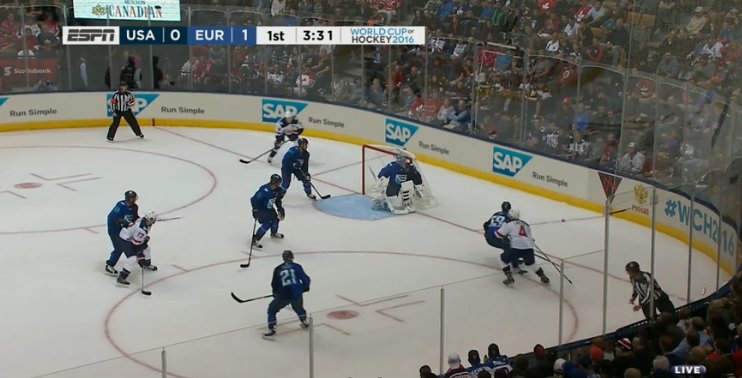 Digital CGI ads replacing normal non-CGI ads seems like a little bit of advertising overkill, but that’s exactly what is happening at the World Cup of Hockey.

Hockey has seen its fair share of digital advertising in the sport. We’ve seen CGI ads on the boards and the netting behind the goals for a few years now. The new edition of the World Cup of Hockey is taking it a step further though by replacing the natural advertisements on the boards around the ice with their own sponsors.

Here are the scenes from the opening game of the tournament between Team USA and Team Europe. The CGI ads can be seen from the main broadcast camera on the far side of the ice. 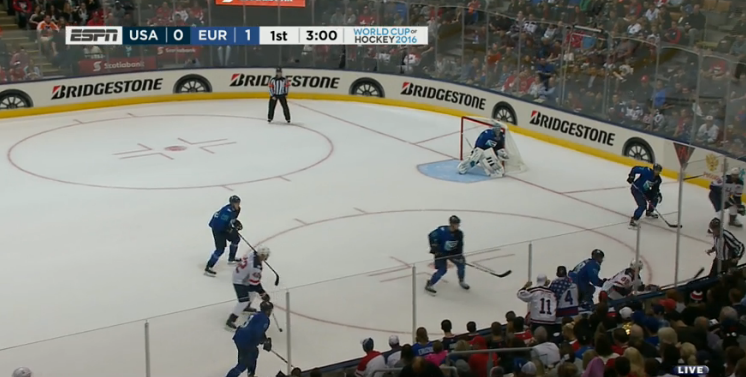 And of course one of them is DraftKings… 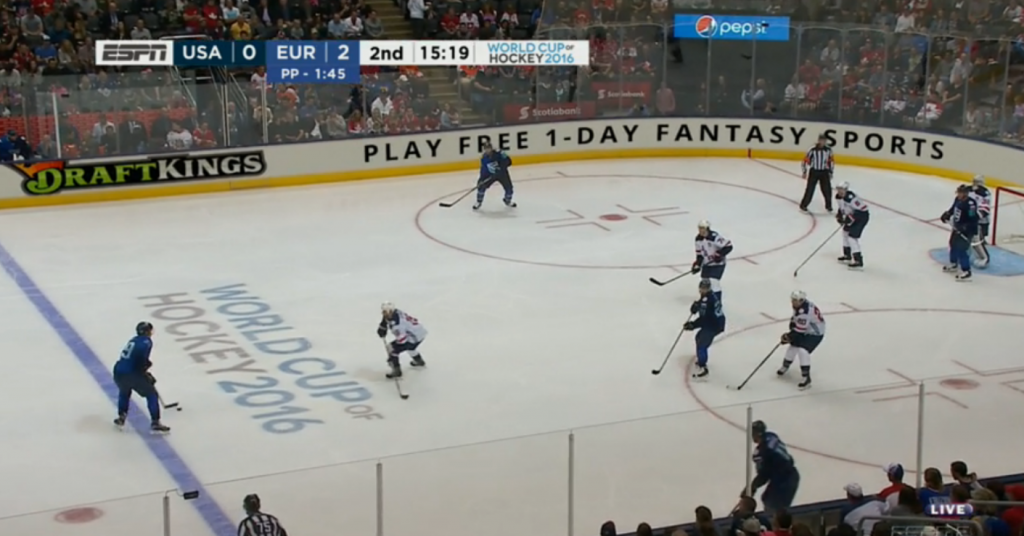 But from a different angle, you can see the natural advertising at the Air Canada Centre in the background. 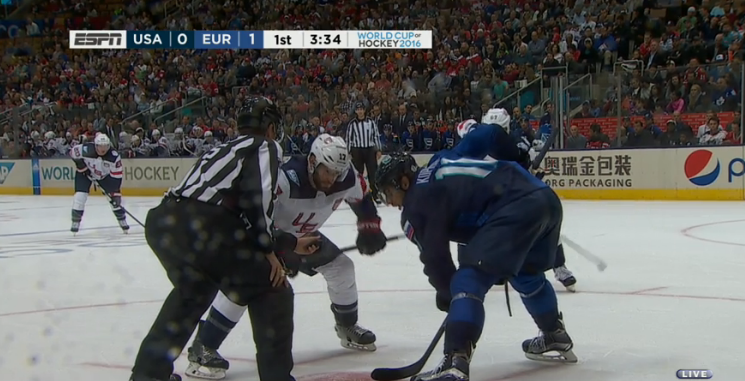 Here’s another angle. What does ESPN have against Air Canada?!? 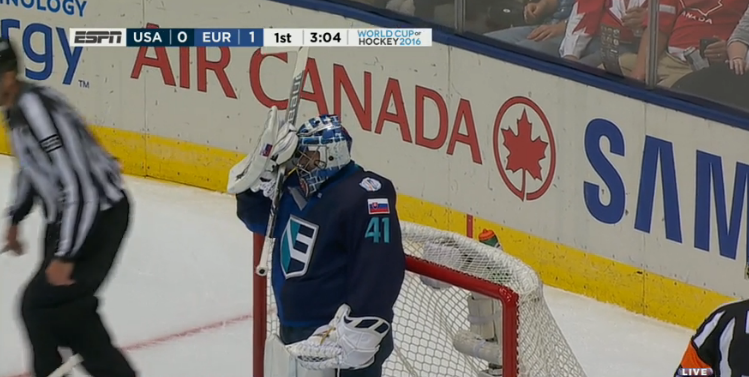 Personally, I couldn’t tell that much of a difference watching on what was a very clear and clean ESPN3 stream of the game. However, there were some fans watching that were clearly thrown off by the CGI advertising.

The CGI ads keep flickering and I keep thinking we're stuck in the Matrix. #WCH2016 #espn

Loving professional hockey back on ESPN, however, the digital scrolling dasher ads have to go, major distraction.

Here’s the rub though, hockey fans. Don’t go blaming ESPN for this development. (I know that might be the natural inclination given the network’s history with the sport.) The dominating digital ads are actually an NHL initiative for the tournament as a whole. The technology is similar to what you see around the world in soccer and allows tournament broadcasters around the world to show different advertisements in different international markets.

While the CGI ads around the boards might not be a development hockey fans are too enthused about, hopefully it won’t be too distracting throughout the tournament. At least it’s taking attention away from ads on jerseys. Uhhh… that’s something, I guess.