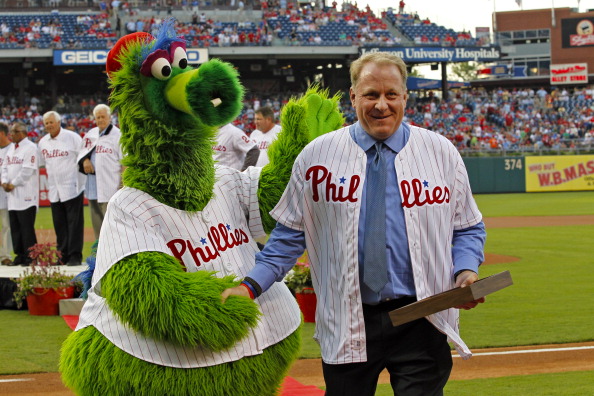 The latest chapter in the social media adventures of Curt Schilling has been written, and as with all of the other chapters, it’s angered quite a few people. In light of this most recent incident, people continue to ask why Schilling is still employed, and when ESPN will finally end up letting him go. However, it’s not just as simple as “fire him, and move on” for ESPN – if they fire him or simply wait out the remainder of his contract, they’re going to receive blowback.

First, consider what happens if ESPN fires Schilling. He won’t be described as “ESPN analyst Curt Schilling” anymore when outlets (like this one) cover his exploits. That’s great for them when he does something controversial, which in Schilling’s case, seems to come every few weeks. On the other side of the coin, there’s a strong chance ESPN would be painted as anti-conservative, anti-God, anti-free speech, and anti-Republican – true, factual, realistic, or not, those are accusations that do a lot of damage to the brand, especially in the midst of election season.

On the other hand, ESPN keeping Schilling employed until his contract expires creates a more obvious problem – the belief that ESPN is tolerating Schilling’s behavior. Schilling is opinionated, and he’s not going to stop being opinionated over the summer and into the fall as election season heats up. The memes will continue to flow, and people will still have problems with Schilling sharing them and his controversial stances on sensitive issues.

What’s going to end up happening? ESPN can’t do much more to minimize his role – he’s been bumped off of Sunday Night Baseball and onto Monday Night Baseball and his appearances on Baseball Tonight have seemingly been less frequent this season (though I have no factual basis for saying that, he could be showing up just as much as in the past).

I think they’ll end up just letting Schilling’s contract ride out before not renewing it, wishing him the best of luck in his future endeavors, and ending that chapter of their history. If ESPN does end up terminating Schilling’s employment, they’re potentially opening up a Pandora’s box of anti-ESPN rhetoric that could also envelop ABC and Disney. And while firing him may be the morally correct thing to do, it’s also the outcome that could end up damaging them the most.