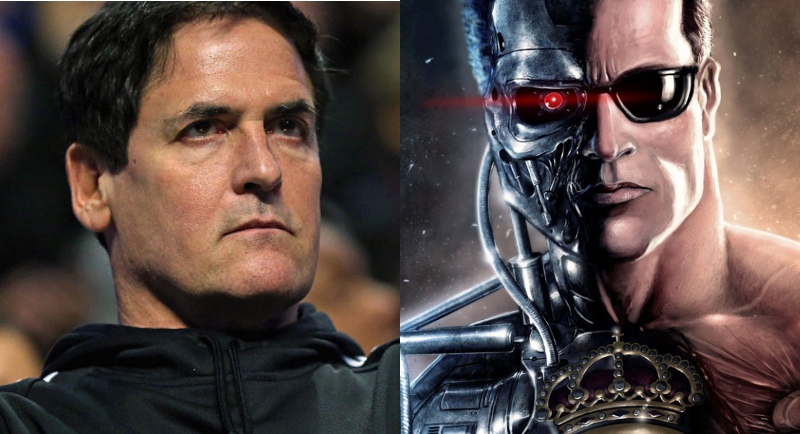 Fights against limitations of media access often happen loudly and are resolved quietly, and that appears to be the case with Dallas Mavericks’ owner Mark Cuban’s nonsensical move to yank ESPN.com reporters’ credentials in what he said was a fight against automation. However, the way that this seems to have been resolved raises further questions. ESPN posted a statement from president John Skipper Friday night that seems to indicate their reporters will again be credentialed for Mavericks’ games, but also mentions that they’ll now link to the Mavs’ official website in game recaps. Here’s the statement in full, along with one from Cuban:

It would appear that Mavs' pointless and profoundly misguided ban of ESPN reporters has been lifted. Though their statement fails to say so. pic.twitter.com/kuYjy6S5b2

As Skipper notes, no automation was actually used here despite Cuban’s concerns.  ESPN was running stories from in-person Associated Press reporters, and while the AP uses automation for minor-league baseball and a few other things, they don’t use it for the NBA. It’s good that this appears to have come to a resolution that will allow ESPN reporters to be credentialed by the Mavericks again, and that that wasn’t done by giving in to Cuban’s insane request to have ESPN personally cover every single game of a nationally-insignificant team that’s currently 2-6. However, Skipper’s announcement that ESPN will now link to team sites in game recaps is an interesting one, and one that raises some questions.

Game recaps produced by ESPN, the Associated Press or another independent media outlet are journalistic pieces. There isn’t always a great deal of difference in the eventual form of those recaps and a recap on Mavs.com or a similar site, but their different origin is notable, and it sometimes leads to divergences. An ESPN or AP report is far more likely to carry something critical of the team than a recap on their own website. Even if the text is identical, though, the origin is notable; is it from an independent source, or a team that wants to make itself look good?

Similarly, while team and league websites often produce interesting feature stories on players, those stories need to be taken in the context of their origin. There’s often nothing wrong with them, but they should be identified as produced by team or league employees, not as by independent journalists. Yes, that line is decreasing (and there are some interesting middle cases, such as MLB.com employing reporters whose stories are not subject to the approval of MLB or its clubs), but there’s still a line, and there’s still a difference in what you read on ESPN.com and Mavs.com. (That doesn’t mean the ESPN.com content is always better, as some team and league websites produce great content. It’s just that the source is always worth considering.)

ESPN agreeing to link to official team sites in their recaps isn’t necessarily a huge deal, especially if this just becomes a boilerplate “For more on the Mavericks, check out Mavs.com” they slip at the end of every story about the team; that’s clearly identifiable by readers, and it’s likely an inexpensive solution to this problem. However, it is still catering to Cuban in a case where he shouldn’t have any leverage.

Why does ESPN have a responsibility to promote Cuban’s team’s site? And is he going to try to impose these conditions on other media outlets that cover his games? Cuban may not be thrilled that ESPN isn’t personally covering every game his irrelevant team plays, but his war over this was extremely petty and misguided, and it’s unclear why ESPN had to give him any concessions in order to get their credentials back. It’s also unclear what good this will actually do: if people wanted to read what Cuban’s organization had to say about itself on Mavs.com, wouldn’t they be starting there instead of at ESPN.com?

In the end, while this may be a smart deal for ESPN to get out of this without further problems, saying they’ll link to team sites going forward thanks to Cuban’s demand doesn’t make them look great. There’s no added value for readers from those links (if they’re general rather than specific; if they’re to specific content, they may be more useful), and throwing them in to settle an access dispute doesn’t necessarily seem like the greatest plan. It’s good to see this resolved, and at least it’s not resolved in a victory for Cuban’s pithy protest, but the resolution isn’t optimal.