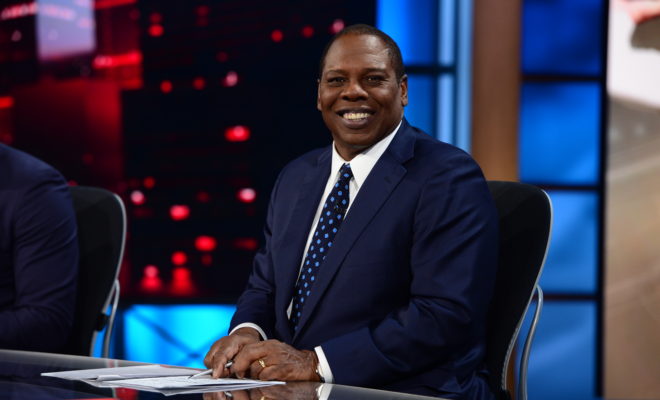 Just last week, we told you that long-time NFL analyst Tom Jackson could be leaving ESPN after 29 years at the network. Well, we can take “could” off the headline and make it “will” be leaving the network. ESPN has announced today that Jackson who joined the network when the Worldwide Leader first gained the rights to the NFL in 1987, will be retiring.

His last assignment will be at the Pro Football Hall of Fame Weekend this Saturday and Sunday.

Jackson through ESPN has released the following statement:

“I have been blessed in my adult life to work for two companies, the Denver Broncos and ESPN, to do two things that I love – play football and talk about football,” said Jackson.

He added: “Having joined in the early stages of ESPN and remained with the same company for 29 years is especially gratifying. The friendships made are too numerous to mention but I know that many of them will last a lifetime. I also want to thank all the fans who supported me over the years and made my job so enjoyable. This move just comes at a time when the priority of my life is spending time with my family.”

The New York Daily News first reported that Jackson would either be leaving or taking a diminished role as ESPN was transitioning it’s Sunday NFL Countdown show to a new cast. Over the last year, Cris Carter, Mike Ditka, Keyshawn Johnson were either let go or saw their roles changed. And coming in would be Matt Hasselbeck, Randy Moss and Charles Woodson.

Since 1987, host Chris Berman and Jackson have been joined at the hip on ESPN’s Sunday NFL Countdown show (first NFL GameDay) and on the iconic NFL PrimeTime (1987-2005).

Here’s an NFL PrimeTime episode from 1991 with Berman, Jackson and GMA’s Robin Roberts (yes, she was once at ESPN, boys and girls):

“Tom has been an integral part of ESPN’s presentation of the NFL for three decades. His partnership with Chris Berman has been a signature for us and a treasure for fans. His influence as a trusted voice and mentor for the generation of players who followed him is an important part of his legacy. Tom is as widely respected internally as anyone in our company, not to mention beloved. He has been a pleasure to work with and he will always be an ESPN family member.”

And Chris Berman has quotes of his own:

“Every day working with Tom was a treasure. I know every day he appeared on ESPN was a treasure for football fans. His knowledge, his passion, his insight, and his overall joie de vivre makes him special – in fact, makes him unique. I was lucky to spend 29 years of football weekends with him. In television that’s almost two lifetimes. Johnny Carson and Ed McMahon were together for 31 years – enough said.

“Tom long ago became almost a brother to me. We completed each other’s sentences, listened to the same music, laughed together and sometimes cried together. Oh yes, we enjoyed football together. What was a day with Tom Jackson like? Like the Temptations sang, ‘I’ve got sunshine on a cloudy day’.”

With Jackson leaving and the potential for this to be Berman’s last year as NFL host, ESPN is certainly transitioning to the next generation of coverage. And it will certainly be a different day when all of ESPN’s NFL originals are no longer on the network.