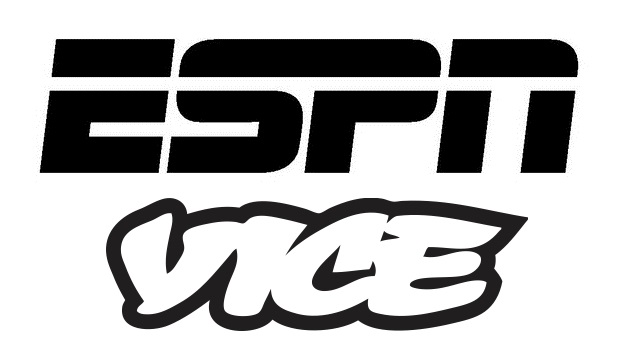 At first glance, ESPN and Vice wouldn’t seem to have a lot in common: Vice’s voice is notoriously anti-establishment, and ESPN very much is the establishment when it comes to sports media. However, ESPN parent Disney has invested $400 million in Vice Media, and the news that ESPN and Vice have signed a production and distribution agreement makes some sense; ESPN needs programming and Vice’s programming appeals to the young audiences ESPN’s trying to reach, while Vice’s cable channel VICELAND also needs programming and ESPN’s 30 for 30 documentaries largely fit with its style and voice. Here are some of the details from ESPN’s release, which itself illustrates the differences between these companies:

As part of a new agreement, VICE and ESPN announced that they will be joining forces for the first time. VICE Sports will produce new original series to air exclusively on ESPN properties—TV, digital, and mobile. Select films from ESPN’s renowned documentary series 30 for 30 will air on VICELAND, the new cable network from VICE.

The deal means great new programming for viewers, bringing the best of ESPN to VICE’s audience, and broadening ESPN’s offerings to include content from the leading youth media brand.

“Growing up watching ESPN I came to love the brand and their content. Maybe a little too much. The amount of manly tears shed over various 30 for 30’s throughout the years has been nothing short of embarrassing,” said Shane Smith, Co-Founder and CEO, VICE Media. “To be teaming up with ESPN, creating brand new sports shows for them, and then showing 30 for 30’s on VICELAND is perhaps one of the favorite moments in my professional life. I can now die a happy man. No, wait, we have to take over the world first! Here it comes baby, VICE WORLD OF SPORTS!!”

Added John Skipper, President, ESPN, Inc. and Co-Chairman, Disney Media Networks, “Evoking manly tears from Shane Smith is no small task, and I take immense pride in that.  Shane and the team at VICE do an extraordinary job presenting stories through their own, very unique lens – and working with them will help to bring a new perspective to our storytelling. I am confident that the content borne out of this collaboration will be a win for fans of ESPN, VICE and storytelling in general. And I applaud Shane for understanding that television is the smartest path to worldwide leadership.”

While this fit may seem a bit unusual at first, it makes lots of sense considering Disney’s stake in Vice and both sides’ goals. ESPN needs to attract younger viewers (the biggest demographic in the cord-cutting that’s hurting the World Wide Leader’s bottom line), and Vice has proven very successful at doing that. Having Vice create content for ESPN also should help the bottom line; that content will presumably come cheaper than it would if ESPN was doing it in-house. It will probably present a different voice than what’s typically seen on ESPN, too, and with enough detachment that ESPN shouldn’t take too much blowback from the leagues it has broadcasting rights with. Meanwhile, airing material on ESPN’s TV, digital and mobile platforms should only widen Vice’s reach, and 30 for 30 rebroadcasts could be excellent content for VICELAND and help that channel build its tiny-so-far audience.

There are plenty of potential pitfalls here too, though. For one thing, some of Vice’s appeal appears to come from how it’s seen as independent and outsider. Its investors illustrate how that isn’t really the case, but not every viewer or reader is really looking into a site’s ownership; having their content on ESPN platforms is a much more obvious move in making Vice more mainstream. (Of course, they’ve previously had a partnership with HBO, but HBO is much more edgy than The Worldwide Leader). Beyond that, there’s the question of if Vice will have to soften its approach and its criticism of leagues for content that airs on ESPN; consider how they’ve gone at the NFL in particular, and the alleged blowback ESPN received for that league for much milder criticisms from the likes of Bill Simmons and Keith Olbermann. Will Vice be willing to tone it down for their crafted-for-ESPN content? Will ESPN be willing to run provocative criticisms of their business partners? And will these very different organizations be able to actually work together in a way that doesn’t alienate fans of each? We’ll have to wait and find out.