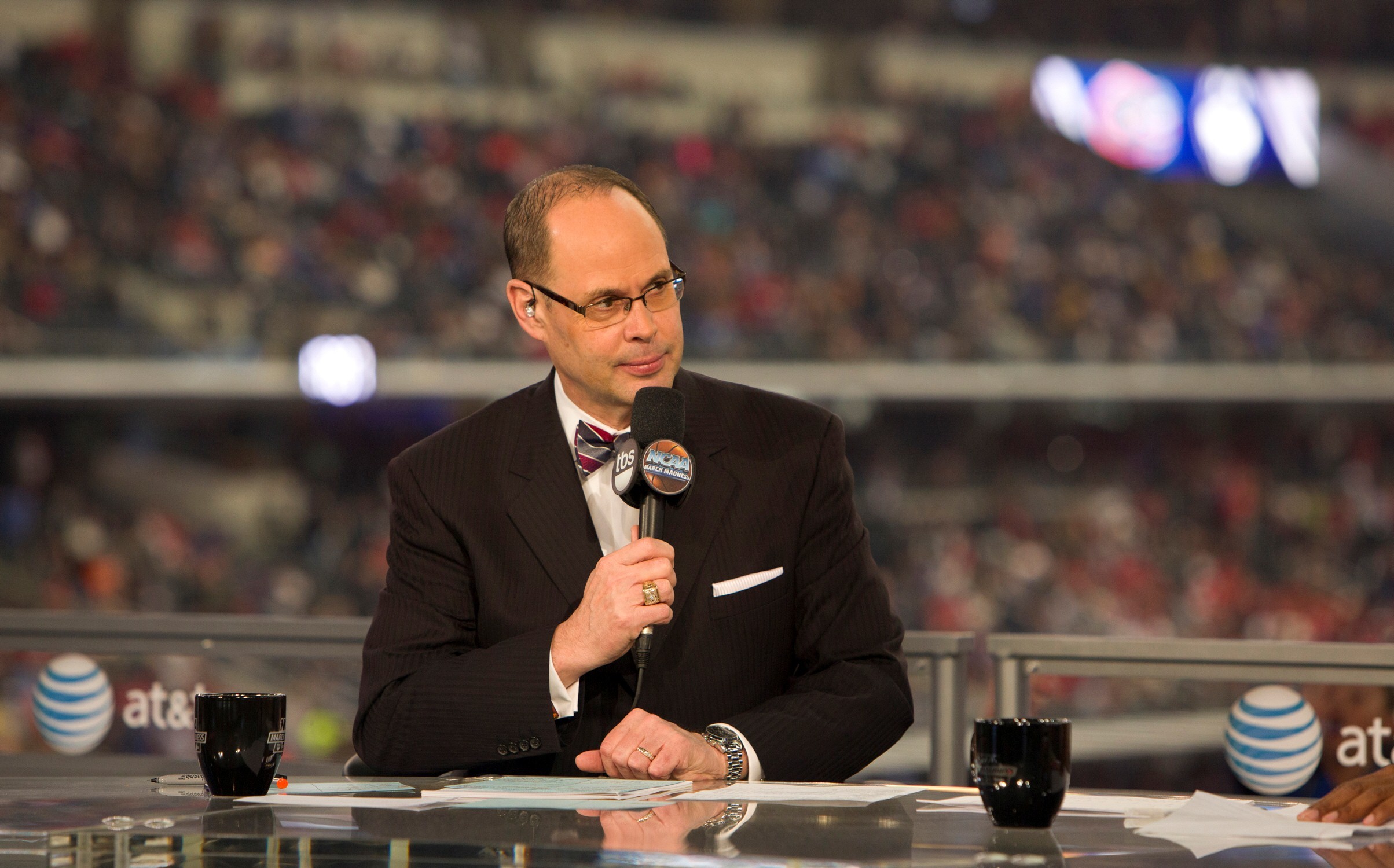 This weekend has been highly anticipated at Turner Sports. Ever since it signed the deal to join CBS Sports as rightsholder for the NCAA Tournament, Turner knew it was going to wait until this year to air both the Final Four and the National Championship Game. And while host Ernie Johnson has been involved with hosting the tournament and National Championship Game on both CBS and Turner’s networks, CBS has always aired college basketball’s championship. It’s been a tradition that dates back to 1982.

But this year, TBS will air both the Final Four and National Championship Game and will do so during even years through 2024. The fact that TBS will air the sport’s last game of the season unlike Turner’s contracts with MLB and the NBA is not lost on him.

“It’s a real point of pride for everybody at the company,” Johnson said. “That the championship is on TBS and I’ve been with the company since 1989, it’s very cool and that point is not lost on any of us.”

This weekend, Johnson leaves the comfort of the New York and Atlanta studios to be the main host at NRG Stadium. Ernie said he loves being on-site for the energy the fans bring to the Final Four and he feels it as soon as the airplane lands in Houston. “That Saturday at the Final Four is one of the great days of the year in sports,” Johnson said. “There’s such a lead-up to it. There’s been such drama that goes into it just to get there and now you’ve got these four teams ready to go. I used to see it on TV and I’d hear people say, ‘Oh this is one of the great days,’ and then when you experience it, you know exactly what they mean.

“It’s tremendous from the moment you go on from three hours before and you feel that and it just builds and builds as you get closer (to tipoff). It’s an awesome afternoon.”

And now that Johnson has been involved with the NCAA Tournament since 2011, he’s become emotionally invested in the games, “I think the emotions that you feel and you see are real and you don’t see them anywhere else and it’s one of those events that shrinks the world a little bit. It brings people together, it brings people in the office together around the water cooler, if there are still water coolers out there.”

Before Turner got involved with CBS, the closest Johnson had gotten to the emotions of the Tournament was the 40 games in 40 nights during the NBA Playoffs, but it wasn’t a one-and-done. In the first weekend of the tournament, there are 32 games in two days in the first round. “It’s just non-stop,” Johnson said. “Sometimes by the end of the day, you have to think back and say, ‘Hold on a second, who won that game?'”

Johnson said the quick turnaround of doing a halftime show on TNT and then doing an in-between show on truTV with a postgame looming for CBS can be tiring, exciting and exhilarating all at once.

Johnson and the Turner crew now have six years of the NCAA Tournament under their proverbial belts, but the first year is where the melding with CBS and bringing the two corporate cultures into one took place. “Greg Gumbel was a huge help just picking his brain,” Johnson said. “We’d sit there and talk and I’d ask, ‘What’s the producer like? I’ve met him and we’ve talked, but what’s the flow going to be like today and anything you can do to prepare me for this onslaught,’ and even for him though, it was a little bit of a new thing because this hadn’t been the typical way CBS had done the tournament.”

And he added that the freewheeling side that Turner brought to the tournament has rubbed off on CBS and that’s been good for both networks.

One person who has not worked on the NCAA Tournament since 2014 is Craig Sager and Johnson was interviewed on the Real Sports feature on Sager earlier this month. Johnson said when he learned of Sager’s diagnosis, he didn’t want to say what would happen as he went through his own cancer scare in 2003 and every case is different but he told his friend, “Just because you have cancer, it doesn’t have you.”

He added, “(Sager) has been an uplifting presence in the middle of all this stuff.” Johnson said if one didn’t know Sager had cancer after visiting him, you’d think all he had was a cold. He said Sager’s popularity within the NBA community is due to how hard he works “and how seriously he takes it and how much he digs for stories and facts and wants to get everything right and they respect that.”

TBS’ coverage of the Final Four begins Saturday at 3 p.m. ET with “At the Final Four” followed by “The Final Four Show” at 4 p.m. ET. Johnson will be the main host with Grant Hill, Kenny Smith and Reggie Miller at 3 p.m. and then be joined by Charles Barkley, Clark Kellogg and Smith at 4 p.m.

On Monday, Johnson will host a two-hour pregame show on TBS at 7 p.m. leading up to the tap of the National Championship game at 9:18.