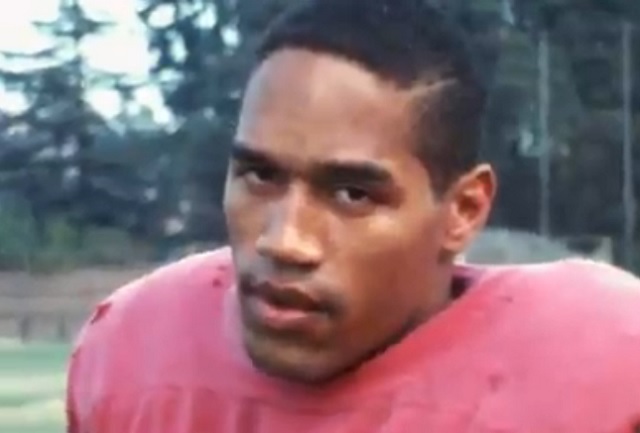 Anyone who has worked recently at ESPN (as I did, from the fall of 2006 through 2013 in studio production) is almost certainly familiar with the name John Sawatsky. For more than a decade now, Sawatsky, a former investigative reporter, has worked as a teacher/trainer of sorts for the network, showing anchors, reporters and behind-the-scenes types like myself some of the keys to good questions, compelling interviews, and informative programming.

I had the particular pleasure during my time in Bristol to attend one of Sawatsky’s most well-known workshops. Simply called “Story Magic,” the session used famous advertising — including the iconic “Mean Joe Greene” Coca-Cola spot — to make a rather simple, but elegant point. Whether it’s a commercial, a longform feature, a television show, or a knock-knock joke, all of us, as people, are more engaged when someone tells us a story. As viewers, we crave a narrative arc: a journey, a beginning, middle, and an end. It may sound obvious, but as Sawatsky demonstrates, it’s surprising how often those principles can be lost.

I found myself thinking back to that “Story Magic” session from many years ago as I watched one of ESPN’s latest and most ambitious works, Ezra Edelman’s expansive documentary, O.J.: Made In America. If you’re a sports fan, chances are you’ve heard of the project, which premieres June 11 on ABC. It was made available last week at its full 463-minute running time at a pair of theaters in New York and Los Angeles. And yes, lest there be any doubt, the film is worthy of every bit of the advance praise it has received, and will surely be in contention for any number of awards.

But what stood out the most, consuming the entire project in one sitting, was that the reasons for its success were fairly straightforward. There are no magic tricks here. No game-changing techniques. No remarkable new frontiers of documentary filmmaking. No, what makes Edelman’s film so brilliant is that it tells us a story. A story that just so happens to be one of the most incredible tales in American history.

That is not, by the way, meant to take anything away from Edelman and what was obviously a superb filmmaking team. Their work here is comprehensive and thorough, and there are plenty of new insights to be found throughout the eight hours; an abundance of footage, detail, and insight that we’ve never seen before, or needed to be reminded of. And all of it, the new interviews conducted for the film, the archival footage that puts us back in the mid-90s, the history that is traced back long before “Rockingham” was known to the world, is woven together artfully, somehow juggling conversations about race, sex, justice, media, fame, and identity, without letting anything drop or feel shortchanged. It’s hard to imagine how, even with the ample time allotted, anyone could tell this story better than Edelman and company managed.

But none of that changes the fact that the story is the star here — as it should be, as it must be — given just how unbelievable it all remains, even with 20-plus years of reflection. The running back who wanted desperately to transcend race, only to end up as a flashpoint in our country’s endless struggle with the subject. The superstar who craved fame above all things, only to star in the most infamous criminal trial of all time. The iconic figure who could, as the film documents in its final act, simultaneously exist as a public pariah and a continuously fascinating figure who still drew people into his orbit through his natural charm.

But as the film’s title attempts to make clear, this is not simply a story about Orenthal James Simpson, but about America as a whole. Community leaders from Los Angeles take us through the city’s long history of racial tension, from the Watts Riots to the shooting of Eula Love, to the Rodney King police trial and its violent aftermath. Executives and authors explain why seeing Simpson, a black man but a universal star, sprinting through the airport to pick up his Hertz rent-a-car or bumbling through the Naked Gun movies was so important culturally. Former friends explain in painful detail how our society’s capitulation to fame and failure to take domestic violence seriously put Nicole Brown in jeopardy. And journalists recount how the “Trial of the Century” paved the way for the transition from high-minded news coverage to the “infotainment” we’ve since grown accustomed to.

If this were any other story, we might have had enough. We might reflect on the FX series and this documentary, and the upcoming Martin Sheen project. We might consume all the books, reviews, reactions, and reactions to the reactions, and decide that we’d had enough. There would be think pieces asking if we’ve reached “peak O.J.” and commentators wondering (puns fully intended) if there was any juice left to be squeezed from the narrative.

But you’ll hear none of that next month when ESPN and ABC unveil this project to the masses, because this story really does have that much to offer. You’ll be riveted all over again by the familiar moments. (Watching LAPD David Gascon recount his infamous “O.J. is on the lam” press conference is fascinating, as is Zoey Tur’s account of first locating the White Bronco via helicopter, and Marcia Clark and Gil Garcetti lamenting how the prosecution ever let the glove demonstration happen.) You’ll be equally drawn in by the history you may not remember so well. (Simpson’s complicated relationship with Marcus Allen gets plenty of attention, as does the almost absurdly farcical Las Vegas “heist” that eventually landed him a prison sentence, 13 years to the day of the murder verdict, something that attorney Carl Douglas colorfully notes could not have been a coincidence.)

And, as is the mark of any great story, you’ll be left with a lot to contemplate: How individual experiences color our perceptions, how much we presume to know about public figures we can’t begin to understand, how we, as a society, fail to take care of the most vulnerable among us, be they women, people of color, the poor, and the oppressed. We’re ultimately drawn to the story of O.J. Simpson because it touches everything and it’s impossible not to connect with some aspect of the tale.

Most of America will have plenty of time to process things between installments as ESPN will present the film in five chapters over the course of a single week. Seeing the film in one continuous viewing (albeit with a pair of 15 minute intermissions) was a different experience, and even in our age of binge-watching and “oh, I’ll stay up for just one more episode,” I still wondered what I might be getting into as I entered the Laemmle Film Center in Santa Monica. Apparently, I was far from the only interested party as a theater manager explained that some screenings earlier in the week had sold out, albeit in a relatively small 24-seat theater.

Nevertheless, I fully expected the experience, spending basically an entire day watching a single film, to feel somewhat unnatural. Could I really sit still for that long? How much caffeine (and many subsequent bathroom breaks) would be required? Given our state of constant connectivity, could I really handle the simple act of keeping my phone off that long?

But in reality? Once the lights went down, none of that even entered my brain. Eight hours truly felt like three or four, I couldn’t wait for the next section, and I didn’t care about, for the time being, what the outside world had to offer.

According to Edelman, O.J.: Made in America took years to complete and has basically consumed the most recent chapter of his life. But it works because all that time, energy and work was focused in the right places. Gather the principles, scour the archives, and chronicle the history of the rise and fall of one of the most fascinating figures in American history.

ESPN’s 30 for 30 Series, now nearly seven years old, has become a major piece of the network’s identity, to the point that the “What if I told you…” tagline has become not only recognizable, but a frequent source of satire. (Interestingly enough, the two-minute trailer for Edelman’s doc does not follow the usual format, perhaps a further effort to differentiate this particular film as something truly special.)

But regardless of how it’s presented, O.J.: Made in America always maintains that guiding ethos. Over the course of eight hours, it is inspiring and infuriating, joyous and depressing, a riveting history, and a cautionary tale. It’s an extraordinary account, covered from every possible angle, with no stone left unturned. Edelman asked all the right questions, highlighted the right issues, and made the right choices.

But above all else, he picked a story worthy of his talent. And it shows.

Alexander Goot is a sports television producer, and a writer whose work has appeared at The Cauldron, Vice Sports, Fansided, Sports On Earth, and the Classical. He is a passionate fan of jambands, NASCAR racing, and New York sports, and believed in Kristaps Porzingis from the very beginning. He can be reached at alexander.goot@gmail.com if you'd like to discuss the Mets rotation, or the music of Phish.

"I want to know where the f*ck seagulls live! They don’t live in a nest, they have webbed feet!"

"I want to know where the f*ck seagulls live! They don’t live in a nest, they have webbed feet!"