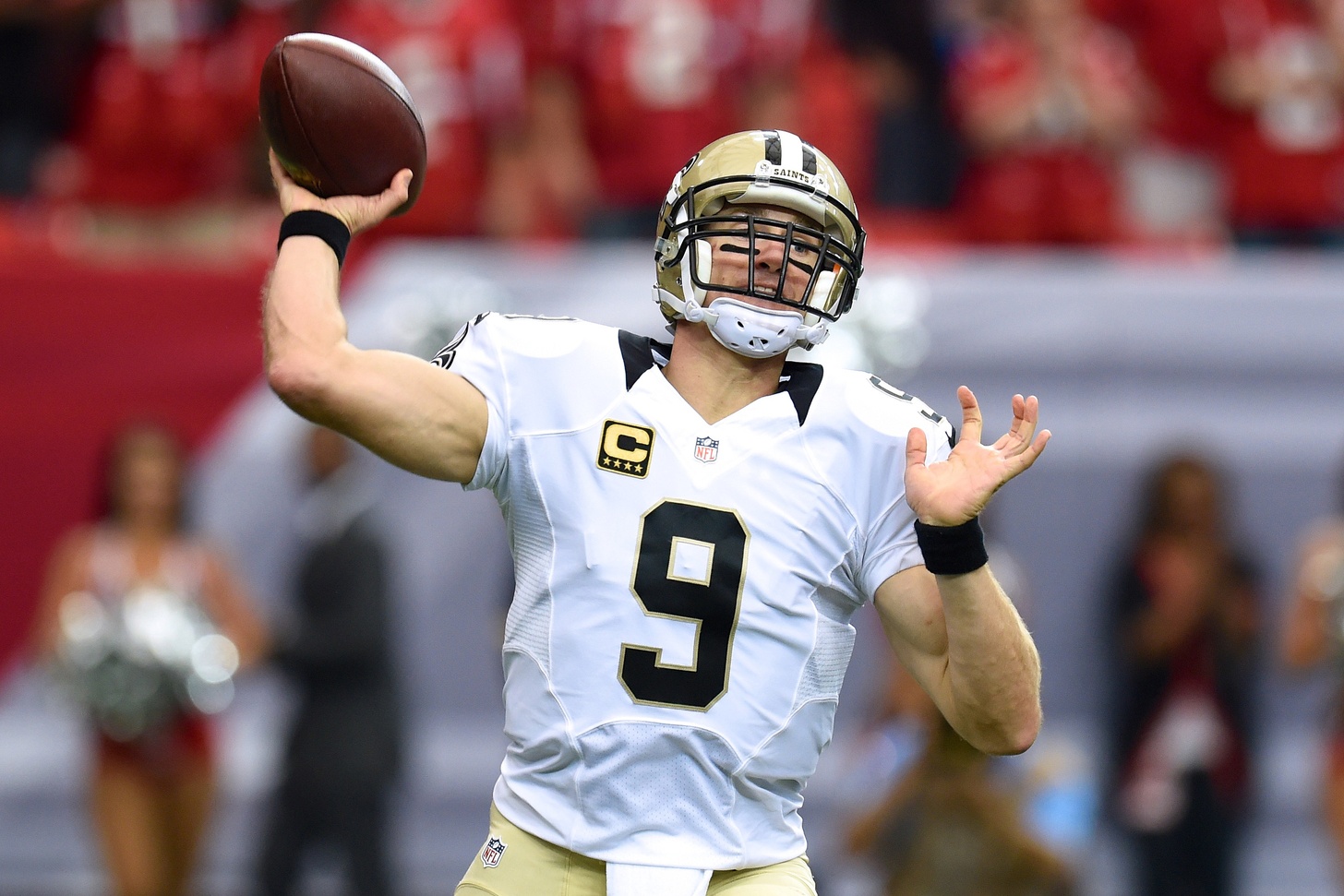 It’s another day and another theory about the NFL’s sinking television ratings. I know, you’ve probably read enough thinkpieces about why the most popular sports league in America has seen their television viewership fall this year to last a lifetime… but you may want to save room for just one more.

That’s because the latest take on NFL ratings isn’t from just anyone, it’s future Hall of Fame quarterback Drew Brees of the New Orleans Saints. Brees should be as good of a source as anyone on this issue given that he’s one of the most popular players in the league, a former Super Bowl MVP, and someone who’s had to live through a Roger Goodell crusade against his franchise.

Brees was asked about NFL television viewership and he didn’t talk about the league over-saturating the marketplace or cord-cutting or quality or play or anything like that. Instead, he laid it squarely at the feet of Goodell and the league’s mishandling of several high-profile cases.

Via ESPN.com and their Saints beat reporter Mike Triplett:

Brees justifiably has some built in mistrust with the commish and the league office. If there’s anyone who should feel aggrieved by Goodell’s heavy-handed management of league affairs, it’s the Saints. (At least outside of New England, that is.) Goodell’s zealousness in punishing the Saints during BountyGate left the franchise hurting with head coach Sean Payton suspended for a whole season. Even though the player suspensions were overturned and Goodell was shown to overstep his bounds, the damage for New Orleans was already done.

But it’s not just BountyGate. It’s the never-ending cycle that was DeflateGate. It was the league’s botched handling of the Ray Rice situation and other domestic violence incidents that would follow. Shoot, even the NFL’s crackdown on their own team Twitter accounts has put the league in an unfavorable light.

Everywhere you look, it seems that the NFL is turning off fans. While people may still love their favorite players or their favorite teams, even stars of the game like Brees can feel the shine starting to come off the shield just a bit.

“I think it’s just been a culmination of a lot of things over the last three years that unfortunately might have just turned people off or caused them to be less engaged,” said Brees, a former player rep and a former member of the NFLPA’s executive committee, who said his hope when he first joined the NFLPA was that there would be a “partnership” between the players and the league office to move the game forward.

“And unfortunately we’ve never felt that feeling reciprocated from their end,” Brees said. “In fact it’s very much been a, ‘We’re gonna do things behind closed doors. And you just kind of believe what we tell you.’ And unfortunately that’s jumped up and bit us, and I named all those cases … where you certainly can’t trust anything that’s coming out of the league office at this point.

“Listen, we as players want the best for this league. This league has so many great things to offer … and for a long time the fans were really enjoying it. And now it seems like that’s taken a hit. And it really feels like it’s been the culmination of the last few years and the way the business of football is being run in the front office. That’s the concerning part at this point for us.”

It’s a tough pill to swallow, but the NFL itself has done more to put the game of football in a negative light than any other entity over the last several years. And while everyone has their own theories as to who isn’t watching and for what reason, the fact of that matter is that NFL ratings are down across the board in pretty much every demographic. But perhaps most interestingly, the numbers have actually been ticking downward for the last few years since 2013.

Brees has a point. It’s not like he or Aaron Rodgers or anyone else is any less popular. And it’s not like NFL stadiums are seeing mass exoduses. But honestly, who has a positive opinion of Roger Goodell or the league office at this juncture? Nobody, not even the NFL, can withstand that kind of sustained avalanche of negative publicity and bad vibes. After a while, eventually those feelings are going to catch up and instead of being a religious NFL watcher, maybe you only check out your team when you can. If Brees is feeling this way, you know other players are as well… and probably scores of fans too.