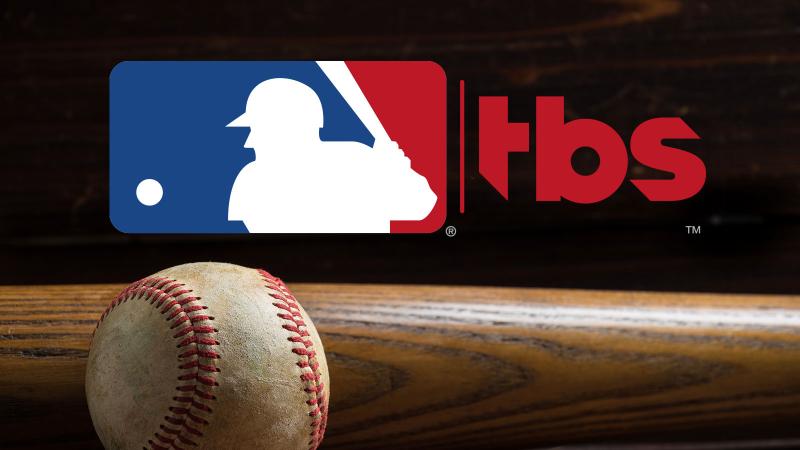 Dating back to when Ted Turner owned SuperStation WTBS, the network has aired baseball. At first, it was the Atlanta Braves as Turner owned both the team and the station and Ted was using the games for much needed programming for the summer. But after Turner sold his broadcasting empire which included CNN, TNT, Turner Classic Movies to Time Warner, the focus on the Braves began to shift. First, Time Warner sold the Braves, then TBS reduced its dependence on the team for programming eventually phasing out the team altogether in 2008.

But to retain a presence in baseball, Turner Sports signed a contract with MLB to air 26 Sunday afternoon games plus the entire League Division Series and one League Championship Series.

That deal lasted until 2014 when TBS signed a new deal, in essence paying more for less, losing 13 games to Fox/FS1, keeping a 13 game regular season package that would air after the All-Star Break and for the postseason, one Wild Card Game, two LDS and one LCS, all from one particular league. This season, TBS aired the American League half of the playoffs.

This particular package is an enigma. First, it airs on Sunday afternoons and doesn’t have a consistent stating time unlike ESPN’s Sunday Night Baseball which always airs at 8 p.m. ET. The MLB on TBS games could start at 1 p.m., 1:30 or even as late as 2 p.m. The package rarely airs games at 4 p.m., although it could if it wished.

And unlike the other sport to which which Turner own the rights, the NBA, production values and announcers pale in comparison to basketball. We’ve seen TBS try to hit the ground running when it broadcasts the MLB Postseason, but it has to play catch up. There was the silly scorebug which seemed to take up the entire upper left corner of your TV screen and it took a while before fans saw a pitch count graphic.

TBS also has had issues in the broadcast booth. It tried to showcase Chip Caray as its lead announcer, an experiment which just didn’t work whether he was constantly saying “FISTED” or describing a line drive as a base hit. Currently, Inside the NBA host Ernie Johnson is the lead announcer for the MLB on TBS, and while EJ is an excellent host, his play-by-play is not as strong as his studio work.

But as we complain, this is consistent for MLB. Over the years, it has signed silly TV deals, taking the money while not serving the fans.

In the 1980’s, ABC signed a deal that called for 25 regular season games, but the network elected to air just 6-8 games, mostly on Monday nights, some on Sunday afternoons late in the season. ABC would air the All-Star Game and LCS in even-numbered years while broadcasting the World Series during odd-numbered seasons, alternating with NBC.

That was replaced with a real money grab, a four-year, $1.8 billion contract with CBS that originally would have the network broadcast 12 regular season games per season. After fan outcry, MLB and CBS agreeed to increase the amount to 16 games, but that was off compared to the 40 combined games on ABC and NBC. To offset the reduced schedule on CBS, MLB signed a contract with ESPN to air 175 games.

After CBS swore off baseball, MLB signed a strange contract with ABC and NBC to form the Baseball Network which would have each network airing just six games each, but regaionalizing every MLB game on a given night. This lasted from 1994 through 1995 with both networks opting out.

For the next five seasons, MLB then signed contracts with Fox and NBC. The Peacock had the strangest contract, just airing 3 LDS games, one LCS and alternating the World Series with Fox between 1996 and 2000. NBC would not air any regular season games. This would be like the NFL signing a contract with Fox, but only giving it 3 playoff games and a Super Bowl once every three years.

And as we come back to the present day, MLB’s TV contracts are all over the place. There are games on ESPN, Fox, FS1, MLB Network and TBS. With playoff games on all of these networks, it’s no wonder that fans are confused over where to find the playoffs.

As for TBS’ regular season package, perhaps the 13 games would be better off dispersed among ESPN and FS1. It’s one thing to have a package that is aired in primetime with exclusivity such as Sunday Night Baseball, but it’s another to have one on Sunday afternoon when many fans are out and may not be able to watch it due to blackout rules. Some of TBS’ games can air in local markets, but it all depends on the matchup.

Maybe in the next contract, TBS can increase its load of regular season games and maybe even take over Wednesday Night Baseball from ESPN, but for now, its current schedule is sorely lacking and handicapped by a Sunday afternoon timeslot.