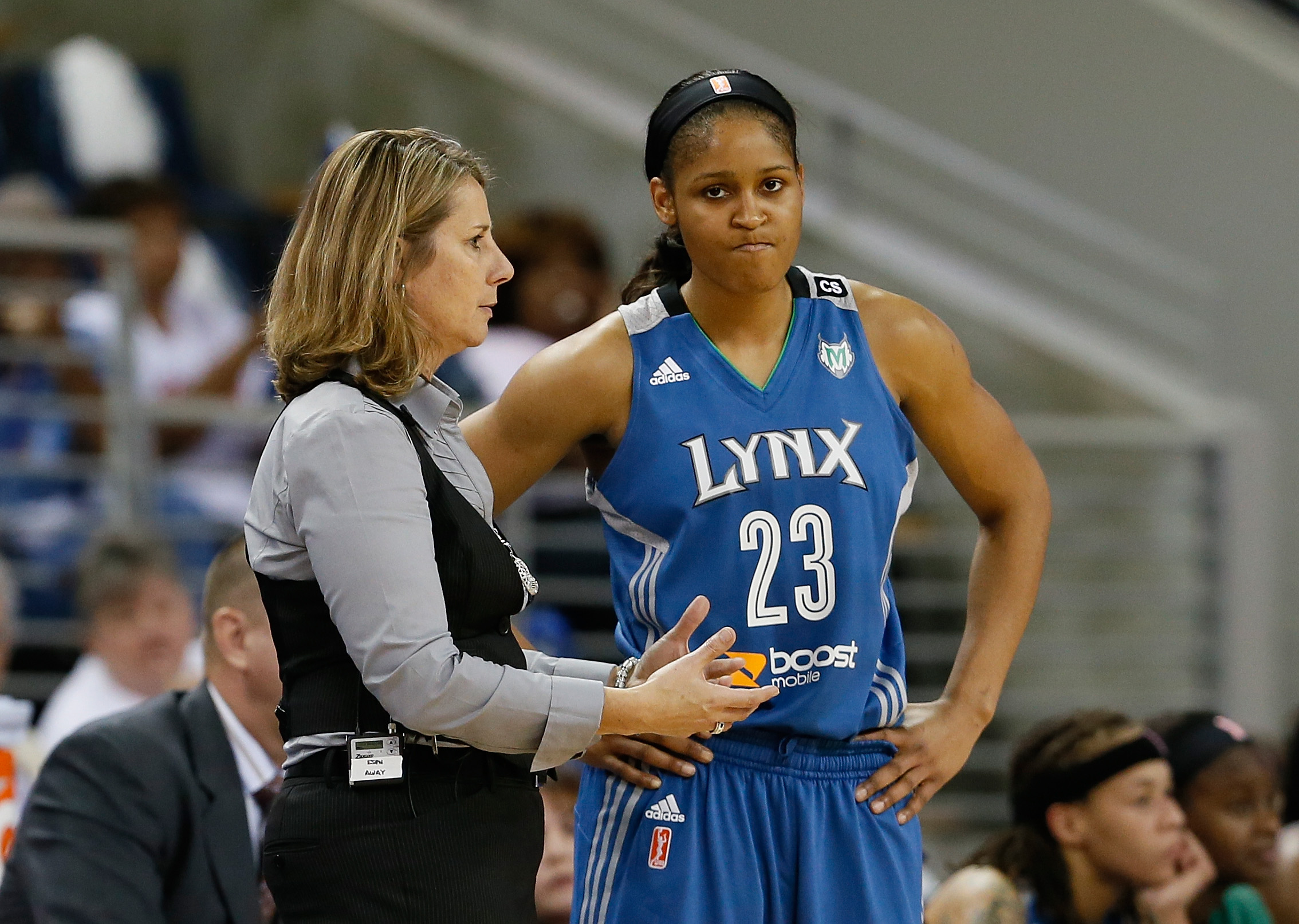 You may not know it from watching mainstream sports television or reading America’s newspapers, but women play professional sports too.

It’s true! They play basketball and soccer and hockey and softball and more. They compete quadrennially during the Olympics, sure, but also year-round in all kinds of pro leagues and international events.

And all of this goes mostly ignored by sports media, as pointed out in a thorough story on coverage of women’s sports over at The Nation earlier this week.

According to the University of Minnesota’s Tucker Center for Research on Girls & Women in Sport, women’s athletics receive only about 4 percent of all sports media coverage. Other studies have put television time as low as 1 percent.

Yet, 44 years after the passage of Title IX, women and girls in the United States are playing and following sports in unprecedented numbers. Forty percent of all sports participants are female, according to the Tucker Center, and roughly a third of fans of major sports are women. The evolution of women’s sports over the last four decades has been dramatic; the media coverage, not so much.

The Nation’s piece suggests the obvious and vitally important fix of getting more women onto sports desks and into sports TV newsrooms (or funding sites like Excelle Sports that cover women’s sports specifically). But beyond that, the article notes, those already entrenched in sports media need to do their part to give women’s sports the attention they deserve.

This is the part where everyone yells into their computer screens that no one covers women’s sports because no consumers care about women’s sports. That viewpoint is represented in The Nation’s piece by, among others, Boston Globe columnist Dan Shaughnessy:

He said his job is to focus on what he believes his audience wants to read about, which isn’t women’s sports.

“I know what people are interested in,” Shaughnessy said. He added he doesn’t do many “pro bono” columns.

Shaughnessy maintains that coverage of women’s sports is “not gonna be read by the people who generally read me.”

“I can’t afford to do a steady dose of that,” he continued. “You just become irrelevant…. I pretty much stick with what I know and care about.”

I won’t suggest Shaughnessy is a caveman for these remarks, because his sentiment represents a likely majority of men in sports media. That kind of “what-will-get-me-clicks-today?” attitude is perfectly understandable for a writer or editor trying to get by day to day. But it’s also short-sighted. It’s not the media’s job to promote certain sports or leagues over others, but in a perfect world the media would make a decision about what’s worth covering without worrying about how many views the stories will get. Newspapers and TV networks have no obligation to grow women’s sports, but wouldn’t doing so be a worthy objective?

Women’s sports aren’t marginalized because of any inherent inferiority (we watch college sports, or even the Little League World Series, even when higher-level pro sports are available), they’re marginalized because we’ve collectively decided not to care about them. If major media outlets began giving women’s sports a little shine, it’s hard to believe increased fan interest wouldn’t follow.

While numerous women in media (Sarah Spain, Kate Fagan and Christine Brennan to name only a few), have been beating this drum for years, we’re still waiting for men to come around. In the wake of Patt Summitt’s death, longtime Los Angeles Times columnist Bill Plaschke wrote that he regretted paying so little attention to Summitt’s teams or her sport as a whole.

But to marginalize greatness because you don’t think many people are watching is embarrassing, even shameful. Summitt’s life showed that, when it comes to women’s sports, if you follow the ratings, you miss the point.

Summitt was empowering women to be themselves, educating women to follow their dreams, and inspiring women to outstretch their society-restricted reach. She was sports at its best. She didn’t just win games, she advanced humanity.

At the end of the day, outlets will inevitably lean toward covering sporting events that are established ratings-bringers, and for now those tend to be male sports. But if every major-market columnist wrote about the local WNBA team just once a month, if SportsCenter devoted 15 minutes a day to women’s sports, if blogs paid an eighth as much attention to what Maya Moore says as what LeBron James says, the sports world would be a slightly better place.

Think Progress’ Lindsay Gibbs, quote by The Nation, says it better than I can:

“You have to be aware of the role media plays, and the role that you as a media member play, in covering things, and the ripple effect that has, and how many people are part of the system without realizing that there is a system,” Gibbs explained. “You can’t ignore the power structures that exist. You’re dealing with huge cultural influences that still are about suppressing women and keeping them in their place, so you have to view women’s sports in that context.”

Let’s try to do a little bit better.