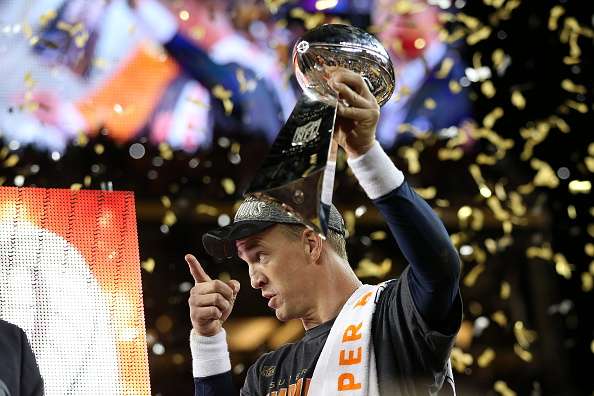 For only the second time in 11 years, viewership numbers for the Super Bowl dropped in 2016. Not a lot, but even the 2.1 percent decline from Super Bowl 49 to Super Bowl 50 is enough to cause some to wonder if America’s most famous and popular sporting event has finally peaked when it comes to TV viewership.

That’s not necessarily the case, as it’s possible this was a bit of an anomaly like Super Bowl 47, which in 2013 experienced a 2.6 percent viewership decline from the previous year.

Matchups and storylines matter, and the bar was raised substantially by Super Bowl 49, which was viewed by 114.4 million people — a 2.6 percent increase over Super Bowl 48.

A year ago, we had Tom Brady and the New England Patriots (who based on a recent Harris poll are slightly more popular than the Denver Broncos) going for a fourth Super Bowl against the Seattle Seahawks (who based on the same poll are much more popular than the Carolina Panthers), with Seattle still basking in the glow of its Super Bowl 48 victory.

Both teams were at peak popularity, and it was expected to be a very close game. In fact, it was the first pick’em point spread in Super Bowl history. Throw in the buzz created by Deflategate and it’s no wonder that remains the most-watched sporting event in American history.

Even with the very popular Peyton Manning trying to go out on top in a great matchup with 2015 MVP Cam Newton, this year’s matchup just wasn’t as appealing. Carolina was a strong favorite and many feared a blowout, and neither Manning nor Newton were attempting to make history in quite the same way Brady or Wilson could have.

This game felt a lot like Super Bowl 48, which also featured the Broncos but against a Seattle team that at the time strongly resembled this year’s Panthers. Like Carolina, they were a franchise with a lack of championship history featuring an entertaining young quarterback going up against Manning and the Broncos.

Naturally, the viewership numbers for that game were just a touch below this year’s game, which when accounting for simple population growth makes sense.

We’d be foolish to conclude that this was anything more than a small aberration, just as we’d be crazy to try to predict a ceiling for the NFL’s television success. The reality is if we get another matchup involving teams like New England, Dallas, Pittsburgh or Green Bay next February, it’s likely the record will be smashed again.

That would appear to defy logic when you consider the rise in streaming and media alternatives, but nothing about the NFL’s television dominance in recent years has been logical.