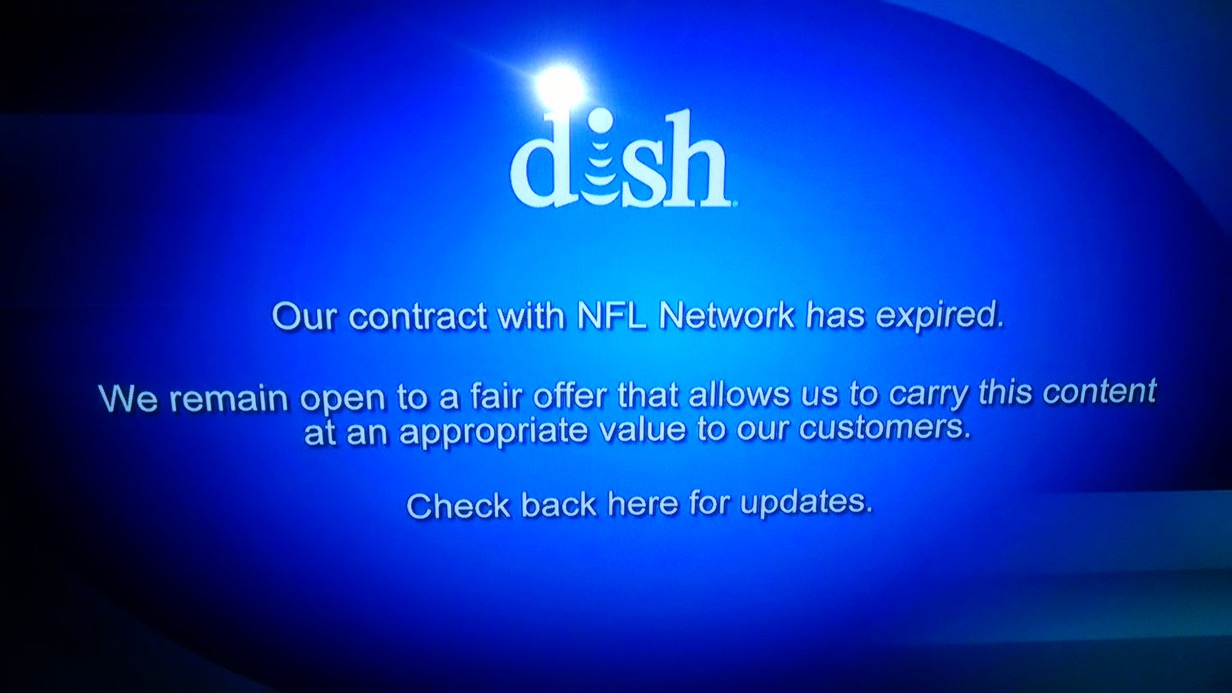 For the first time since it signed on the air in 2003, NFL Network is dark on a pay TV provider. NFL Network may have had trouble in getting picked up with the major providers, but never experienced a blackout. Well, as of 7 p.m. ET on Thursday, Dish Network has elected to remove NFL Network and NFL RedZone off its systems for now. That leaves some 14 million subscribers without NFL Network for now. And as it is the offseason, fans really aren’t missing much right now, but if this extends into the preseason in August and into the first weeks of the regular season in September, that’s when fans will start screaming.

Most of the attention about Dish has been focused on its dispute with Tribune as WGN America and its local stations in major markets such as Chicago, New York, Los Angeles and Seattle are offline. Meanwhile, this negotiation between Dish and NFL Network has flown under the radar.

NFL Network’s carriage fee is $1.40 per subscriber and while that is not as expensive as ESPN and regional sports networks like SportsNet LA, Dish probably felt what the NFL was asking to renew its agreement with the satellite provider was too high. Another potential sticking point could be bringing NFL Network over to Dish’s over the top service Sling TV which carries sports networks such as ESPN and ESPN on basic and ESPNews, SEC Network and beIN Sports on an extra tier.

With NFL Network airing some live studio programming as it awaits the preseason to begin anew in August, Dish may be in a position to save some money by choosing not to carry the channel for the rest of June, July and perhaps part of August. Dish could put an unexpected financial windfall into its pockets and then bring NFLN and RedZone back in time for the regular season.

There’s always the possibility that Dish and the NFL can resolve their differences quickly and bring NFL Network back sooner than later, but as we look at previous carrier disputes, this will likely go to the last minute for an agreement to be hashed out.

The NFL has already created a website aimed at Dish subscribers and carries the following statement:

With the NFL season fast approaching, DISH Network has dropped NFL Network and NFL RedZone from its programming lineup. This is the first time in our 13-year history that we have been dark on a carrying service provider.

So other providers will be watching closely to see how long this dispute will last and to see who will blink first when it comes time to snap the ball for the first time in 2016.