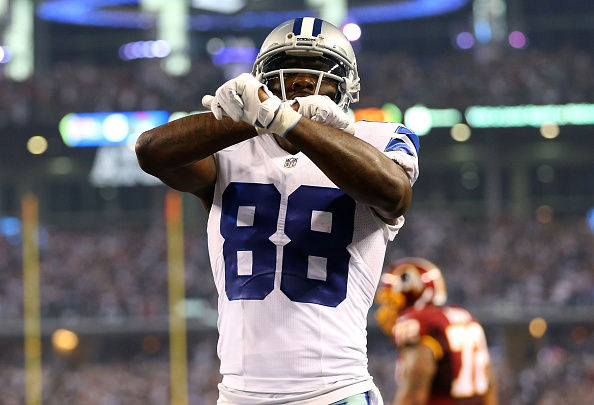 If you’re a star player for the Dallas Cowboys and one who has frequently made headlines for both good and bad reasons, you’re going to draw some criticism. That’s especially true from debate shows looking to crank up the heat of their takes, and that’s criticism that most athletes just ignore. For some reason, though, Dez Bryant has decided that he’s going to keep engaging with the critics, especially those on FS1’s Undisputed with Skip Bayless and Shannon Sharpe.

Last week, Bryant got mad at Bayless’ criticisms of him last week and blasted Bayless for theorizing about why he delayed his MRI rather than talking to him. On Wednesday, Bryant took exception to Undisputed guest (and apparent recurring Fox Sports guest these days) Ray Lewis’ discussion of Bryant and Odell Beckham Jr.’s “behavior on and off the field.” Here’s Lewis’ segment and the tweet promoting it, which tagged both Bryant and Beckham:

Bryant quickly responded with a tweet at Lewis 10 minutes later:

@raylewis why do you think we have so much love for the game? We grew up watching guys like you..we want what you have..

And, amazingly, Undisputed then brought Lewis back for further commentary, this time saying he’s glad Bryant was listening and offering him further advice:

"I’m glad you listening bro because we don’t do this to down you, we do this to encourage you to be great."—@raylewis responds to @DezBryant pic.twitter.com/LNGaVt9QeN

“Encourage you to be great” is certainly one way to phrase “deliver controversial takes that will hopefully attract ratings.” The real question is why Bryant is determined to engage with this criticism, though. It’s not that tuning out the media and your critics completely is always the right answer (see Tony La Russa), but arguing with the likes of Bayless and Lewis doesn’t seem particularly fruitful. You’re just giving them more debate ammunition, and you’re giving them more credibility by deeming their comments worth addressing. A better approach for athletes criticized by Undisputed might be to take Jon Heyman’s advice:

skip bayless has the perfect name. it's the right recommendation about how to handle him.