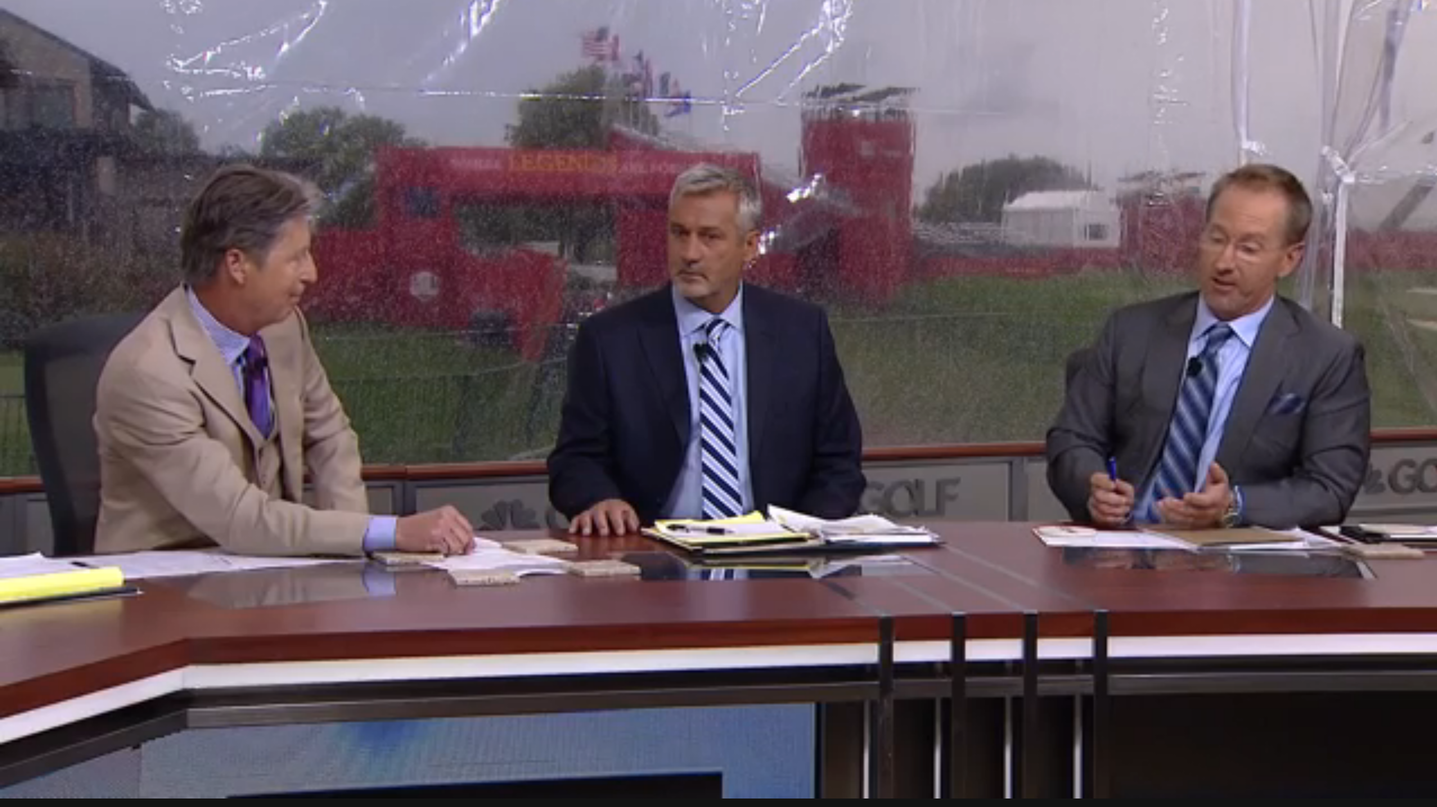 The United States has not won the biannual Ryder Cup since 2008 and has won only once since the turn of the century, which is a cause of consternation for most American golf observers.

And as U.S. golf supporters seek out someone to blame for the Ryder Cup failings, it’s hard to forget that the team’s lone victory during the 21st century came during a year when Tiger Woods was not on the red, white and blue roster. This begs the question, is Woods at fault for America’s shortcomings in the Ryder Cup?

Perhaps unsurprisingly, Brandel Chamblee thinks so. Chamblee has a long history of criticizing Woods, and on The Golf Channel on Tuesday, the commentator ripped into both Woods and Phil Mickelson, blaming them for America’s recent struggles against Europe. But Chamblee’s point, that responsibility for Ryder Cup success or failure falls on the team leaders, did not sit well with his colleague David Duval.

The fireworks really get going around two minutes into the clip, as Duval and Chamblee start angrily talking over each other.

For a while, Chamblee was making a reasonable point, which Duval reasonably disagreed with. Duval, who played on a Ryder-Cup-winning team in 1999, was saying that a lot of factors, beyond leadership, go into a successful team and that the highest-ranked players aren’t necessarily leaders anyway. Then Chamblee seemed to decide Duval was being a know-it-all, and this exchange ensued:

Duval: Having actually been out there and done, there’s a lot more to it than just what these stats say.

Chamblee: “Do you think that actually having to be out there to do it, determines whether or not you can pass judgement on it?”

Chamblee: “I wasn’t at the Boston Tea Party, but I can tell you all about it.”

It was easy to forget Frank Nobilo was even on set, until he jumped in, after four and a half minutes of silence, to defend Duval.

On Wednesday, Mickelson himself weighed in on the U.S. Ryder Cup woes, saying that his 2004 pairing with Woods “failed monumentally,” in part because of a mistake on the part of captain Hal Sutton.

No matter who really deserves blame for America coming up short in so many Ryder Cups, let’s just leave the Boston Tea Party out of it.