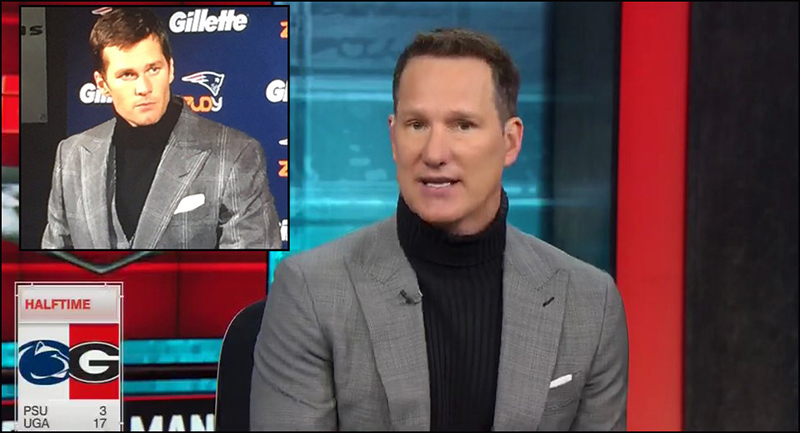 Danny Kanell has made it no secret he thinks the sport of football is becoming weaker by the day. Kanell spits in the face at times of what he perceives to be a war on football any time the topic of CTE issues in the game are brought up. The former Florida State and NFL quarterback  has been through the rigors of the football world on levels many of us could only dream of, so his opinions are not without a first-hand experience to fall back on, however it is fair to suggest Kanell sometimes goes a little bit too far to one extreme when it comes to the game’s physical elements in today’s more modern world.

On Friday, Kanell was discussing the AFC Championship Game between the Denver Broncos and New England Patriots with his ESPN Radio co-host Ryan Rusillo. While discussing Von Miller’s potential impact on the game (keep in mind Miller’s previous trolling of Brady), as well as the entire Broncos defense, Kanell suggested it might be a good strategy to have some defenders get some early licks in on Patriots quarterback Tom Brady, even if it meant drawing a penalty flag after the whistle. You know, to send the four-time Super Bowl champion quarterback a message.

“I didn’t even think about this until just now. I think they have to have two personal foul calls, like 15-yarders against Brady. Like, they’ve been talking about him crying, I almost feel like this is the type of game where you have to send a message like in the first and second quarter, the first half, hit him a couple of times where it’s a little past the whistle. Like, let him know you’re around. Get those knock downs, get those hits on him, make him aware that you’re coming after him.”

“I’m saying you’re gonna take the hit, you’re going to hit him late and you’re going to get a flag called on you for hitting him late… It’s one of those games where you’re like in the first half, you know what, if it’s close and you get a good… I’m not saying dirty, but questionable.”

“You gotta push the envelope. I would almost challenge them to like be like ‘You know what, get a 15-yarder in the first half. Draw a line somewhere, but say ‘We have to send a message.'”

At one point in that thought process Rusillo checked in to clarify what Kanell was saying, but Rusillo later went on to suggest Kanell’s statement made sense. You can listen to a clip of the audio below.

There are ways to send messages in the sport of football, and indeed sometimes there may be a reason to take a moderate cheap shot if the opportunity presents itself. However, no team playing for a trip to the Super Bowl against a quarterback as battle-tested as Brady should ever go so far as to design a couple of opportunities to draw an unsportsmanlike or roughing the passer penalty, because great quarterbacks take advantage of 15, or 30 extra free yards. Those yards can mean the difference between seven, three or zero points on any given possession, so taking a penalty simply for the intent of sending a message to Brady seems a bit foolish in the grand scheme of things.

Kanell did clarify he was not suggesting the Broncos put a hit on Brady to take him out, which is supported by his idea of “draw a line somewhere” and fall on whatever side of that line that is not intentionally taking out Brady. New England, of course, may be a tad sensitive when it comes to talk about players aiming to take cheap shots on their players given the recent idea that players in the NFL were aiming at Rob Gronkowski’s knees.

Of course, as it has been noted by many over the past few days, Brady’s history in Denver is not all that rosy. In eight-lifetime game sin the Mile High City, Brady was beaten just two Denver quarterbacks. One was Tim Tebow. The other? You guessed it. Kanell.