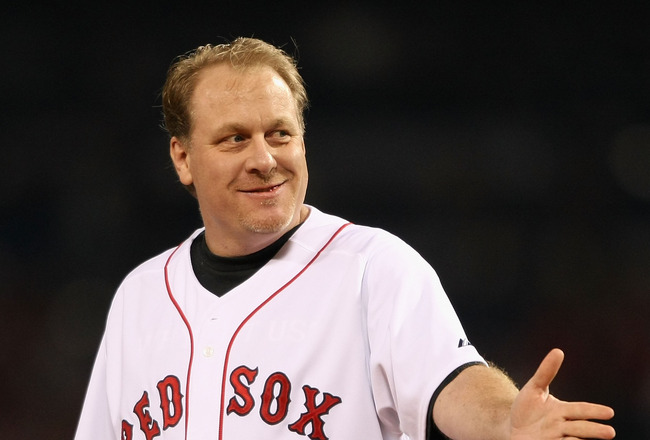 Before Nov. 7, Curt Schilling appeared to be a future Hall of Famer. He had Cooperstown-worthy stats and a memorable history of playoff heroics, and four years into his Hall eligibility he had climbed to 52.3 percent of the vote.

Then that day, he tweeted a photo of a shirt that read “Rope. Tree. Journalist. Some Assembly Required,” and added the caption, “Ok, so much awesome here…”

Believe it or not, this insinuation that journalists should be lynched did not sit well with the journalist who will help decide Schilling’s Hall of Fame future.

Now, Schilling’s Cooperstown chances appear to be toast. According to Ryan Thibodaux’s Hall of Fame vote tracker, which had tallied 89 votes as of Thursday afternoon, 14 writers who had previously checked Schilling’s name have already announced that they’re withholding their vote from him this year, compared to only five writers who didn’t vote for Schilling last year but chose to do so this year. For context, only two other players have lost ground with returning voters: Fred McGriff and Jeff Kent, who are both down only one vote.

Among the writers who have said they would boycott Schilling are Boston Globe columnist Dan Shaughnessy, FanRag Sports reporter Jon Heyman and former ESPN writer Wallace Matthews, who actually gave up his Hall ballot in part because of his anger toward Schilling.

Does all of this bother Schilling, who two years ago joked that his vote totals were underwhelming because he was a Republican?

Well, ESPN’s Jerry Crasnick took a thorough look at Schilling’s Hall of Fame chances and got some quotes from the three-time World Series-winning pitcher. Here’s what Schilling had to say:

“The Hall of Fame vote, to people like Dan and Wallace Matthews and Jon Heyman, is power to them,” Schilling told ESPN.com. “That’s how it works when you give weak people power. They want to ‘hold it over me’ or something like that? Please. An arbitrary process done by some of the most vindictive and spiteful humans I’ve ever known? One I stopped having control over nine years ago?

“I sleep fine. My three World Series rings, trophies and 20-some years of amazing memories are all mine, and always will be.”

So let’s get this straight. You don’t care about the Hall of Fame, but you’re carefully tracking which writers aren’t voting for you, then publicly labeling them “vindictive and spiteful?” Got it.

Schilling’s share of the vote figures to drop substantially this year, but he’s got five more years on the ballot and could certainly gain back some ground before his eligibility runs up. Even if that fails, he’d likely fare well with the Veterans Committee.

But for now, Schilling suffers from his comment about journalists and, even if voters are less quick to admit it, his general boorishness. May this be a lesson to future Hall-eligible players: Don’t threaten bodily harm on the people who get to vote for you.