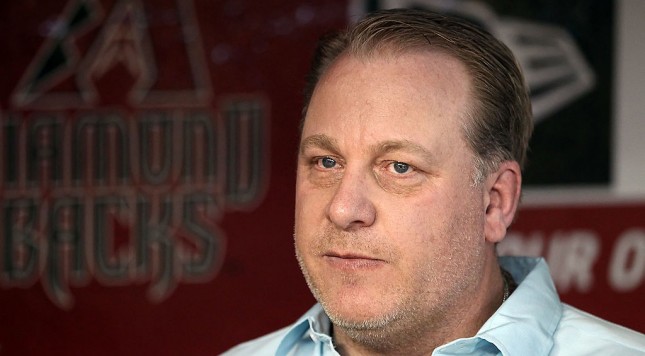 It looks like Curt Schilling will soon again be employed by a broadcaster. The former ESPN analyst, who was fired in April after sharing anti-transgender memes, has since guested on numerous political shows, broadcast his baseball commentary on Periscope, complained about not being invited to speak at the Republican National Convention, and pondered a run for Elizabeth Warren’s Massachusetts Senate seat in 2018, but rumors of him receiving regular employment from the likes of Sirius and Fox haven’t panned out.

Now, though, Adam Vaccaro of The Boston Globe reports that Schilling has signed on to do a weekend audio show, broadcast online and hopefully syndicated on terrestrial radio in New England:

Schilling has signed a contract to join the Howie Carr Radio Network, the company launched by its eponymous founder two years ago after he left his job at WRKO. Carr, the longtime regional conservative talk firebrand and Boston Herald columnist, now syndicates his self-owned show with 26 radio stations across New England, including WRKO, according to Howie Carr Radio Network operations manager Jared Goodell. Schilling’s Saturday morning show will be the first new program on the network.

Schilling’s show will air from 9 a.m. to noon and will be streamed online at curtschillingshow.com starting this Saturday. Goodell said the network is in the process of seeking affiliates to broadcast the show over the air. One station, WFEA in Manchester, New Hampshire, has signed on since the show was announced Wednesday morning, said Goodell, who previously hosted a WFEA show. WFEA did not immediately respond to a request for comment.

Goodell described the program as a current events show that could feature talk about presidential politics, New England politics, and more.

“That could include, by the way, sports,” he said.

If the stories on curtschillingshow.com at the moment are any indication, though, it’s not sports that’s the priority: 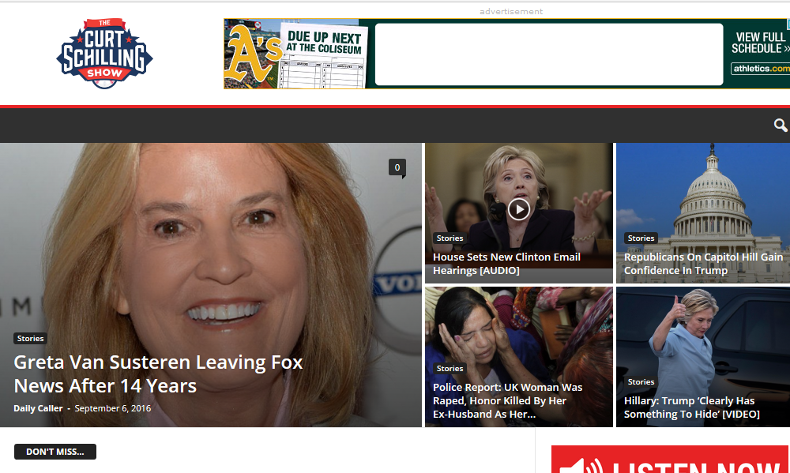 Every single one of those stories is from conservative media outlet The Daily Caller; is there some sort of syndication deal with them, or are we in another Dino Costa situation here? Further down the page, we have “Curt’s Blog” and “Curt’s Tweets”: 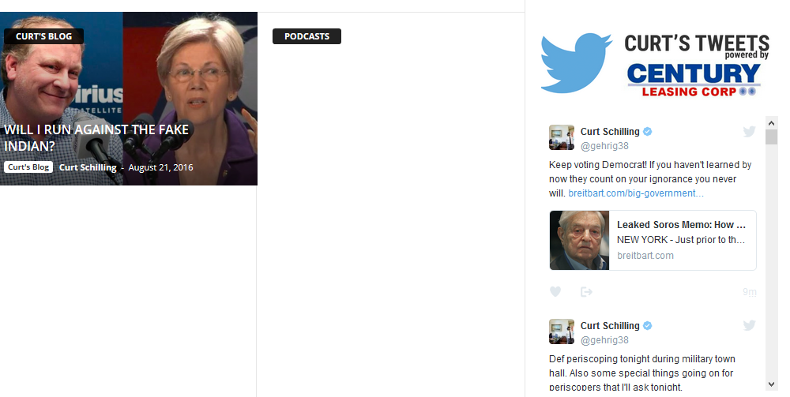 Oh yes, the blog post is everything you could imagine, including a defense of his infamous tweet comparing Muslim extremists and Nazis:

Without the word extremist the meme is useless. Has no meaning and makes no point.

For those idiots that need further help?

ex·trem·ist
ikˈstrēməst/
noun: a person who holds extreme or fanatical political or religious views, especially one who resorts to or advocates extreme action

Anyone still confused? The other adjectives true beanbags have been using for me:
Transphobic – I re-tweeted a picture you cannot unsee (a man dressed as a woman at Mardi Gras), and made a comment that somehow the liberal decoder translated from what I wrote on Facebook.

So this show should be fun. And it’s notable that Goodell told the Globe Schilling “will have a much longer leash than he did at ESPN“:

“We pride ourselves on being a network that has a very strong conservative listenership base … and we really feel that conservative base of listeners wants an unfiltered conversation,” he said. “He will have the ability to speak his mind, we encourage him to speak his mind. I don’t think that’s going to be an issue.”

We’ll see if this actually gets aired by anyone, though. This is a network that so far has only distributed one show, its titular one, and even they claim only one station has picked it up so far (with that station not responding to the Globe‘s request for comment). Will Curt Schilling be able to become a popular regional radio host? We’ll find out.