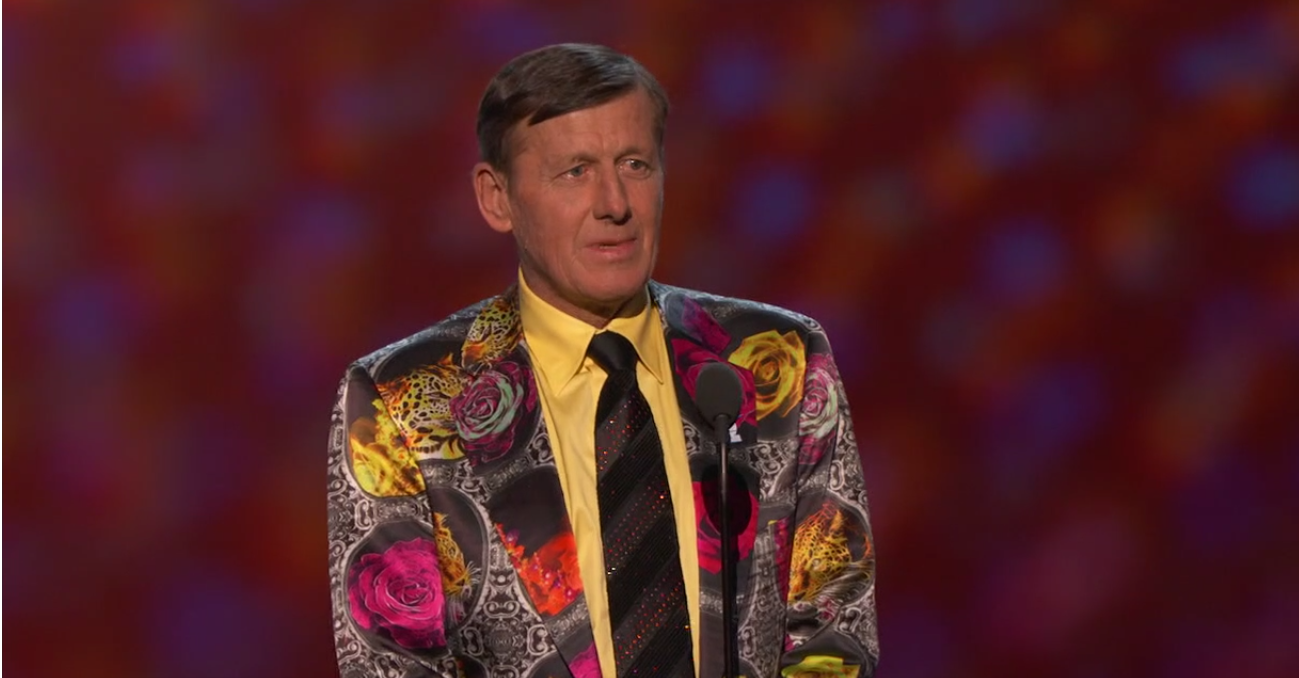 There were so many tributes last night to the late Craig Sager that it was almost impossible to count. Fellow broadcasters paid tribute, Sager’s employer Turner Sports, even other networks and television shows, the NBA and its players, coaches, even people like Hank Aaron and Vice President Joe Biden.

But if there was one tribute worth lifting up on this day after that captured Sager’s legacy, what he meant to sports, to TNT, to all those who were touched by his courageous journey, it was these words by Golden State Warriors coach Steve Kerr, his former Turner Sports colleague. (You can watch video of Kerr’s remarks here.)

There’s that word that is impossible to leave out of Sager’s legacy: fun.

It’s easy to forget sometimes that sports are supposed to be fun. Professional sports are first games played by small children for fun in the yard, the driveway, or the park. In an age of so much anger on social media, 24/7 news and analysis, scandal, controversy, and debate that fun that made us all sports fans in the first place can slowly slip away in the seriousness of it all. That’s even true for those of us that talk about the people who talk about sports.

Craig Sager brought fun, he brought joy, he brought a sense that this was supposed to be entertainment. How could he not, wearing the most colorful wardrobe collection in sports? 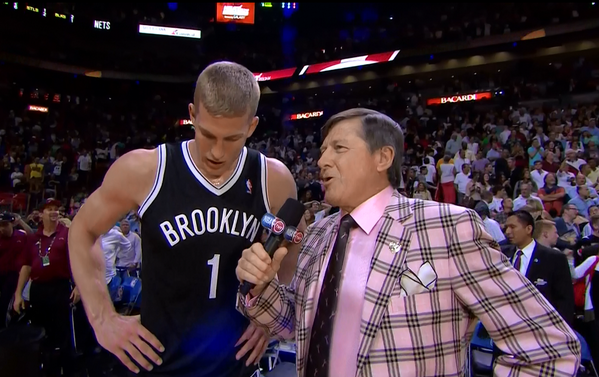 And even next to the biggest stars in sports, Sager always gave the impression that he was never out of his comfort zone. Sager was a natural at the NBA’s annual All-Star Game, surrounded by the most notably luminaries in the association and beyond. His personable relationship with those stars allowed them to open up in ways that we don’t get to see much of the time.

It was ironic that this week the New York Times published a lengthy piece on the challenges of the NBA’s in-game interviews between sideline reporters and coaches. Sideline reporters don’t have the easiest or most glamorous job in sports media, and sometimes for basketball in particular, the amount of information that one can add to a broadcast can be limited. The coaches and the interviewers find the between-quarters interview to be a challenge. The Times even called the exercise “The Bane of the NBA.” The reporters and coaches used words like abnormal, irritation, awkward, nuisance, and high-wire act to describe the exercise that the league and the networks have mandated.

But somehow, Sager made it fun.

Even when faced with the ultimate sideline reporter’s nightmare, San Antonio Spurs coach Gregg Popovich, Sager made it fun. Sager and Popovich’s interviews became an event, a reason to tune in and watch an NBA game. Just think about that for one moment – Craig Sager gave you a reason to watch sports because of a sideline interview. That’s how talented he was and what a great personality he had. How many other sideline reporters, let alone anyone else working a game broadcast can actually say that?

Pop obviously despised the mandate from the league and made his displeasure known on many occasions. But instead of shrinking from the moment, instead of going along with the gruff, morose seriousness of it all, instead of falling into the trap that there could or should be no fun in sports, Sager brought out the best in Popovich. Against all odds, the two developed a friendship and camaraderie that transcended the minute they would share on the sideline. As Sager endured his battle against cancer, Popovich was one of his biggest cheerleaders. Who could ever forget his interview with Sager’s son, Craig Sager Jr.

Sager never stopped having fun. Even in the midst of what must have been the darkest moments anyone could ever experience. Sager’s battle against cancer, even returning many times to work the NBA sidelines in the midst of that battle, inspired millions of people. One of the great moments of the year in sports was ESPN inviting Sager to be a part of its NBA Finals coverage. Another great moment was his acceptance speech of the Jimmy V Award at this year’s ESPYs.

In the last year of his life, it seemed like Sager was everywhere. He even took the time to talk to this website around the All-Star Game to talk about his journey. The fact that he was able to do so much and touch so many people was truly extraordinary. And through it all, he did so with a smile on his face, as bright as his trademark suits.

The suits said it all – colorful, fun, a little outlandish. That’s what sports should be. Thanks, Craig Sager. We'll all miss you.

Here is one of Sager’s memorable quotes from this past September, just a few months before his death, that captures the essence of his fight.

“Man, life is too beautiful, too wonderful, there’s just too many things,” he said. “It’s not just you. It’s your family and kids and all. Fight. Fight until the end. Fight as hard as you can.”

Cancer might have been able to take Craig Sager’s body, but it could never take his spirit, his joy, or the fun he was having.