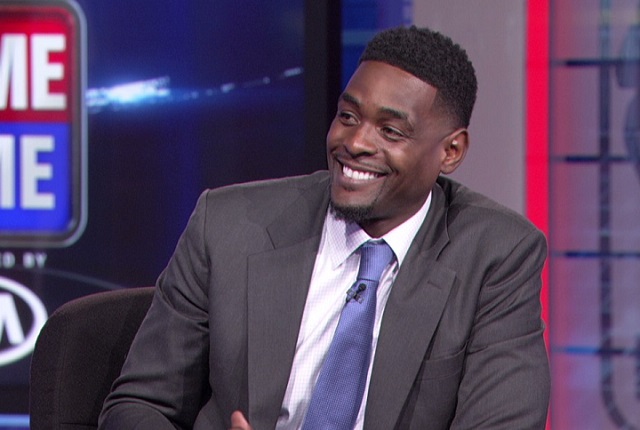 Tuesday’s Game 2 between the San Antonio Spurs and the Oklahoma City Thunder ended in controversial fashion, with the Thunder’s Dion Waiters pushing off Manu Ginobili before inbounding the ball in one of the five calls that the NBA later admitted its referees missed. TNT color commentator Chris Webber went off on the refs for missing the Waiters call, displaying a rare level of outrage for a game analyst, and he’s standing by that. Webber spoke to Mel Bracht of The Oklahoman Wednesday and said despite the criticism he’s received from Thunder fans, he believes he did the right thing in singling out the Waiters non-call and not the previous non-call on Ginobili for stepping on the out of bounds line:

I am very happy with it. I played the game. I know the player steps on the line every time so that didn’t matter. It was an offensive foul. I’m the biggest Westbrook and Durant fan in the world. If you actually look at my Twitter feed, before that play, they said I was an OKC homer. To be a homer for OKC and a San Antonio fan, I think I’m doing a pretty good job. I don’t mind. It was a terrible missed call. The NBA said they missed it. Now that it was, so what. Keep playing.

I’m glad, though, that it caused this type of controversy. I’m glad that people see this is the best series in basketball right now and want to watch these great players. If I take a little heat for being excited since I played the game and I love being around the greatest players in the world and I know how blessed I am to have a job to be able to watch basketball for a living, I’ll take that.

I know I was correct. I know how to play the game. I studied this game. It was a very difficult call. You have the best referees, I believe, out of any other professional sports. I rode back with a referee on the plane. I won’t say which one. And I told him my mom said, “Slow down, baby, you’re having a heart attack.” He kind of laughed. They knew they had missed it. OKC played well. I didn’t want it to take away from the whole game. The fact that (LaMarcus) Aldridge was fouled on a three-point shot, that Westbrook played so well, the fact that Durant was so efficient. Man, that was a heck of a game.

While it’s unusual to see a national analyst become so animated about a call or non-call (we do sometimes see this from local commentators when things go against their team), it’s also refreshing. Webber clearly had a strong opinion on this one (perhaps he flashed back to the 2002 Game Six of the Western Conference Finals that he believes was fixed?), and it’s better to have him express how he really feels than to dial it down. It’s also good that he’s stuck with it despite criticism, and he’s not wrong; the Waiters foul was far from the only refereeing mistake spotlighted by the NBA (which says a lot about the problems with officials swallowing their whistles in clutch situations, altering the game in the process), but it was perhaps the most blatant. Good for Webber for expressing his thoughts and then sticking to them under fire.