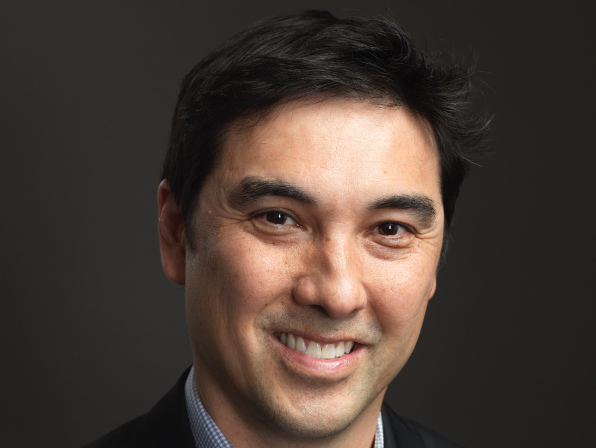 Sports Illustrated managing editor Chris Stone was promoted to group editorial director Thursday, now overseeing SI, Golf and SI Kids, and he already has a lot of future moves laid out for the group of publications. Stone spoke to Awful Announcing Thursday and said there are major changes ahead for the publications.

“We have a lot of big plans,” he said. “When I look around at the franchise, I see a franchise that has great talent, resources that would be the envy of a lot of our competitors, great opportunity and possibilities. We have bosses who are giving us the runway and the go-ahead to build big ideas, big partnerships, big initiatives. I’m not at liberty to get into the specifics, but in the next six months, you’ll certainly see them rolled out.”

Stone said some of that revolves around SI focusing on new and different content forms.

One non-traditional content move they’ve already done is with the Peter King-centred football-only website TheMMQB.com. Stone oversaw the launch of that site during his time as SI’s managing editor. He said it and other verticals like it, including a new NBA one, are a key part of their forward-looking strategy.

“That’s an example of a content play we are still making some big bets in,” he said. “We made hires recently of Albert Breer and Tim Rohan. We’re going to similarly invest in other verticals going forward. The next place we’re going to go with verticals is the NBA. The NBA, there’s a great opportunity there. It’s a league with a great arc going forward, it has a great audience. The engagement of its fans and followers is like no other sport in North America. …It’s a highly-desirable, highly-engaged audience, and we think we cover it as well as anybody. That’s a very sensible investment for us from a content standpoint.”

TheMMQB is a personality-driven site focused on King (who just signed a multi-year extension with SI earlier this year), and SI reportedly tried to lure Adrian Wojnarowski from Yahoo to do a similar NBA-focused affinity site last year (Wojnarowski elected to stick with Yahoo and launch The Vertical there, which he maintains isn’t a personality-based site), but Stone said SI’s new NBA vertical will not be centered on any one personality.

“It’s going to be a different approach,” he said. “This is going to be more of a collective effort, but using some very A-list names at its center: Lee Jenkins, Chris Ballard, Andrew Sharp. From a content standpoint, that’s kind of our next big play in the mold of The MMQB, and I would add Planet Futbol for that matter, which has really been growing since Grant (Wahl) and others got that off the ground a few years ago.”

There’s more integration ahead for SI’s publications and online platforms as well. Stone said previous SI Group editor Paul Fichtenbaum already did a lot on that front and he plans to continue that trend, including creating a unified newsroom between the three publications and reducing the magazine/digital divide.

“By the end of this year, you’re going to see one Sports Illustrated newsroom,” he said. “My predecessor, Paul Fichtenbaum, really did a great job of integrating the digital and print sides, which was a really Herculean task. And we’ve made great strides there, but for all those great strides, we really are two ecosystems. We have a print ecosystem and a digital ecosystem, and they’re both successful ecosystems, but they need to be one ecosystem. It needs to be one newsroom and it needs to be that by year’s end.

“Already, our writers, for example, do belong and do fit into the one-newsroom paradigm. There’s no such thing as a magazine-only writer at Sports Illustrated any more. But we do still have magazine-only editors and digital-only editors. There will still be some people who do more magazine work than digital work, and plenty more will be doing more digitally than from a print standpoint, but nobody’s going to be doing one independent of the other, at least from the magazine standpoint.”

“The website is being redesigned, with the idea of launching it by mid-summer,” Stone said.

Stone said investing in that sort of digitally-focused “non-core assets” isn’t about immediate returns, but rather a long-term play. He said it’s similar to how the Boston Red Sox ownership group led by John Henry invested in other sports, in TV, and in improving the fan experience at their stadium, all of which boosted the Red Sox eventually.

“All of that in the end enriched the core, because of this willingness to step out of their traditional comfort zone, but it didn’t compromise the core product,” he said. “Obviously, winning three World Series helped a great deal, but they would have been strengthened immensely even without those World Series because of their willingness to make those non-traditional investments.

“And that’s, I think, where we find ourselves right now, with the willingness and the support of our bosses to make those kinds of non-traditional media investments, which are going to strengthen the core, and they are not going to damage the core in any way.”

What exactly is the core for SI, though? Is it the print product, or is it the quality journalism and writing that appears in the print product? Stone thinks that while the print magazine still has an important place for now, the real core is what goes into it, and that there’s a need to slowly transition from the print product to new forms of media while still keeping what appeals to its loyal readers.