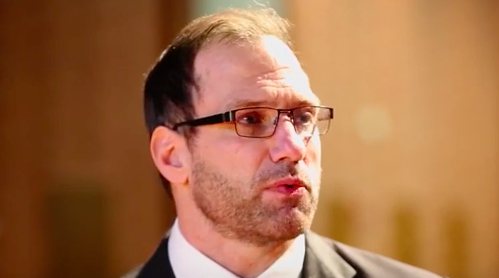 The ESPN-Fox pipeline has been flowing pretty consistently throughout the last year.  Of course, much of the attention has been on bloviators like Skip Bayless, Colin Cowherd, and Jason Whitlock.  However, outside of the spiral into Embrace Debate 2.0, Fox has also made some pretty solid hires on the analyst front.

According to a release, Spielman will cover both the NFL and college football for Fox Sports, working primarily as a game analyst for the NFL on Fox.

Here’s the announcement from Fox Sports:

“I’m excited about being part of FOX’s NFL and college football coverage for years to come.” Spielman said.

“Chris is a tremendous broadcaster with a wealth of NFL and college football knowledge,” Entz said. “His outstanding career both on and off the field brings a huge amount of credibility to FOX Sports. We feel really fortunate to have him with us.”

A native of Massillon, Ohio, Spielman graduated from The Ohio State University in 1988 with a degree in recreation education. He was a two-time All-American at linebacker for the Buckeyes and received the Lombardi Award, honoring the nation’s top college lineman or linebacker, following his senior season. He was inducted into the College Football Hall of Fame in 2010.

Spielman was taken 29th overall in the 1998 NFL Draft by the Detroit Lions where he played eight seasons, represented the team in four Pro Bowls and was named the squad’s defensive MVP twice. Spielman also played two seasons with the Buffalo Bills, setting a career high in tackles during the 1996 season. He retired in 1999 as a member of the Cleveland Browns.

Spielman entered broadcasting in 1999 with FOX Sports Net where he worked as an NFL studio analyst for two years before joining ESPN in 2001. With ESPN, Spielman primarily worked on ESPN College Football Saturday alongside play-by-play partner Sean McDonough and sideline reporter Todd McShay.

Spielman is active in the fight against cancer and leads the Stefanie Spielman Fund for Breast Cancer Research, named for his late wife who passed away in 2009 following her own courageous battle. He is now married to his wife, Carrie, and the two parent their six children.

Spielman isn’t just a good hire by Fox – he’s a great hire.  He’s one of the more passionate analysts covering football today and is very good when breaking down game action or diving into deeper topics.  It will be interesting to see where he fits in the lineup at the NFL on Fox as a game analyst and who he works with.  The top two broadcast pairings (Buck/Aikman and Burkhardt/Lynch) are fairly well set, but one can immediately make the case that Spielman should be right up there near the top of the lineup.  On the other end of the spectrum, it’s another tough loss for ESPN as they lose another very talented broadcaster.

Looking further ahead, Spielman will probably have a place as a lead analyst for the Big Ten when those rights come to Fox Sports starting next year.