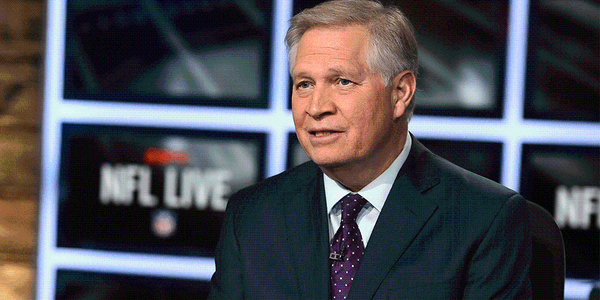 As you’re aware, ESPN NFL insider Chris Mortensen is being treated for throat cancer and it has forced him to be away from his normal duties such as reporting from the Draft. He was seen during the Draft in a commercial for Gatorade in tribute to Peyton Manning, but it wasn’t the same as his regular appearances in years past.

But even with Mortensen not in Chicago for this year’s Draft, it doesn’t mean he wasn’t monitoring what was going on. Mortensen told Tom Hoffarth of the Los Angeles Daily News that he’s been keeping in touch with his fellow NFL reporters through texting and letting people he’s still around through social media:

“I have been able to interact with many in the NFL and with my colleagues. I have become a serial texter, which isn’t a good thing. A conversation still beats a text for a lot of reasons. I really haven’t been that engaged on social media. I may get on Twitter two or three times a week by someone’s request to re-tweet something or just to check NFL-related content.”

And he watched the first round of the draft on both ESPN and the NFL Network and he to got to harken back to his youth as a Los Angeles Rams fan.

“When Suzy Kolber and Jared Goff – whom I got a little acquainted with at the Manning Passing Academy last July – gave me a shoutout, it was cool because it was the Rams. The L.A. Rams.

“As far as the NFL Network goes, I pay attention and have good friends there. I always want to hear what Daniel Jeremiah has to say. He’s one guy who was highly regarded as a scout with the Ravens, Browns and Eagles; gosh, he had an opportunities to become the player personnel director with two teams this year but chose to stay put. We’re also close friends, extended through our families.“

As Mortensen continues his battle against cancer, he says there are way too many people affected by the disease whether it’s the patients themselves or their families:

There is one myth, in my opinion, I would share. The mantra of “kick cancer’s ass” may be well-intended but it’s misplaced. Based on what I have experienced and having seen and heard others, you don’t kick cancer’s butt. It kicks your rear end. You just take the punches, get back up and let it hit you again and again.

Mortensen is being treated in Houston and heres’ hoping that he’ll be back next year covering the NFL Draft and also back at ESPN in September when the season starts.