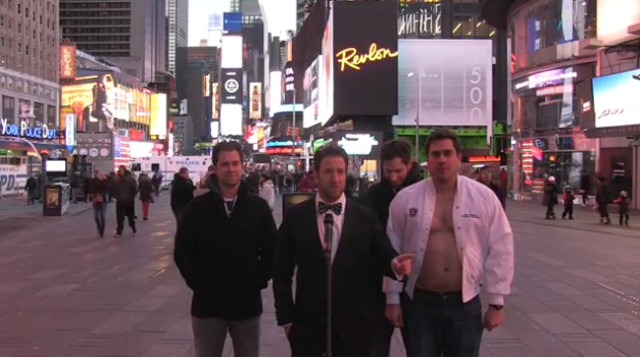 Barstool Sports just got a lot of financing. Media investor Peter Chernin’s The Chernin Group has bought a majority stake in Barstool for several million dollars (Barstool’s Dave Portnoy claimed a total valuation of $10-$15 million in a “press conference” on the streets of New York City), and Noah Kulwin of Re/code writes that there will be a non-editorial management shuffle, plus the additions of Chernin’s Mike Kerns and Jesse Jacobs to Barstool’s board.

However, Barstool’s content will continue along the same path despite criticism; Portnoy writes that he only made the deal because of Chernin’s support for their content.

Even though I’m not the majority owner of Barstool anymore I’m still 100% in charge of content. This was not my cash out moment. This was our best shot to literally take this thing to the moon. To swing for the fences. The idea to move us all into one office in NYC was my idea. Chernin knows about the Size 6 skinny jean joke. They know about Babygate. They know about Al Jazeera. They get it. They understand it. They understand what makes us tick and don’t want to change it at all. That’s the only way I’d ever agree to something like this.

It sounds like Chernin is on the same page. Kerns told Kulwin Barstool will still have “100 percent control” of editorial, and said criticism of the site (which ironically came to the surface on the same day of the announcement thanks to a piece at The Cauldron regarding controversial social media behavior) is about wider internet issues and not just a Barstool issue:

“Commenting in general, and maintaining a certain quality of discussion, is a problem Internet-wide — on the Yahoo homepage (which I ran), Tumblr, Reddit and so on. Barstool, on a much smaller level, fits into the problem,” Kerns told Re/code in a phone interview.

When asked if TCG would do anything to pressure Barstool to tone things down a bit, he said that “Barstool has 100 percent control of editorial, we’re never going to pressure them to do anything. Nothing to add beyond that.”