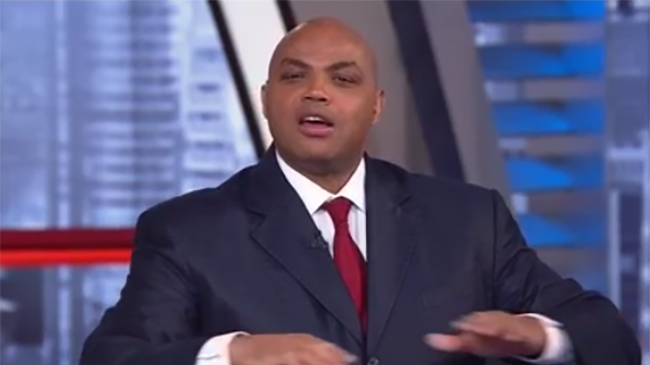 Charles Barkley has never been one afraid to speak his mind on any subject, let alone the state of the NBA. But even by his standards, last night’s two-minute rant on Inside the NBA about analytics, Big Men, three-point shooting and more was a bit much. It all led to a fairly blunt assessment of the current state of the league: the NBA is as bad as it has ever been, according to Chuck.

Here’s the video of the rant:

Chuck thinks the NBA is the worst it's ever been pic.twitter.com/VtcZuQuOvn

And while watching Chuck go on stream of consciousness rambles is often fun, not everyone can listen the whole way through them. So here are a few of the more notable quotes from his rant:

“If you look at the NBA now, it’s the worst it’s ever been, in my opinion. Everybody want to use analytics, everybody want to shoot threes. Threes are great if you have a Steph Curry, a Klay Thompson, guys like that … But now, if you look around the NBA, everybody is trying to go small. We got a bunch of guys shooting threes who are not good shooters. Now we’re trying to to relegate the big man out of the game.

If you look at the big picture — and this ain’t no ‘old guy hating on the young guys’ — the NBA is the worst it’s ever been, top to bottom. We got one or two, three or four good teams, and the rest of the teams stink.”

If you go back and look at the NBA for the last 30 years, you know who won the championship? The team with the best players.”

He probably would have gone on for longer, but Kevin Garnett in another studio (Area 21) cut him off and reminded him that Inside the NBA is 30 minutes, which caused everyone to burst out laughing. However, Barkley wasn’t done and continued to dance on a variety of topics for another minute after that.

Have we reached a point where Barkley is saying outrageous stuff just to continue to get people like us to write posts up about his rants? Because if that is his goal, then he’s succeeding. Or maybe he does actually believe most of the stuff he’s saying, and most of what he has been saying it’s hard for even him to justify.

On his complaints about the NBA having no parity: since Michael Jordan left the Bulls, eight teams have won an NBA Title. During Jordan’s peak, three teams won the NBA title (from 1989-1998), and from 1978-88, four teams won the title.

How about his idea that the team with the best players always wins the NBA Championship? Was that the case in 2011 when the Mavs upset the Heat and the Big Three? Or even last year when the Cavs beat the Warriors? And let’s not even get into analytics, since most every team uses them in some way, and many of those ways aren’t known to the public.

Most everyone watching the NBA except Chuck seems to think the NBA is at a new peak in popularity as well as the quality of the product. Whether you think Chuck actually believes what he’s saying, or whether it’s just Chuck being Chuck to be contrarian and drive conversation and posts like this, his rants on the game are getting weirder and weirder.