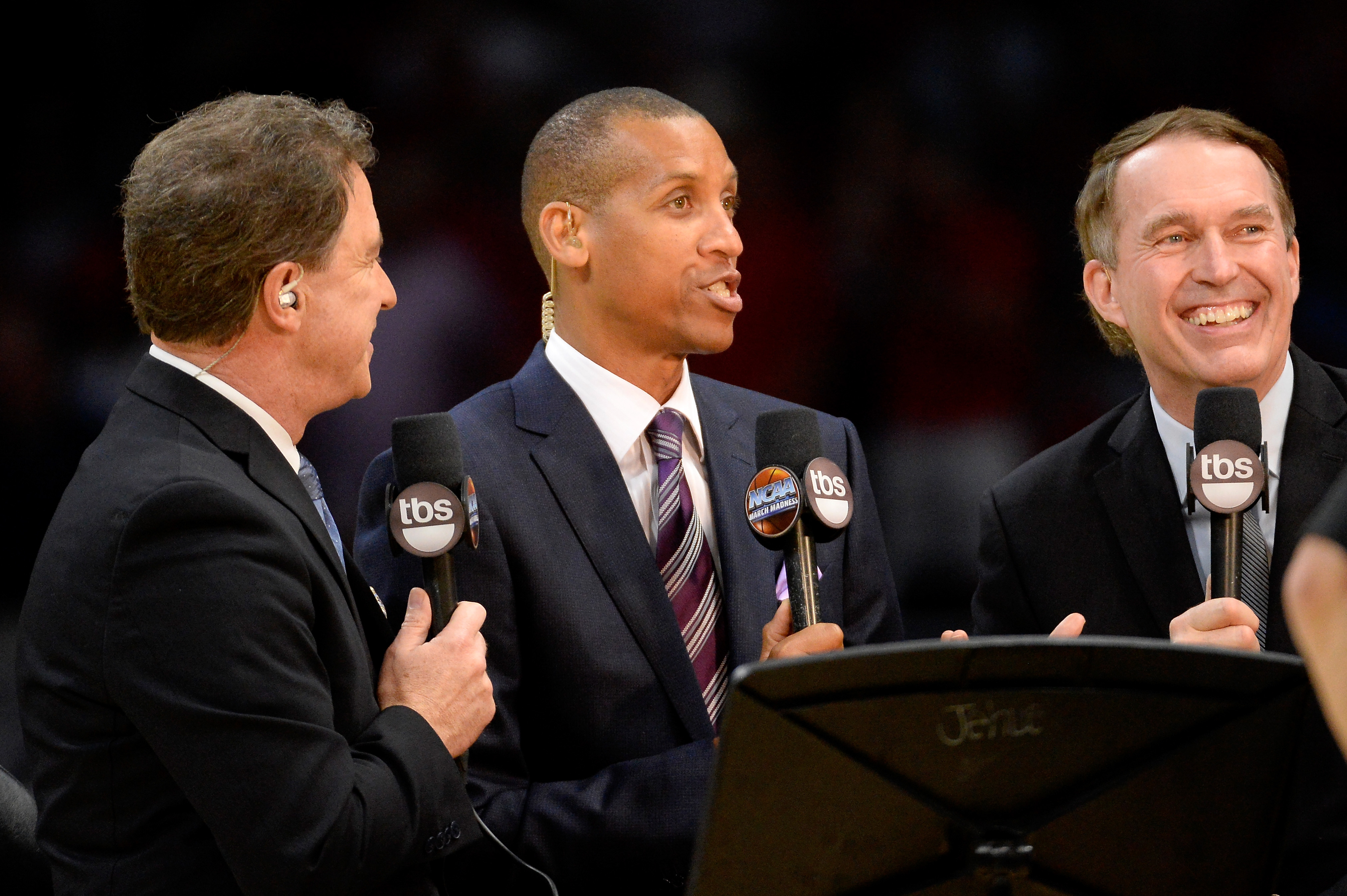 Most recently, Bonner has worked with Gus Johnson and Dan Bonner, but before he had a regular and consistent partner, Bonner for many years had a one-and-done situation, going through several play-by-play men before his friend and ACC Network co-hort Tim Brando broke that streak.

“Jim Marchiony, who’s an Assistant Athletic Director at Kansas, he was running NCAA Productions at the time. and I would call him up and say ‘hey, I would really like to do this,'” Bonner said. “Jim Marchiony had a crew of guys that he used and I think basically you had to either retire or die to get off Jim’s list, so he had an opening and he let me do it.”

And once Bonner began in 1986, he continued with NCAA Productions until ESPN’s time with March Madness ended.

With NCAA Productions, the games were either picked up nationally by ESPN or in some cases, syndicated to the local markets involved in the games. When CBS signed to do the entire tournament in 1991, Bonner continued with the Tiffany Network and began to call all four first round games on-site whereas NCAA Productions would hire two announcing crews for each first round site so Bonner would originally call two games and then hand off to another team for the next two games.

Some of Bonner’s most memorable games include the Cleveland State-Indiana game in 1986, the Northern Iowa-Missouri buzzer beater in 1990 which was UNI’s first win in the NCAA Tournament, then UNI again in 2010 when Ali Farokhmanesh became a legend with a Sweet Sixteen run that had wins over UNLV and Dan points out the game winner was almost in the exact same spot as the winner twenty years earlier then Kansas in the second round:

Bonner’s call of “YOU CAN’T BE SERIOUS WITH THAT SHOT!” lives in UNI lore and Bonner said he’s happy to be associated with that play. “It’s fun to be associated with great plays,” Bonner said. “I’m not going to lie, it’s fun when they replay that and you hear my voice. I’m very proud of that moment. Obviously, I didn’t rehearse that moment, it sort of came out and so I’m glad something sensible came out in that particular situation.”

Another game which Bonner remembers is the Gonzaga-Florida game in 1999 which he worked with Gus Johnson. The two partners Bonner has worked the longest on the tournament are Johnson and Kevin Harlan who get excited when there’s big play and he said he’s happy to be working with announcers who are just as passionate about the game as he is. But before Johnson and Harlan, Bonner had to work with different partners every year.

“When I first started with CBS, for my poor partners, I was like the Black Widow,” Bonner joked. “I worked with Tim Ryan. I worked with Jim Henderson. I worked with Mel Proctor. I actually worked one year with Verne Lundquist and it was that time when CBS lost the NFL so Verne went away and went to work for Turner so Verne wasn’t back for a couple of years. I worked with Bill Macatee and I worked with Gary Thorne and then Ted Robinson.”

It was finally Tim Brando who finally broke that one-and-done streak, “I told Tim, don’t get too excited. Everybody who works with me doesn’t work for CBS the next year.” But it’s been Johnson and Harlan with who Bonner has worked with the longest and he said it’s been a privilege to be associated with them.

As for tonight’s games in Chicago which he’s calling with the aforementioned Harlan and Reggie Miller on TBS, Bonner said he’s looking forward to some good games involving Syracuse-Gonzaga and Virginia-Iowa State. “We’re going to have some great matchups,” Bonner said. “Iowa State is really good. They pass the ball well. They shoot the three really, really well and those type of teams give Virginia problems, but Virginia is very resourceful and very talented.”

Bonner said he expects Iowa State and Virginia to be very competitive.

As for Gonzaga-Syracuse, “You’ve got two double-digit seeds in the Sweet Sixteen, but who are they? They’re two of the biggest teams in college basketball, ” Bonner said. “I think Syracuse is playing really well and that zone always gives people problems, but Gonzaga with their big guys inside is exactly the type of team that can create problems for Syracuse, so I expect another close competitive game.”

So with Bonner calling three more NCAA Tournament games this weekend, he’s hoping that he’ll be able to add them to his list of memorable contests in his 31 years of calling March Madness.