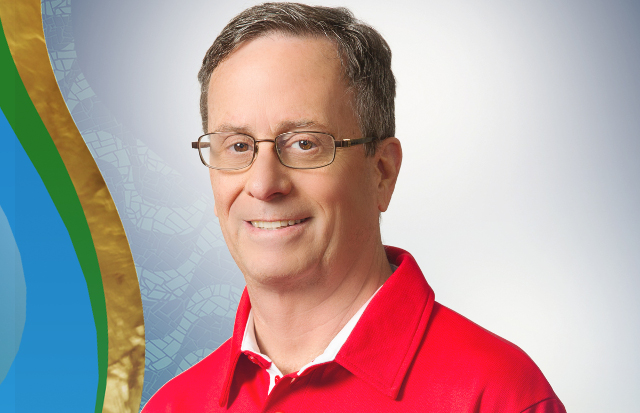 Broadcasters should know to be very, very careful around microphones, and the latest example of why that’s good advice comes from the Canadian Broadcasting Corporation. The CBC’s broadcast of the women’s swimming 200-metre freestyle relay (which saw Canada claim bronze behind the Americans’ gold and Australians’ silver) featured some rather random and potentially offensive commentary from veteran color analyst and University of Toronto head swimming coach Byron MacDonald, broadcast on a hot mic. Via Greg Sinclair on Twitter:

YOUR MIC IS STILL ON AHAHA https://t.co/ro7DkgXuhX

This provoked some commentary:

Hot mic on CHC just now: "That little 14-year-old from China dropped the ball, baby. Went out like a sting (?), died like a pig."

Followed by, "Well, look who's there! Dick Pound." Amazing.

The CBC did eventually apologize in Canadian fashion, both on the air and to everyone who complained about the comment on Twitter. Seriously. By my count, there were 90 separate apologies on their @CBCOlympics Twitter page Wednesday night. (Mostly copied and pasted, but still.) Here are a few of them: 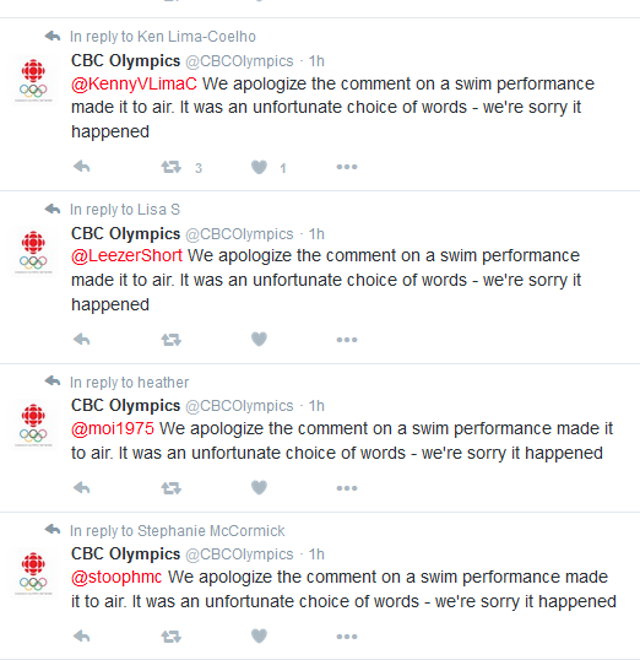 They also apologized in a statement, via Nick Faris of The National Post:

“We sincerely regret that these statements were made, and that they were allowed to go to air. We moved quickly last night to apologize to our viewers on-air and to our followers on Social media,” CBC spokesman Chuck Thompson told Postmedia in an email Thursday morning.

“To be clear, Byron’s comments were related to the swimmer’s performance, not to her as an individual. That said, they were inappropriate and an unfortunate choice of words and Byron is very sorry for what he said.”

MacDonald himself apologized on-air Thursday morning too, also via Faris.

“I would like to take a moment to apologize for a comment that I made last night after the women’s relay,” he said on CBC’s Olympic broadcast. I was referring to a swimmer’s performance, and not to them as a person. Needless to say, there was no disrespect intended and I’m very sorry.”

As per the comment’s merits? China finished the race fourth with a total time of 7:47:96, well behind Canada’s 7:45:39. The 14-year-old on the team is Yanhan Ai, who swam second, and she did come out fast (her first 50m split of 26.29 was better than three of the Canadians), but faded down the stretch: she had a 150m time of 1:26.70, faster than some of the Americans, Australians and Canadians, but swam a very slow final 50 meters in 31.09 seconds, giving her an overall time of 1:57.79. So MacDonald’s analysis isn’t wrong, albeit being poorly worded and inappropriate. It’s notable that Ai still finished with a better overall time than the lead swimmers for both Australia and Canada, though, so this wasn’t all her fault. And even if it had been, this wasn’t the best way to describe her performance, even if it wasn’t intended for air.