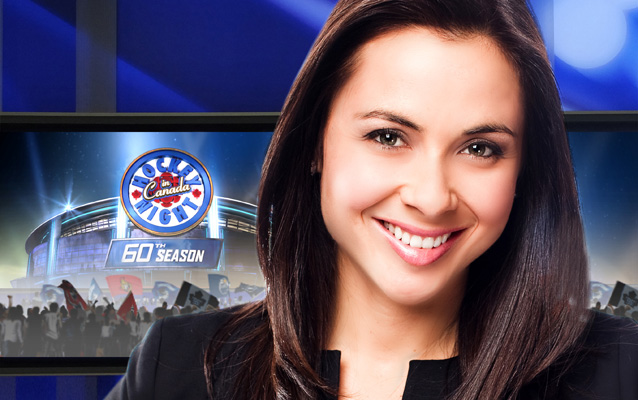 On many levels, it’s disappointing that “Canada’s first female daily sports radio host” is a milestone only reached in 2016, one TSN 1050 Radio Toronto hit Thursday when they announced Andi Petrillo as the new host of Leafs Lunch as part of a larger reshuffling. There have been many influential women in Canadian sports media over the years, and it’s a pity that it took this long for one to receive a slot as a daily sports radio host. However, some of the blowback TSN took on Twitter is evidence there’s still plenty of sexism out there in the audience, which is part of why it took so long for this milestone to happen.

@TSN_Sports @LeafsLunch1050 This show will never be the same. Bad news today. Hockey Central at Noon it is now!

@TSN_Sports @LeafsLunch1050 Did Harold call this one in? Worst move since we traded MacDonald!

Yikes. Expect another round of layoffs in the next 6 months. #desperation. #mute #rogersnation @TSN_Sports @LeafsLunch1050 @AndiPetrillo

There were plenty of positive responses as well, and not all of the criticism may have been purely sexist (some of it seems to be affinity for the previous group of Bryan Hayes, Jamie McLennan and Jeff O’Neill, but they’re not gone, just moving to the afternoon drive slot), but there’s definitely some bashing of Petrillo here just over her gender. That’s highly unfortunate, as if you look at her resume (she’s been covering the Leafs and hockey for a decade, including stints on Leafs TV, Hockey Night in Canada, NHL Network and more), Petrillo is exceptionally well-qualified for this job.

Petrillo told Pension Plan Puppets’ Scott Wheeler that “I don’t want to be known as a female sports host, I just want to be known as a sports host,” and her qualifications make her look like a tremendous choice to host a show on the Leafs. Moreover, throw in that the show will have an exceptional lineup of rotating co-hosts (Bob McKenzie, Pierre LeBrun and Darren Dreger), and this looks even better for hockey fans. Thus, the negative responses to it look even more driven by sexism. It’s this sort of backlash that’s often been cited as a reason why media organizations haven’t given women more prominent commentary roles, especially in the male-heavy (in both studio and audience) world of sports radio.

That isn’t really a good excuse, though, and the situation may be starting to change thanks to organizations electing to brave the backlash. ESPN has found plenty of success with female-led radio shows in the last year, starting with Sarah Spain and Prim Siripipat last January and moving to more recent shows such as Spain, Jane McManus and Kate Fagan’s “The Trifecta” and Michelle Beadle and Ramona Shelburne’s new show. Those shows sparked some backlash as well when they were announced, but they’ve clearly found enough success for ESPN to keep expanding radio roles for its female talent. Now TSN’s following suit. Hopefully this is just the start, and goes beyond radio. It benefits sports media as a whole to have a wide array of strong female voices in opinion and commentary roles, and while there will inevitably be some sexist backlash to that, there’s a growing case that said backlash should just be ignored.